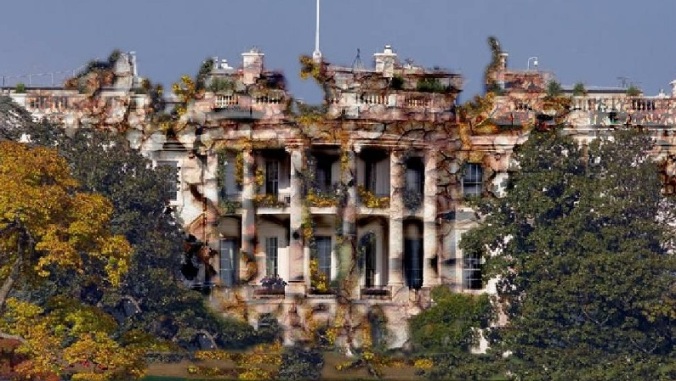 There has been a dramatic increase in hysterical, exaggerated, fact-free, unfair, dishonest and contrived attacks on President Trump in the last few weeks, creating a practical problem for Ethics Alarms. The blog is neither devoted to politics or partisanship, but  since the 2016 election and the “resistance,” progressives, Democrats and the news media decided that it was worth tearing apart the nation and ripping to shreds its institutions to remove an elected President they oppose by any means necessary. It is, as I am forced to write too often, the single greatest continuous ethics breach since the Democratic Party’s support for Jim Crow.

I have so many issues unrelated to Donald Trump, whom I dislike intensely, that I want and need to discuss here.  I spent much of both 2015 and 2016 explaining why he should never be allowed to run for the Republican nomination, be nominated for President,  or elected President. I do not retract or regret  a single essay on these matters, but I cannot sit back and ignore what the Democrats and the news media are doing. I can’t. Neither my temperament, my love for America nor my  mission here permit it.

How unethical is that headline? Let’s see…It begins with a deceit: “migrant children” is the latest euphemism for “children of illegal immigrants being used as human shields to allow them to break the law via the Think of the Children! rationalization, #58. It is also called, ironiclly, “The Universal Trump.” “ It is deceitful, the equivalent of  condemning a politicians as pro-white supremacy with a headline like: ” Senate candidate holds fundraiser in building where Lincoln was assassinated by Confederate sympathizer!”  Just as Ford’s Theater is also just a theater, Fort Sill, in Oklahoma. To quote Wikipedia,

So what the Hill did is to pick a single use of Fort Hill during its long history so it could make a sinister analogy between the Trump Administration policy regarding immigration, and the racist policy of the Roosevelt Administration regarding Asian-Americans during WWII.

The analogy is also a false one. Children entering the country illegally have to be put somewhere. The image the Hill’s Rebecca Klar intentionally evokes is that of American citizens being placed behind barbed wire fences because of the color of their skin, like this…

Not only is this not the way the young illegal immigrants will be housed, there is no fair analogy between the two situations at all.  The Japanese-Americans were interned in violation of the Constitution. They were citizens; they had homes; the government didn’t have to do anything with them at all.  They were also singled out because of their ethnicity. None of these factors apply to the children. They don’t belong here. They are not citizens. The have to be temporarily housed somewhere. Their ethnicity is irrelevant.

Finally, as we have seen over and over again, if the Trump Administration does exactly what the Obama Administration did with no uproar, it is suddenly monstrous. A TIME Magazine story points out, 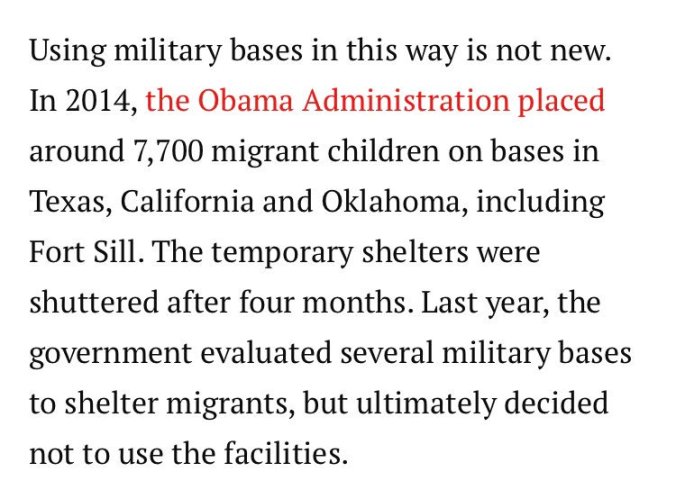 When there was a controversy over this use of Fort Sill in 2014, no media outlet raised the Japanese internment. Fort Sill was referred to as…Fort Sill.

I can’t tell you how much I loathe this kind of unethical journalism and having to keep reading it and writing about it. s I  also loathe the denials that the news media is biased.

I loathe this more, however…

“We cannot accept a second term for Donald Trump.”

“I’m concerned that if we don’t impeach this president, he will get re-elected.”

Gee, Al, if impeachment doesn’t work, I guess the only alternative is to kill him!

High-level Democratic officials now openly admit that their objective is to block democratic processes that do not give them the power they crave, and that the impeachment push is a desperation gambit to prevent the American people from being able to vote on whether they want the current President to continue in office.

I give Green credit for being honest about his party’s calculations.

Any citizen who does not condemn the Democratic attack on our system for what it is has forgotten what it means to be an American. It is unfortunate that defending our system of government requires a  full-throated and unyielding defense of a President with the repulsive flaws of Donald Trump, but the “resistance” created the crisis, he didn’t—except by winning an election.

14 thoughts on “Stop Making Me Defend President Trum…Oh, Hell, If You Care About The Country, I Guess There’s No Other Choice When Democrats Openly Say Things Like, “I’m Concerned That If We Don’t Impeach This President, He Will Get Re-Elected””