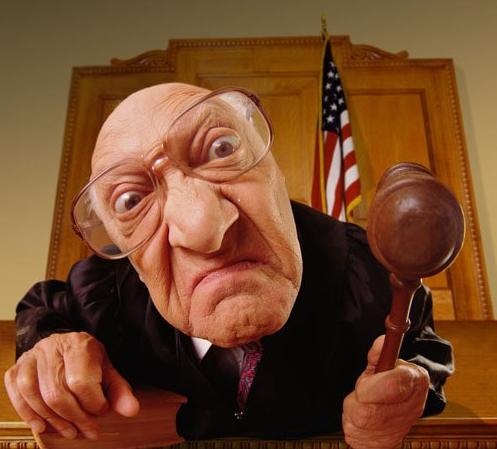 An appeals panel throws out the emoluments lawsuit filed by D.C., Maryland.

A three-judge panel of the US Court of Appeals for the 4th Circuit  held that the District of Columbia and Maryland lack standing to sue President Donald Trump over claims related to his hotel in Washington, D.C. The court  ordered a lower court to throw out the lawsuit with prejudice, meaning the lawsuit alleging violations of the Constitution’s emoluments clause could not be refiled.

The Emoluments Clause nonsense has been one of the more contrived “resistance” theories and this lawsuit was part of the organized plan of harassment against the President. Two Democratic jurisdictions filed this purely political suit as their contribution to the “resistance.”

“Even if government officials were patronizing the hotel to curry the President’s favor, there is no reason to conclude that they would cease doing so were the president enjoined from receiving income from the hotel,” the 36-page opinion said. “The hotel would still be publicly associated with the president, would still bear his name and would still financially benefit members of his family….Neither [emoluments] clause expressly confers any rights on any person, nor does either clause specify any remedy for a violation.”

The unique conflicts of interest issues presented when a multinational business owner becomes President was never imagined by the Founders, and once Trump was elected it was too late to deal with the problem equitably. The Democrats and the news media, not to mention Trump’s Republican rivals for the nomination and the legal establishment—and commentators like me, all neglected their duty to raise the issue in a timely fashion, mostly because they never thought Trump would win. They are all at fault for their own mistake. At some point, however, the issue has to be examined fairly and non-politically, with rules emerging that do not make the Presidency unachievable by anyone who is not a professional politician.

Appeals Court: The President may not block other users on Twitter, because doing so  is unconstitutional.

The federal appeals court ruling held that President Donald Trump’s blocking of critics from his Twitter feed is a  First Amendment violation  because the President  tweets to conduct official business and as part of his “bully pulpit.” Professor Eugene Volokh agrees, and that’s good enough for me: the Constitutional Law expert writes at Reason.

[O]ne can argue that @RealDonaldTrump is run by President Trump in his personal capacity, not his official capacity; but once the court rejected that view, then it doesn’t matter that @RealDonaldTrump is a forum set up on a private company’s computers. Though Twitter, as a private actor, isn’t bound by the First Amendment, a government official, acting in his official capacity, is bound by it.

This controversy is the kind of thing the Trump Deranged on public media ignorantly cite as an example of the President “violating the Constitution.” Of course, the critics had no idea whether his blocking a Twitter troll was a violation or not, and neither did he, until a court ruled on the matter. All Presidents test the Constitution, and there is nothing illegal, unethical or impeachable about doing so. If SCOTUS found that the individual mandate in the Affordable Care Act was unconstitutional, that would not mean that Obama had committed an impeachable act by signing it.

That said, the President’s use of Twitter has been a net loss for him and his Presidency, not least of all because he has the literary skill of the mean girls in “Mean Girls” and proof-reading skills even worse than mine. Doris Kearns, in “The Bully Pulpit,” her book about the relationship between Teddy Roosevelt and his friend-turned-foe William Howard Taft, speaks of how deft the former was in wielding the President’s “bully pulpit into a major tool of leadership, where Taft was not. At this point, President Trump has no “bully pulpit.” When the President shoots off his mouth indiscriminately, metaphorically via Twitter or in random statements to the 24-hour news media, his statements inevitably become easily ignored background noise.

In the wake of the Twitter ruling,  a former New York state lawmaker and a congressional candidate have filed lawsuits because Rep. Alexandria Ocasio-Cortez blocked them on her personal Twitter account. I see no way her social media selectivity will not be similarly held to be a First Amendment violation.

She will then accuse the courts of being prejudiced against “people of color.” Bet on it.

US District Judge Jesse Furman rejected a Justice Department request to replace the legal team working on a lawsuit concerning the government’s effort to add a question about citizenship to the 2020 census. The government provided “no reasons, let alone ‘satisfactory reasons,’ for the substitution of counsel,” he wrote.

President Trump’s tweet asking if this is unprecedented is a good one. Local rules for federal courts in New York City require that any attorney requesting to leave a case provide satisfactory reasons for withdrawing, but this also the client, the U.S. Government, asking for new representation. Usually the client’s desires regarding a change in representation are given priority by the Court. Throughout the Trump Presidency, judges have been guided by their partisan loyalties to justify manufacturing  reasons to obstruct the President’s efforts. This ruling seems like  a particularly egregious example of the phenomenon.

The Census question at issue, “Are you a Citizen of the United States?” is self-evidently valid; the administration shouldn’t have to defend wanting to add it at all. Of course the government should know how many of its adult residents are citizens and how many are not. Those opposing the question on any basis reveal their true unethical objective of enabling law-breakers and undermining national security.