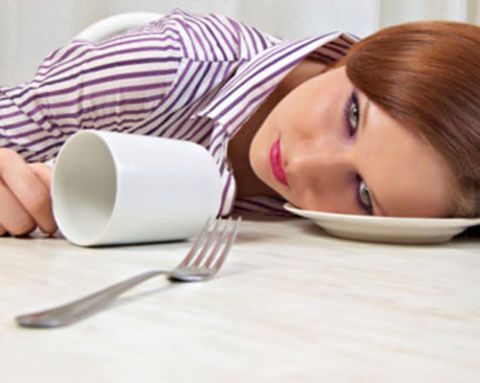 This is always one of the strangest days of the year.

Especially strange for me: I keeled over right at the start of Thanksgiving dinner for no discernible reason. One minute I was sipping a beer and feeling oddly light-headed, and the next my son was lifting me off the floor. It must have been spectacular, because it scared the hell out of everyone but my son’s girlfriend, who assumed I was staging a gag. (She got to know me fast…) I’m sorry I missed the excitement.

Today I’ve been feeling out of it, but I can’t tell whether the cause is the fainting spell, L-Tryptophan, or something else (it has been a rough week). My wife has been following me around like a bloodhound, expecting me to go down for the count.

I’ll be seeing my doctor first thing Monday. But enough about me:

1. Tit for Tat. Three women,  Jana Solis, Natalie Sept and Nicole Vogel, accused Gordon D. Sondland, the United States ambassador to the European Union, of making unwanted sexual advances toward them years ago, right after he testified as a star witness at the impeachment proceedings against President Trump. Sondland appeared before Congress and gave what was  viewed by many as damaging testimony about the President’s dealings with Ukraine and the alleged “quid pro quo.”  The timing of the accusations is suspicious, and the Left has no one to blame but itself as its weaponized “believe all women” nonsense circles around like the deadly torpedo in “The Hunt for the Red October.” This was begun by Anita Hill, escalated by Cristina Blasey Ford, and soon such convenient accusations will have no power whatsoever.

2.Please remember: Hillary Cinton is (at least) as rotten a human being as Donald Trump, just a different kind of rotten human being. Journalist Ronan Farrow told the Financial Times  that Hillary Clinton cut him off him when she discovered he was investigating sexual assault allegations against Hollywood mogul Harvey  Weinstein. Weinstein donated tens of thousands of dollars to groups supporting Clinton’s candidacy during the 2016 presidential campaign, according to Federal Election Committee data.

Though Clinton had appointed Farrow as her special adviser on global youth issues in 2011 when she was Secretary of State and he had worked with Clinton “for years,” she quickly distanced herself from him and cancelled an interview after she learned that he  was looking into Weinstein’s harassment and sexual abuse.

“It’s remarkable how quickly even people with a long relationship with you will turn if you threaten the centers of power or the sources of funding around them,” Farrow said. “Ultimately, there are a lot of people out there who operate in that way. They’re beholden to powerful interests and if you go up against those interests, you become radioactive very quickly.”

It’s not remarkable. What’s remarkable is that so many women still get misty over the fact that this cynical hypocrite who pretended to be a feminist champion while allying herself with people like Bill Clinton and Harvey Weinstein was deservedly defeated in the 2016 election.

3. Well, so much for Mr. Peanut. Planter’s Peanuts has a TV ad featuring Alex Rodriguez, twice proven steroid cheat and one of the most detested super-stars in baseball history. Like Barry Bonds, Rodriguez stand for the proposition that you can lie and cheat and still get away with all your ill-gotten gains while the suckers who abide by the rules have to eat at Wendy’s.

ESPN didn’t help by making him a member of its Sunday Night baseball broadcast, and then J-Lo went and got engaged to the scum, giving him an undeserved boost up the cognitive dissonance scale.

Planters is officially endorsing lying and fraud, and that’s nuts.

4.  Thanks, Colin Kaepernick (and Black Lives Matter, “Hand up, don’t shoot!” and Barack Obama…)! An on-duty Kiefer, Oklahoma police officer dropped by Starbucks on Thanksgiving Day to buy drinks for his department’s 911 dispatchers who were working shifts on the holiday in the town of . Every cup in the order was labeled with the word “PIG.” When Kiefer Police Chief Johnny O’Mara, called the Starbucks location and spoke with a manager, she offered to relabel the cups.

Sure, that would make everything all right!

Starbucks issued a formal apology, and said the barista responsible is “suspended” pending an investigation. What is there to investigate? The cups are smoking guns:

Both the barista and the manager should be fired. Then watch Starbucks: when two black men were ejected from a store in Philadelphia for refusing to buy anything, Starbucks subjected its national staff to extensive training and changed its policies. What will it do after its staff that cheered the NFL kneelers (and their leader who wore socks portraying police officers as pigs) abuseed police in the name of “wokeness”?

5. Ah, college football, molding boys into men, teaching sportsmanship, nobility and courage, and making alumni and students alike proud of their school!  Ole Miss trailed Mississippi State 21-14 late in the fourth quarter yesterday in an old and passionate state rivalry.  Mississippi State one more win to become eligible for a bowl game. Ole Miss started its final possession on its own 18-yard-line, but dramatically scored on a fourth-and-24 do-or-die 57-yard pass. With just four seconds left, set up at Mississippi State’s two-yard-line, Ole Miss quarterback Matt Corral found Elijah Moore with a pass to the left side. Moore caught it at the one and pushed his way into the end zone to tie the game, assuming the kick was good.

Then he got down on all fours and lifted his leg to mime a dog pissing in Mississippi State’s end zone. Moore had to know that this would draw a penalty:two years ago, an Old Miss receiver caught a 63-yard pass for a touchdown and also celebrated by lifting his leg in the end zone,  and drew a 15-yard penalty for unsportsmanlike conduct as a result. I guess he didn’t care.

The flag was  thrown on Moore after his canine impression, and the ball was placed 15 yards up field. Now the extra point had to be licked from from 35 yards away instead of the usual 20-yards. The Old Miss kicker missed.

“That’s not who we are. We’ve been a disciplined team all year, and so just disappointed that happened,” said Matt Luke, the head coach of Old Miss after the game. Two penalties in two years for a an unsportsmanlike pissing dog routine following a touchdown? That’s who they are, all right, and the coach is accountable.