1. Lesson: Don’t underestimate the Duke! It looks like John Wayne is stronger than the cancel culture after all.  Earlier this year the Woke Avengers tracked down an old Playboy interview where the actor made some inflammatory remarks about blacks and Native Americans (I thought then and I think now that the Duke was deliberately trolling his liberal critics, but it was still a bad interview.) Predictions were rife that the most enduring, influential and popular screen icon of all time had reached the end of his run. It doesn’t appear so: at least two cable channels are running John Wayne film marathons on or around Christmas.

2. The ethical response: feel compassion for Hillary. There are people who get run over and squashed by life, their own failings, and bad luck. We don’t have to like all of them, but the Golden Rule argues that we should feel some pity and compassion for them, even though many have brought some of their misery on themselves.

I think about this when I see, for example, Marcia Clark, the losing prosecutor in the O.J. Simpson case, and her desperately tucked and altered face as she transitioned into a B-media personality. The earliest example of this syndrome that I can remember noticing was perennial Republican Presidential candidate Harold Stassen, with his dazed expression and bad toupee, who once thought he was going to be President. Dubbed the “Boy Wonder,” Stassen was only 41 when he seemed to be on his way to winning the Republican nomination for President for the 1948 election in which President Harry Truman was widely regarded as both a lame and dead duck. Stassen lost the convention battle, however, to Thomas Dewey, of subsequent “Dewey Defeats Truman!” fame. After that, Stassen ran for President in 1952, 1964, 1968, 1980, 1984, 1988, and 1992 , gradually becoming a laughing stock. (He also ran unsucessfully for Governor of Minnesota,  the United States Senate twice, Governor of Pennsylvania twice, Mayor of Philadelphia once; and U.S. Representative). I just thought he was a buffoon until my father told me about his many accomplishments before his dreams were crushed. He was one of the founders of the United Nations, for example.

As I made pretty clear in 2016, when I wrote almost as many critical posts about her and her generally awful ethics as I did about our current President when he was a candidate, I am not a fan of Hillary Clinton. I’ve continued to write critical commentary about her, because she continues to operate with wildly malfunctioning ethics alarms. She is stuck now, in Kübler-Ross terms, in the first three stages of grief: denial, pain and guilt, and anger and bargaining because she lost the election she was certain she was going to win. (So is the entire Democratic Party.)

Now look at her: 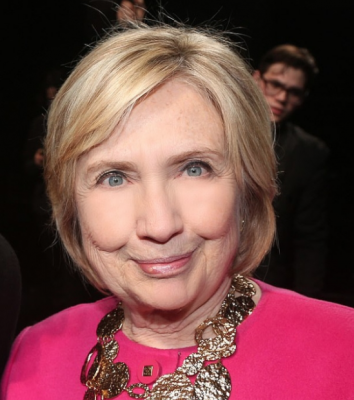 3. Marvin Miller makes it into the Hall of Fame. Yecchh. Marvin Miller was described in his obituary as “an economist and labor leader who became one of the most important figures in baseball history by building the major league players union into a force that revolutionized the game and ultimately transformed all of professional sports.” I have no quarrel with any of that. Miller was a labor activist who did his job extremely well. I would put him into a labor leader’s Hall of Fame—-I’m sure one would get at least a hundred or so visitors a year—without blinking. He no more belongs in the the Baseball Hall of Fame in Cooperstown, NY than I do, but he was posthumously elected to that Hall of Fame last week.

When we saw Gerrit Cole wear a cap with his agent’s logo minutes after his Houston Astros lost Game 7 of the World Series, that was the baseball culture Marvin Miller created. I don’t blame him for that, any more than I blame any lawyer who zealously represents his clients. I don’t blame him for the player strikes he led, either, though the one in 1974 almost killed the game, and I certainly don’t blame him for destroying the old system where baseball players had no bargaining power, and were treated by greedy and dishonest owners like chattel. That had to be done eventually, and the players found the right mercenary to do it.

I object, however, to enshrining anyone in baseball’s hall of honor who didn’t care anything about baseball. I’ve never seen any evidence that Marvin Miller was even a fan. If getting the most money for his clients, the players’ union, meant wrecking the sport, he would have been happy to wreck it, without regret. Good advocates, like lawyers,  are like that. Nevertheless, he didn’t care about the fans, the game, or the future. Any benefits he helped bestow on the game were incidental.

I know, and Miller knew, that baseball’s executives kept him out of the Hall all this time because they hated him, and the fact that he beat them. It was a case of doing the right thing for the wrong reason. Miller was rejected six times by various compositions of the veterans committee, and in 2008 he made a formal request to the Baseball Writers’ Association of America , which makes up the  ballot, to leave him off. “The anti-union bias of the powers who control the Hall has consistently prevented recognition of the historic significance of the changes to baseball brought about by collective bargaining,” Miller wrote, combative as ever. Where does it say that the Baseball Hall of Fame was there to honor collective bargaining?  Still, he continued to be nominated even after his death in 2012, mostly, I believe, because sportswriters have increasingly become shills for left-end politics.They want a champion for working class heroes in the Hall of Fame, even though Miller helped transform baseball heroes into transients who want more money no matter how much they have, and are eager to abandon fans and idolizing communities for whoever is willing to pay the most.

I can just see a father leading his son through the museum at Copperstown, and standing in reverence with his children before Marvin Miller’s plaque and his appropriately villainous visage…

“Why, because of him, son, our family can’t go to baseball games, because seats cost as much as tickets to Broadway shows!  And because of him, players won’t even look at you when you ask them for autographs, as they walk to their Jaguars! Thank Marvin Miller!”