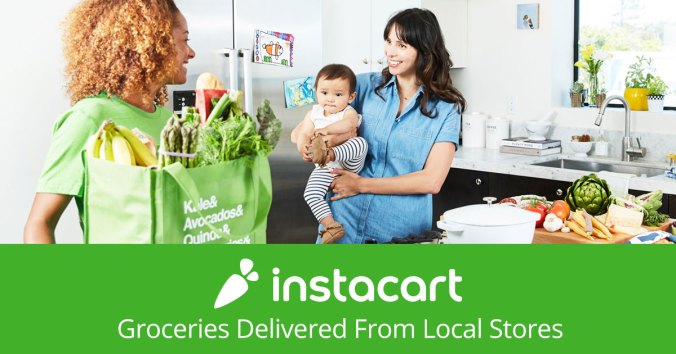 With the demand for grocery delivery exploding  and many consumers worried about buying the items they need and arranging for a delivery. Instacart is one of several delivery companies  expanding rapidly to meet the demand for shoppers created by the pandemic; the company recently announced plans to hire 300,000 more full-service shoppers.

A troubling number of people are offering tips as high as $50 or more for Instacart workers to pick up their orders, then renege on the tips after the delivery. This a classic bait and switch, but a particular cruel one when the shoppers are desperate for income and have  risked their own health to get pick up their customers’ groceries.

Before accepting a “batch”  which can consist of one or a few orders from different customers, workers can see the items requested, the store location, the payment Instacart provides workers for the job, and the tips being offered. But Instacart allows customers to change tip amount for up to three days, and greedy, mean-spirited customers, surely employing any one of many serviceable rationalizations on the list,  exploit that system to cheat the shoppers.

Instacart claims that the vast majority of customer last month adjusted their tip upward or left it as promised.  The company recently removed the “none” tip option, so users who want to tip nothing have to change a tip manually.

One woman who became a “full service shopper” for Instacart told CNN she has already been stiffed by several bait-and-switch tippers in Pennsylvania, like the customer who  put a $32.94 tip on a large order from Sam’s Club, then knocked the tip down to zero after delivery.

The company encourages people to “please consider tipping above and beyond to reflect the extra effort of your shopper,” but for tip-baiters, that encouragement obviously isn’t enough. Other services such as Uber Eats and Postmates, which offer on-demand meal deliveries, allow customers a smaller window to change tips, but that alone won’t discourage the practice. Attorney Bryant Greening,  told CNN Business that his law firm has discussed the possibility of class action litigation against Instacart, and even suits against individual customers. for breach of contract.

“It’s truly evil to bait and switch in this type of environment,” said Greening. “Their livelihood and well-being are on the line. When these shoppers and drivers see a high tip, it’s an opportunity for them to put food on the table, so they’re more willing to take a risk on their health to achieve that goal.”

Instacart could address the problem by requiring a fair minimum tip, insisting that customers who reduce the promised tip explain their reasons, and ban customers who appear to be engaging in tip-baiting.

The problem, however, isn’t policies as much as it is unethical people.