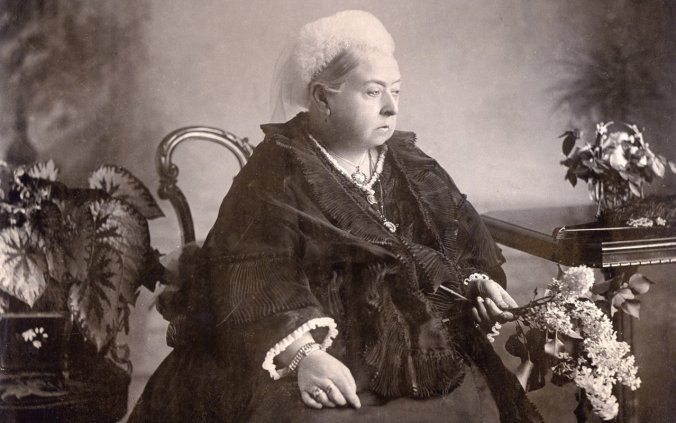 Adding international and historical perspective  to yesterday’s post regarding President Trump’s “dark and divisive” speech at Mt. Rushmore ( the mainstream media narrative has been so remarkably consistent that it has been credibly suggested that a memo went out. I could believe it…), E2 gives us this Comment of the Day on “Independence Day With Ethics Alarms 1… Ethics Quote Of The Month: President Donald Trump”:

Doesn’t anyone know any history? As an amateur historian of British history, Churchill, the Holocaust, and WWII, I understand the horrors of British imperialism in the 18th-19th century (Africa, the Near and Far East, and on and on), but…

Queen Victoria (against the South’s fond hopes) refused to support the Confederacy for one reason: slavery. Despite England’s need for cotton, she wouldn’t put her stamp of approval on slavery in the interest of their economy. Of course one could argue that British imperialism was almost as bad as slavery, but it really was not, and unlike the French, who conquered African nations, hunted with chieftains, slept with their women, stole their resources, then left when it seemed appropriate or necessary, the British, in their unique fashion, created whole government structures (e.g. India) that survived as useful bureaucracies after WWII and the end of British imperialism. Smart they were, though, creating the British Commonwealth, which their conquered countries could join if they chose. An amazing number did.

But slavery of a particular race was not in the British ethic. (Or the Romans either, who enslaved everyone they conquered, regardless of race/origin/culture…) The result — especially after WWII — is that Britain became populated by traditional Englishmen, Indians, African blacks, Asians — all with the hope and most always the realization of good, safe, respected, lives. (The European Union, Brexit, etc., is changing that, I’m sure. It’s been a decade since I’ve been to England.) But to the point:

Slavery is our country’s original sin. Our treatment of Native Americans also. Somehow we have to get over that. But erasing our history — demeaning Founders who were slaveholders when they were men of their culture then — will not solve the problem, will it? We have to face it. And we have to stop assigning blame to those — from the 17th century and onward — who were part of this original sin. An example (ignoring Washington for the moment): In retrospect, in our 21st century “wisdom,” we should now remove the Jefferson Memorial because Jefferson — author of the Declaration of Independence, a genius, a thinker and inventor, and a high water mark in the group of Founders who put their very lives on the line to break from Britain — was a slaveholder in 1776?

I am very concerned about this. Re-writing, erasing our history will not fix the problem. Erasing people from our history will not fix the problem. When I was a kid we lived next door to a USSR diplomat, who was our friend; he was highly placed — a general — and his wife and daughter were our friends as well. We knew them for about four years. Then he was suddenly sent back with one day’s notice to Russia. A few years later, when my mother was on some womens’ group tour of Russia, she asked about him, said they had been neighbors and friends, and would love to see him. Several days later, her tour guide told her that she must be mistaken about his name: there never was a general by that name, and none who served in the diplomatic corps. So clearly and horrifyingly for us, our old Russian friend had made it to the Gulag. He was erased. But not for my family. They were our neighbors, for God’s sake…

It is not enough — will never be — to simply apologize for our sin of slavery, and the concomitant bias and prejudice that followed. But pretending that it’s my and recent generations’ fault is not the answer either. Right now, I see this all as only an opportunity to create chaos: no one really wants to engage and try to heal wounds.

Trump’s speech was a unifying one. And I am not a Trump fan. I don’t know who wrote it, but it was exactly right for a President of the United States. For Trump-bashers to somehow find a way to make it racist and divisive does not serve the country, their ’cause,’ or their own integrity.

Just don’t know what’s next, and frankly, I am afraid.

15 thoughts on “Comment Of The Day: “Independence Day With Ethics Alarms 1… Ethics Quote Of The Month: President Donald Trump””