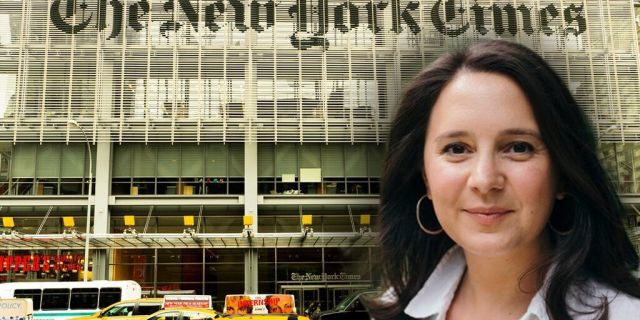 I supposed that should have read “former New York Times editor Bari Weiss.” Until her resignation today,  from 2017 to 2020, Weiss was the staff editor for the opinion section of the The New York Times.

Her letter of resignation to the Times publisher is here.  It is beyond excellent, beyond brave, beyond important.  It is breathtaking.

She writes in part,

I joined the paper with gratitude and optimism three years ago. I was hired with the goal of bringing in voices that would not otherwise appear in your pages: first-time writers, centrists, conservatives and others who would not naturally think of The Times as their home. The reason for this effort was clear: The paper’s failure to anticipate the outcome of the 2016 election meant that it didn’t have a firm grasp of the country it covers…

But the lessons that ought to have followed the election—lessons about the importance of understanding other Americans, the necessity of resisting tribalism, and the centrality of the free exchange of ideas to a democratic society—have not been learned. Instead, a new consensus has emerged in the press, but perhaps especially at this paper: that truth isn’t a process of collective discovery, but an orthodoxy already known to an enlightened few whose job is to inform everyone else…

Stories are chosen and told in a way to satisfy the narrowest of audiences, rather than to allow a curious public to read about the world and then draw their own conclusions. I was always taught that journalists were charged with writing the first rough draft of history. Now, history itself is one more ephemeral thing molded to fit the needs of a predetermined narrative.

My own forays into Wrongthink have made me the subject of constant bullying by colleagues who disagree with my views. They have called me a Nazi and a racist; I have learned to brush off comments about how I’m “writing about the Jews again.” ….some coworkers insist I need to be rooted out if this company is to be a truly “inclusive” one… Still other New York Times employees publicly smear me as a liar and a bigot on Twitter with no fear that harassing me will be met with appropriate action. They never are….

I do not understand how you have allowed this kind of behavior to go on inside your company in full view of the paper’s entire staff and the public…Showing up for work as a centrist at an American newspaper should not require bravery.

… the truth is that intellectual curiosity—let alone risk-taking—is now a liability at The Times. Why edit something challenging to our readers, or write something bold only to go through the numbing process of making it ideologically kosher, when we can assure ourselves of job security (and clicks) by publishing our 4000th op-ed arguing that Donald Trump is a unique danger to the country and the world?

Do read it all.

Maybe Weiss’s bold and unquestionably true letter is the metaphorical slap in the face of the mainstream media that will make journalists realize that they have squandered their credibility, destroyed the trust that the citizens of a republic must have for the principles of responsible democracy to work, and shredded their own professional ethics standards, leaving nothing but bias,  greed and rationalizations in their place.

Maybe, having been forced to face their betrayal of the American people, journalists will confront the disastrous choices they have made since 2016 and before, take a courageous and merciless inventory of their flaws, mistakes and misconduct, and following necessary and courageous reforms, lead U.S. journalism to a new  Golden Era of fairness, diligence, objectivity, and honesty.

Nonetheless, thank you, Ms. Weiss. It is both gratifying and encouraging to have the conclusions reached here regarding American journalism and discussed at length during the past four years confirmed by an insider.