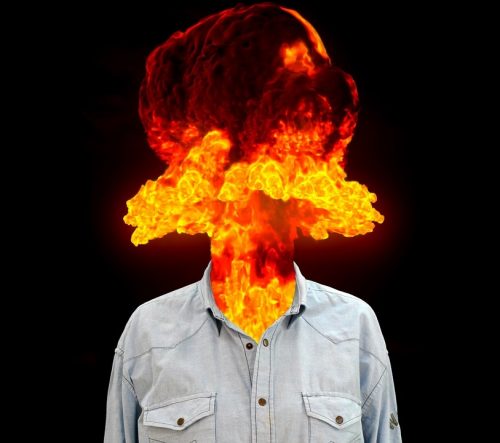 Now this  is res ipsa loquitur.

My head exploded when I saw what you will see below, so you are warned. The racist chart  is from the anti-white section of  the  Smithsonian’s National Museum of African American History and Culture’s  web page.

The page and its agitprop are also anti-black: hard work, punctuality, believing in cause and effect, “rational thinking,” respect for authority, and civility  are all manifestations of “whiteness”, according to the museum. Writes Rod Dreher, obviously post head-explosion…

Did David Duke write this stuff? It’s crazy! If a white man said that black people are lazy, can’t keep to a schedule, have no respect for authority, can’t think straight, are rude, etc. — he would be rightly criticized as racist. But there it is, at the taxpayer-funded National Museum of African American History and Culture. Why? Why do we pay for this racist propaganda? …

The museum teaches black people that being on time for work is racist oppression. Don’t believe me? Look. … I can’t get over this. If you assume that everything these curators say below is true, then you can explain a great deal of the chronic problems within black America. What kind of neighborhood would you expect to have if most of the people in it devalued hard work, rejected the idea that they needed to be on time, refused to defer gratification, did not respect authority, sought out conflict, laughed at politeness, rejected the traditional family model, and so forth? You’d have communities that were beset by crime and generational poverty, without the cultural tools to overcome the chaos. There are plenty of white people in this country who live by similar rules — and they’re chronically poor too.

Hold on to your skull! Here is the chart:

45 thoughts on “KABOOM! Anti-White Stereotyping At The Smithsonian’s National Museum of African American History and Culture”