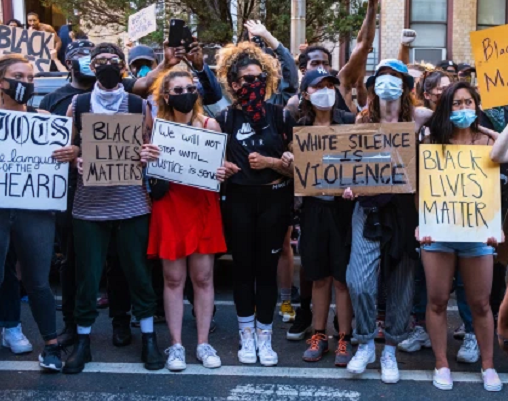 His argument deserves a debate. So far, the strategy has been to ignore him.

The conservative New York tabloid, the New York Post, published an opinion piece  last Sunday with the headline “The Fallacy of White Privilege.” The author was Rav Arora,  a 19-year-old Sikh immigrant, brought by his parents to Canada from India at the age of 4. “[M]y family suffered tremendous economic hardships and cultural challenges,” he wrote. “My father drove a taxi at night and my mom worked many menial jobs as a cook, housecleaner, barista and motel cleaner.” Ultimately, he says, the family escaped poverty to become successful and financially secure. Rav himself is obviously well-educated and adept at critical thinking.

Rising from poverty to economic prosperity is a common narrative for immigrants from all backgrounds in the West. For example, after the communist takeover of Cuba in 1959, many refugees fled to America, leaving most of their wealth behind and having to start from the bottom. But by 1990, second-generation Cuban Americans were twice as likely to earn an annual salary of $50,000 than non-Hispanic whites in the United States. The notion of white privilege stems from the idea that white people have benefited in American history relative to “people of color”…[but]  the concept of white privilege can’t explain why several historically marginalized groups out-perform whites today.

In the rest of his essay,  Arora uses  government statistics to cast doubt on the “white privilege” narrative. For example,

Asian-Americans in general undermine the “white supremacy” narrative, so they are conveniently stuffed into the “POC” category as activists hope nobody asks embarrassing questions.

“According to median household income statistics from the US Census Bureau, several minority groups substantially out-earn whites. These groups include Pakistani Americans, Lebanese Americans, South African Americans, Filipino Americans, Sri Lankan Americans and Iranian Americans (in addition to several others). Indians, the group I belong to, are the highest-earning ethnic group the census keeps track of, with almost double the household median income of whites.”

Gee, that’s interesting! Why isn’t Arora being featured on today’s talking head shows, as panels of experts huminahumina* attempted explanations about why this doesn’t explode the whole white privilege narrative? I’m not saying they couldn’t show his argument is flawed. I’m asking why they won’t try.

In one of my periodic enlightening conversations with immigrant cab drivers, a loquacious cabbie from Africa told me, unsolicited, “There’s no prejudice in the country against blacks. There’s a prejudice against native American blacks. I always feel respected here. I think it is my accent and my work habits.”

“[S]uicide rates are disproportionately high among the white population. In 2018, whites had the highest suicide rate of 16.03 per 100,000. The New York Times has reported that whites are dying faster than they are being born in a majority of US states — in large part due to high rates of substance abuse and suicide. In comparison, black Americans had a suicide rate less than half of whites (6.96). . . .”

To this he adds,

“If we look at health outcomes reported by the Centers for Disease Control and Prevention, we find that African Americans are less likely than whites to die of several health conditions such as bladder cancer, leukemia, esophageal cancer, lung cancer, . . . brain cancer and skin cancer, to take a few arbitrary examples. But no one in their right mind would protest any ‘health privilege’ enjoyed by African Americans in these instances.”

There is more. It’s a brave and provocative piece. Too bad the people who need to read it won’t.

* I’m going to add “huminahumina” to the  Concepts and Special Terms list. It refers to what poor, perpetual screw-up Ralph Kramden (played by Jackie Gleason) would babble incoherently when he was caught, as he often was, in a lie or an embarrassing situation that he couldn’t talk his way out of, on the old TV sitcom, “The Honeymooners.” (It is often, and incorrectly, referred to as “hominahomina.”)

Today, it was used as a verb.

21 thoughts on “From The “Don’t Confuse Us With Facts, Our Minds Are Made Up!” Files: A 19-Year-Old Sikh Immigrant Rebuts “Systemic Racism””