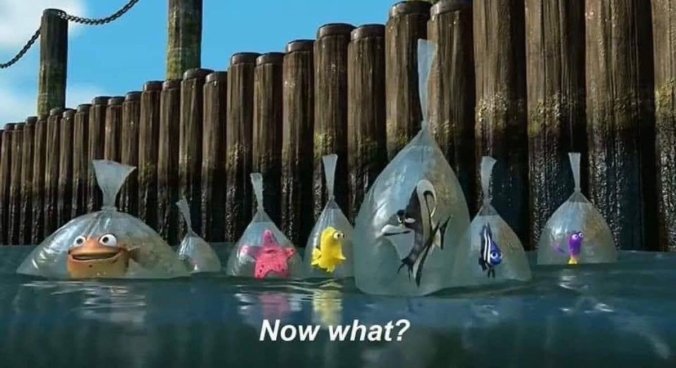 Bill Wolf nabs his first Comment of the Day with his answer to the question, “Now what?” Is it a political comment?  I suppose so. Yet his topic lies where politics and ethics intersect, particularly with the news media’s betrayal of their duty to report the news straight, rather than to assist in the partisan propaganda that creates the infuriating resistance to reality that Bill observes in  his friends.

This is all a continuation of the apparently endless 2016 Post-election Ethics Train Wreck, and the terrible destruction it has wrought on our nation. I immediately perceived the danger; I did not come close to foreseeing  how  relentless the effort to overturn Trump’s election, or, that failing, to make it impossible for him to govern. I did not anticipate how low Democratic leaders would stoop, all the way to a contrived impeachment. The lack of basic fairness, civic responsibility, and decency on the part of our political class has contributed greatly to the ethics blindness of the public: predictable, since the fish rots from the head down. I was think of this just yesterday, viewing a tribute to the late John Lewis that referred to his reputation as “the conscience of the Congress.”  Right. The  “the conscience of the Congress” intentionally divided the country and advanced the Big Lie that the President is a racist by boycotting the Inauguration.  I will not shed any tears for John Lewis.

But don’t get me started…

What to do? That is the question. Where it is nobler in the mind to suffer the twits and posts of outrageous pronouncements, or take arms against a sea of lies, false accusations, and cover-ups, and by opposing end them. So speaketh the Bard. But how?

I am amazed time and again when, within my small group of friends and relatives, I confront these opposing views, the disparity of information between the two sides. They are adamant that Trump is a racist, and by extension those who support him, Russian collusion is still alive and well in their minds, the Gestapo that have been released to unlawfully confront the rioters, that masks are the panacea against this virus, but not effective enough to allow schools to reopen or keep prisoners behind bars, and countless others. My “alternative facts”, using Kellyanne Conway’s term so universally condemned, are simply ignored with a scoff, a contemptuous roll of the eyes and shaking of the head, or laughed off as the ravings of a misguided fool, but never directly addressed.

So how do we turn the tide? THE ELECTION. We have 100-days to stop the powers that want to remake this country into some kind of socialist/Marxist utopia. Forget fighting each little skirmish that erupts from the maceration of the Big Lies, and dwell on the salient question: What political, economic, and social philosophy do you want shaping the country for the next four years? It is not Trump v. Biden. It is America v. Something Else.

Are a majority of American actually ready to abandon the foundation of what made this country great or is it an extremely vocal minority with a voice greatly amplified by the megaphone of the press and social media? I have to believe it is the latter.

I am heartened by a recent American Spectator poll ( https://spectator.org/conservatives-moderates-self-censor-cato-poll-silent-majority/ ) that dramatically indicates and majority of Americans over 18-years of age have political views they are afraid to share.

It is, as the article points out, significant that they do not claim to be apathic or unmotivated to share their beliefs, but “afraid”. What beliefs are they afraid to share, Trump is a racist, Black Lives Matter, Defund the Police, and Silence is Violence? I don’t think so.

The battle in front of us is to defeat the progressive socialists on November 3rd, and if successful, pray that those we elect do not pull an “Et tu, Brute”.