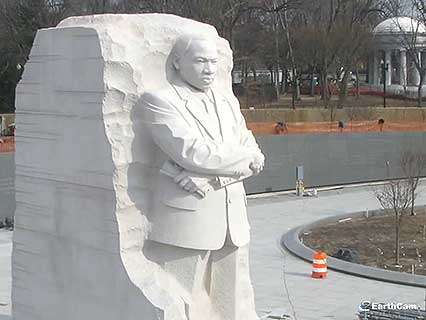 Maybe everyone knew this, but I sure didn’t. Or maybe most people didn’t know this because we aren’t supposed to know it.

The story came to my attention while discussing this post, about the title “Dr.” being used in dubious circumstances. I was looking at the degrees of other famous figures knows as “Doctor”—Dr. Ruth (like Jill Biden, just a doctorate in education, nothing medical) , Dr. Joyce Brothers (a PhD in psychology), Dr. Phil (once a medical doctor, but he lost his license), Dr. Laura (a degree in…physiology???) and others. Then a commenter mentioned Martin Luther King, Jr., who was frequently and still is frequently referred to as “Dr. King.” The civil rights icon had a doctorate in philosophy from Boston University (my Methodist minister father-in-law had a doctorate in theology from Harvard, and it never occurred to me that he was a “doctor,” nor did he ever suggest that anyone address him as such), but that’s only half the story.

A committee of scholars appointed by Boston University concluded today that the Rev. Martin Luther King Jr. plagiarized passages in his dissertation for a doctoral degree at the university 36 years ago.”There is no question,” the committee said in a report to the university’s provost, “but that Dr. King plagiarized in the dissertation by appropriating material from sources not explicitly credited in notes, or mistakenly credited, or credited generally and at some distance in the text from a close paraphrase or verbatim quotation.

“Despite its finding, the committee said that “no thought should be given to the revocation of Dr. King’s doctoral degree,” an action that the panel said would serve no purpose.But the committee did recommend that a letter stating its finding be placed with the official copy of Dr. King’s dissertation in the university’s library.The four-member committee was appointed by the university a year ago to determine whether plagiarism charges against Dr. King that had recently surfaced were in fact true. Today the university’s provost, Jon Westling, accepted the committee’s recommendations and said its members had “conducted the investigation with scholarly thoroughness, scrupulous attention to detail and a determination not to be influenced by non-scholarly consideration.

“The dissertation at issue is “A Comparison of the Conceptions of God in the Thinking of Paul Tillich and Henry Nelson Wieman.” Dr. King wrote it in 1955 as part of his requirements for a doctor of philosophy degree, which he subsequently received from the university’s Division of Religious and Theological Studies.“

What did they mean, “it would serve no purpose”? How about the purpose of maintaining the integrity of the university and its doctorate program? Plagiarism on a dissertation would mandate forfeiting the degree under normal circumstances, and I’m not aware of a statute of limitations on academic fraud. The problem is compounded by the fact that King encouraged followers and the media to call him “Dr. King,” and he knew the truth about his degree.

Quite apart from that, the university not taking action when it is determined that a graduate’s degree was dishonestly acquired is especially problematical when the recipient was an important historical and cultural figure.The public has a right to know who they are honoring, following and idolizing. Rationalization #11, The Kings Pass should have no limits on its prohibition.

As we have seen in other areas, Martin Luther King is, like Thomas Jefferson, a prime example of a man whose contributions to society were accompanied by a very flawed character.

Do let me know when anyone starts advocating the tearing down of his memorials and statues, or renaming buildings and streets honoring “Dr.” King.