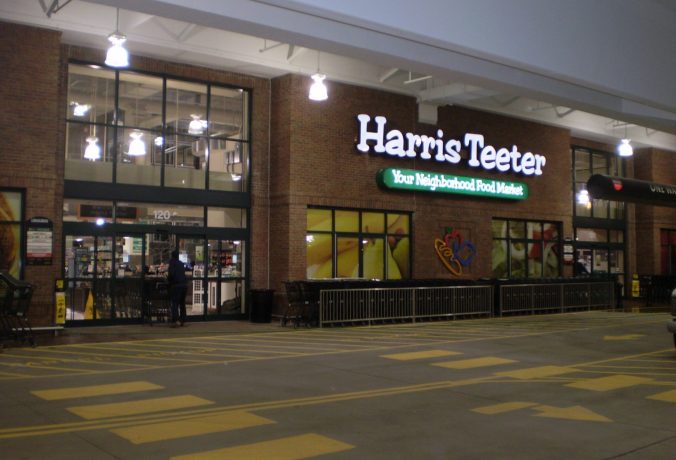 I was doing a quick shopping run this afternoon at the local Harris Teeter’s, and ran into one of those little ethics challenges that eventually define us all.

As I was placing all my items on the conveyor belt, the nice old guy loading my cart—he’s helped me before—pulled the cart ahead so he could start putting in the bags. I had to catch up to to it to rescue the soft-drinks in the lower section of the cart. Eventually all was well and I was checked out— I saved 50 bucks!—and I rolled my bounty into the parking lot where I began loading it all into the trunk. Just as I thought I had finished, I noticed a large pack of paper towels (speaking of Bounty), maybe 15 dollars worth, sitting in the bottom of the cart in the front where I had originally put it. I got a horrible thought: had I left teh store without paying for it? I didn’t recall putting it on the belt. I decided that it must have escaped the old bagger’s attention when he pulled my mostly empty cart past the register.

So I was a paper towel thief. Now what? There was a huge line at all the registers. I could take the package to the customer service counter, but my receipt had the name of the cashier on it, and I worried that I would get her in trouble. I’ve been in these mess-ups before, and usually everyone would rather just avoid the hassle of getting it straight. I even considered driving back to the store tomorrow and just paying the money after explaining what happened. I checked the receipt, and didn’t see the item, but then I didn’t see several things I knew I had purchased. After avoiding several bouts of “Oh, hell, it just paper, why not go home and forget about it?,” I decided to be late coming home and to just get at the end of the line with the paper towels.

A few feet from the entrance, something made me check the receipt one more time, and there it was, the next to last entry. I had paid for it.

I felt so relieved—but not because I didn’t have to go through the grief of checking out the package. I felt relieved because with all the things going through my head, including about 20 rationalizations, I had come to the ethical decision.

That was a close one…