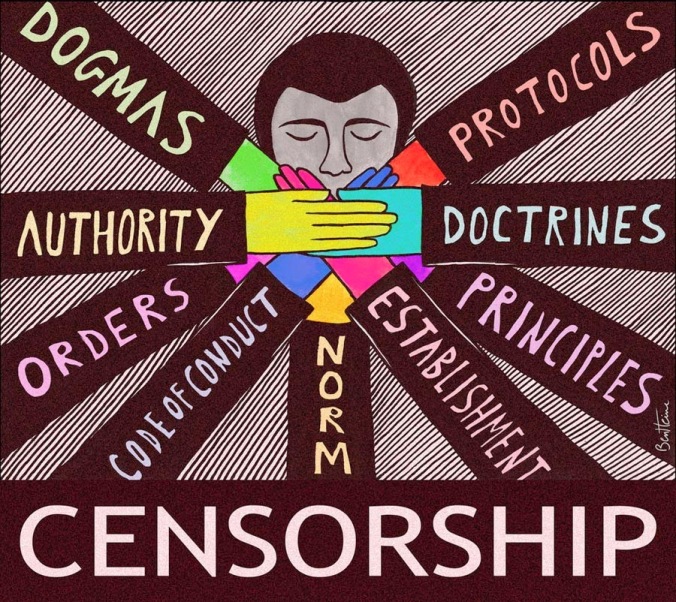 That’s impressive: Facebook’s “quasi-independent” review board is even more unethical than I thought.

That board’s membership was in my print version of the New York Times yesterday. If it’s on the web, it’s too well hidden for me, but here is the disturbing part: on the 20 person board, 15 of the “‘experts” don’t live in the United States of America.

Let’s make this clear: as Tom Slater of “Spiked!” correctly points out, Facebook’s banning of Trump ‘represented one of the most terrifying corporate interventions into democratic politics in recent memory. In removing Trump from its platform, used by around 70 per cent of adult Americans, Facebook was effectively standing between a president and his people, depriving him of access to what now constitutes the public square. This is an assault on democracy that makes the surreal storming of the Capitol pale into insignificance.”

Exactly. And to review a decision with massive consequences for our nation and its public, Facebook turns to distant arbiters who 1) have no stake in the fate of the United States at all and 2) lack the cultural values unique to this country of treasuring and protecting free speech and expression.

This is astounding, stunning, horrifying. I don’t care whether the program manager for West Africa’s Open Society initiative, or the senior editor of the Jakarta Post, or a professor at National Chenaghi University, or a professor at a Rio de Janeiro Law School think our President of the United States should be able to communicate with the public through social media. These people, and the rest of the 75% of the board, don’t life under our Constitution, they don’t have a First Amendment, and I’m willing to bet that I understand our Presidency, history and values better than any of them.

As for the five Americans, we have among them co-chair Jamal Greene, a Columbia law professor who has tweeted, “The transparency of Trump’s unfitness means, almost tautologically, that a big chunk of his supporters are conspiracy-minded, ” and John Samples, vice president of the Cato Institute who appeared on a podcast called “Trump’s Assault On America’s Institutions.” But I would trust their anti-Trump bias over the foreign ignorance in a heartbeat.

Facebook got what it apparently rigged the board to get: an anti-American perspective. Law professor Josh Blackmon in Reason observes that the unsigned opinion,

….expressly rejected the jurisprudence I am most familiar with: the First Amendment. Rather, they favored a body of law I know very little about. [ Prof. Eugene Volokh] observed that the Board gravitated towards principles of international law. When I read the word “proportionality,” my eyes glaze over.The decision also had other European features. The majority opinion is not signed. Nor is there a signed dissent. Rather, the opinion includes a “procedural note”

Pick your favorite analogy: I think letting Facebook delegate to a group of non-citizens the ability to silence an American President is akin to letting China censor our newscasts. And I ask this:

Why didn’t the news media focus on the foreign domination over the review board? Is the public comfortable with our politics and policy debates being controlled by cultures that routinely censor and even punish free speech?

9 thoughts on “Wait…Why Does Facebook Allow Non-Americans To Censor Our Political Discourse?”