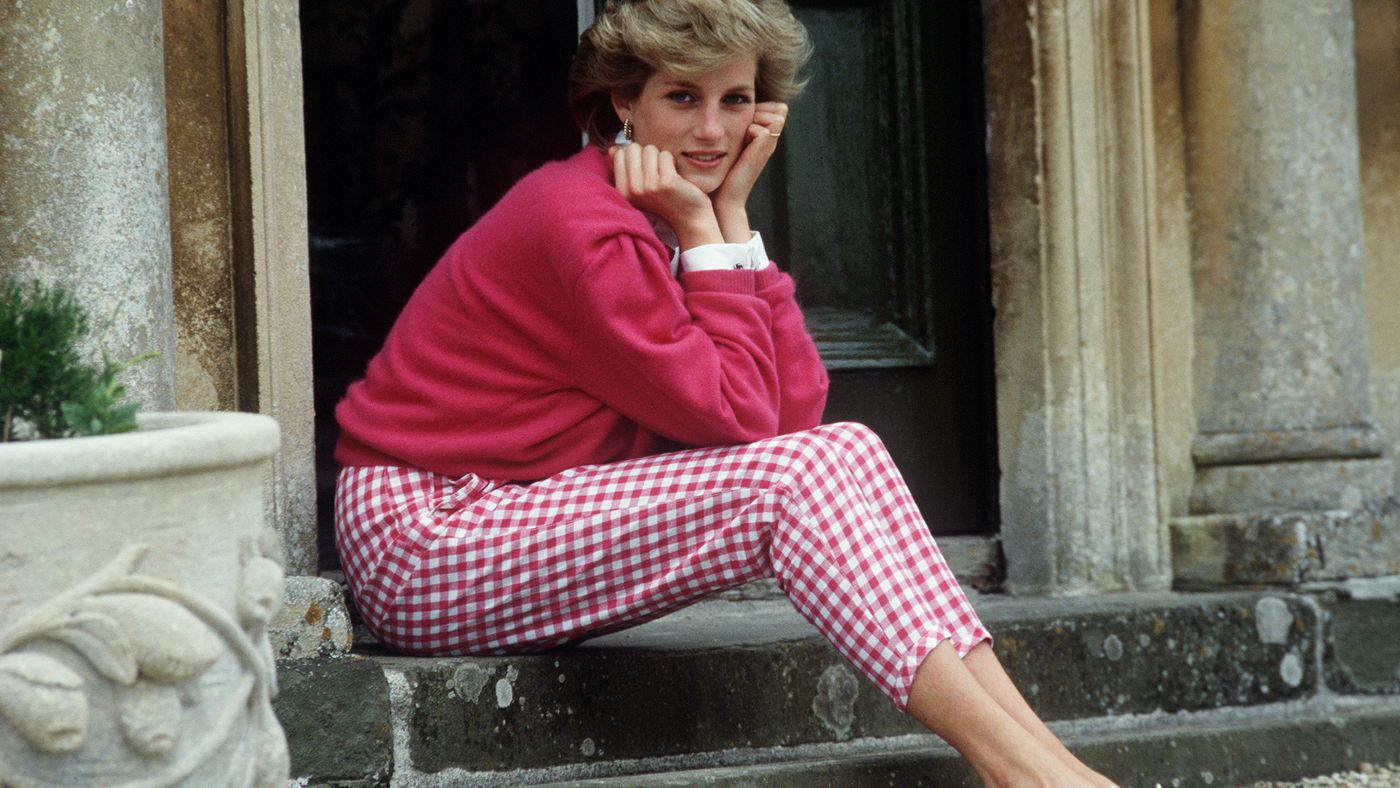 As he (and other veteran commenters) often do here, Steve-O-in NJ doesn’t merely comment on the post but elaborate and expand it, for which I am grateful. Literally by chance, my wife was watching a Netflix documentary on the Windsors, a British production that discussed the Bashir interview of the late Princess but spun it as an example of her vindictive and manipulative use of the press to strike back at the Royal Family. The producers did not, when it was written, know that Bashir had deliberately deceived Diana and her brother to provoke her.

One bit of rebuttal to Steve-O is, I think, required. Diana may have been “not too smart, not too stable” as Steve says, but like Donald Trump, who is also described that way by those who underestimate him, she had her own special genius and unique gifts. The most stunning quote in the documentary is Charles’ statement, in a letter to a friend before the wedding, that Diana was going to have a difficult time “always living in his shadow.” I am a stage director who has made a lifetime study of what gives an individual “presence” and star power, but it didn’t take an expert to discern that however young, naive and ignorant she may have seemed, Diana had blinding charisma. People with that particular gift cast shadows, they don’t get covered by them.

Here is Steve-O-in NJ’s Comment of the Day on the post, “Will The BBC’s Princess Diana Scandal Be A Tipping Point For Public Acceptance That The News Media Can’t Be Trusted?”:

So Bashir committed fraud and forgery, there’s no other way to describe it, and the BBC buried it. Generally speaking the elements of fraud are:

Elements of forgery are:

1. False making – The person must have taken paper and ink and created a false document from scratch. Forgery is limited to documents. “Writing” includes anything handwritten, typewritten, computer-generated, printed, or engraved.
2 Material alteration – The person must have taken a genuine document and changed it in some significant way. It is intended to cover situations involving false signatures or improperly filling in blanks on a form.
3. Ability to defraud – The document or writing has to look genuine enough to qualify as having the apparent ability to fool most people.
4. Legal efficacy – The document or writing has to have some legal significance affecting another person’s right to something. A writing of social significance cannot be the subject of forgery.
5. Intent to defraud – The specific state of mind for forgery does not require intent to steal, only intent to fool people. The person must have intended that other people regard something false as genuine. A forgery is complete upon having created such a document with this requisite intent.

Sounds like both to me. Bashir should be in jail, but I’m sure the statute of limitations has long run. I’m disgusted reading this. He had written lies mocked up to fool Earl Spencer and Diana into believing that the Royal family was out to get her, to push her into spilling embarrassing facts and nasty attacks on her former in-laws. This would be criminal even if was just an ordinary woman having the ordinary problem of being dissatisfied with her marriage and not getting along with her former in-laws. It should get no pass because the people involved were public figures.

Just for the record, I think the whole Diana mess was just that, a mess, from the get-go. Diana was a poor choice of wife for Charles, or really for anyone at the time of their marriage. She was barely out of her teens, came from a less than stable home life, and, with apologies to both families, she was not only not the sharpest arrow in the quiver, but she was a pretty dull arrow (failed her O-levels twice, only got as far as finishing school). Charles, 13 years her senior, never really loved her. His heart was always with Camilla, and he never really even made a good faith effort to love her.

My sympathies, as someone who is now older and experienced, are at least evenly divided between the two. When they got married, Charles was 33 and very broadly experienced, a university graduate and master of arts, naval officer, helicopter and jet pilot (although not very good at the latter), charity executive, and diplomat, among other things. Against that, Diana was not much more than a shallow, inexperienced kid who’d been born with a silver spoon in her mouth and never done much substantive work beyond being a teacher’s aide. I was 33 once too, and I’d been practicing as an attorney for 8 years. I once dated (briefly) a woman who had only gone as far as high school, and knew we were not even close to compatible after one too many one-sided conversations. Unfortunately for Charles, he couldn’t just walk away and pick his own bride who was more compatible. He was pushed into this marriage. As you’re probably aware I’ve never married myself, and being unmarried has its drawbacks, but I’d choose a hundred lifetimes as a bachelor over marrying someone who was incompatible. The relationship was doomed pretty much from the get-go.

Lest it be forgotten, Diana was not the long-suffering, unhappy, unloved wife the media would have us believe she was. She had at least three affairs during her marriage to Charles: salesman James Gibley, army officer James Hewitt (whose red hair has led many to speculate he is Harry’s real father, although that’s not possible because the two did not become intimate until 2 years after Harry was born), and Metropolitan Police protection officer Barry Mannakee (who Diana thought was murdered by the UK security services after the affair was discovered and he was kicked off the royal detail, to die soon after in a motorcycle accident).

Diana was not too smart, not too stable, already suspicious, bitter about her treatment by the House of Windsor, eager to stay relevant, and easy to prey on by unscrupulous journalists looking for a scoop, especially one who confirmed her worst fears to her…or so she thought, because she was too eager to believe.

Frankly, this was worse in some ways than Mary Mapes and Dan Rather’s attempts to slime George W. Bush during the 2004 campaign by relying on unauthenticated documents and cutting other journalistic corners to air a new story criticizing his Air National Guard service in the hopes it would do fatal damage to his reelection campaign. At least there was no out and out lying or deliberate deception on their part, although the results could have been much more consequential.

There are many more examples of media malfeasance to influence the news that I could give: the unfair late hit on Bush the elder to sink his reelection campaign, the refusal to let the Valerie Plame story go long after it had ceased to be a mystery, and a lot more that’s happened recently.

It should terrify everyone that the media has shown the lengths it is willing to go to get a story or to get the story it wants. It should terrify everyone more that the media has shown it’s willing to out and out lie and deceive to get what it wants, regardless of the consequences for others. Accurate information is the key to almost every aspect of life. It’s why governments, militaries, and other agencies responsible for policy decisions or public safety inevitably have people tasked with gathering relevant intelligence (and please no jokes about military intelligence being an oxymoron. It’s not true, it’s not funny, and it exhausted its limited appeal three decades ago). You can’t invest wisely if you can’t get accurate news about the stock market. You can’t transfer property to best effect if you can’t get accurate news about the real estate market. You cant vote and have it mean anything if you can’t get accurate news about the candidates. And you can’t govern your own behavior towards others if someone who’s supposed to be trustworthy is lying to you about them.

I used to believe that the news agencies were wise people who reported accurate, relevant information, neatly broken down into international, national, local, business, sports, and weather. Then I believed that some of the news was that way, some was more the gossipy guy looking to grab your attention and hold it, i.e. infotainment. Now I’m beginning to believe that the news agencies and media are simply liars and manipulators, no better than a villain in a story who intercepts messages between nearby rulers and changes a peace overture to a challenge, an offer to trade into an accusation of unfair practices, and so on.

2 thoughts on “Comment Of The Day: “Will The BBC’s Princess Diana Scandal Be A Tipping Point For Public Acceptance That The News Media Can’t Be Trusted?””