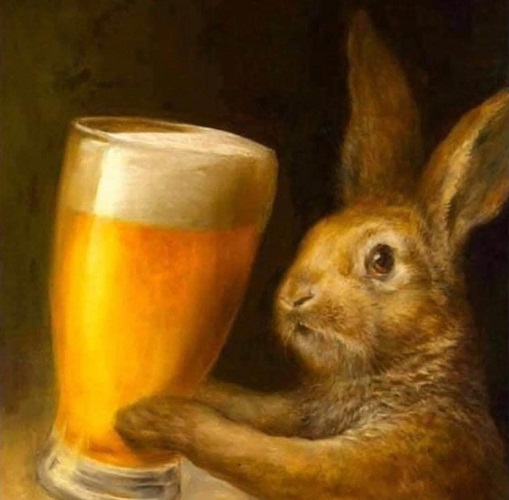 Ghost Ethics! I just watched an Amanda Seyfried Netflix movie called “Things Heard And Seen,” which I recommend neither seeing nor hearing. What I got out of it—spoiler alert, if indeed a crummy movie can be spoiled—is that ghost ethics are a little bit “problematic” as Prof. Turley would say. The spooks don’t quite get the “Fix the problem before it’s too late” obligation. In this movie, the benign ghost of a murdered woman who had been the original owner of an old house bought by an ambitious, sociopathic college professor takes the professor’s victimized wife under her spectral wing, knows that the husband is up to no good, but only does anything proactive to get rid of the husband after the monster has killed F. Murray Abraham (who still looks like Salieri!), run a woman who was on to him off the road, putting her in a coma, and finally chopped up lovely Amanda, who plays the wife, with an ax. THEN the ghost drags the husband to Hell, which we know the ghost knew was going to be his fate before Amanda got the Lizzy Borden treatment.

Talk about locking the barn door after the horse is gone…

1. Isn’t it good to know that news readers all over the world are just as ignorant and incompetent as ours are? Bill Shakespeare, the first man to get a pandemic vaccine, died last week of non-virus causes. A Spanish newscaster, Noelia Novillo, as photos of the Bard’s namesake flashed on the screen, announced the story this way:

‘We’ve got news that has stunned all of us given the greatness of this man. We’re talking about William Shakespeare and his death. We’ll let you know how and why it happened.As we all know, he’s one of the most important writers in the English language – for me the master. Here he is. He was the first man to get the coronavirus vaccine. He’s died in England at the age of 81.”

No word yet regarding whether the station fired this ignoramus. Why bother? She’ll just get a job at CNN…

2. Speaking of locking barn doors…actually more like locking the cellar door after the horse has escaped from the barn…Southwest Airlines announced yesterday that it will not resume alcohol service in June as previously announced, because a woman attacked a flight attendant on a recent Southwest flight in an incident that had nothing to do with alcohol consumption.

Ethics Alarms is so fond of the practice of punishing innocent members of the public for the isolated conduct of a single wrong-doer (Should I call it “The Chauvin Solution”?) and this is even worse. There is no nexus between the incident and Southwest’s response at all, except the unproven theory that if passengers have become unusually cranky during the pandemic (with Southwest insisting that passengers re-mask between sips of Coke), they’ll be even crankier once they’ve had a few little bottles.

3. Add this to the debate about the ethics of giving those who get vaccinated lottery tickets: Several states are following Ohio’s lead and rewarding citizens who should be getting vaccinated because it’s responsible citizenship but are balking by entering them in a special lottery. The White House last week praised vaccine lotteries—of course it did, because the Biden Administration is based on the Leftist idea that the ends justify the means. But innocent victims of the scheme may be people who struggle with gambling addictions. The psychological impact of placing a bet, explains Keith Whyte, executive director of the National Council on Problem Gambling, even being unwillingly into a vaccine lottery, could activate the same parts of the gambling addict’s brain that fire up when people are gambling, prompting recovering addicts to head back to the casino “When a state government actively promotes gambling, that creates a mixed message for vulnerable citizens,” Whyte said. “The state has to own that too.” An estimated 2 % of adults in the United States struggle with gambling addictions.

After learning about Maryland’s lottery, recovering gambling addict Michael Aretz tried to contact state officials about removing his name from the daily drawings. He said he wished he had postponed getting vaccinated so he could have avoided being dragged back into gambling.

Eh, just collateral damage. Cannon fodder. So he relapses because the state decides to reward the most irresponsible citizens for “the greater good.” Tough luck.

4. And all deans are unethical and biased propagandists, so there! Kate Slater, assistant dean of student affairs in the Graduate School of Arts and Sciences, wrote on Instagram that all whites—she’s white, see, so she’s an expert—are racists. She then “clarified” her position: 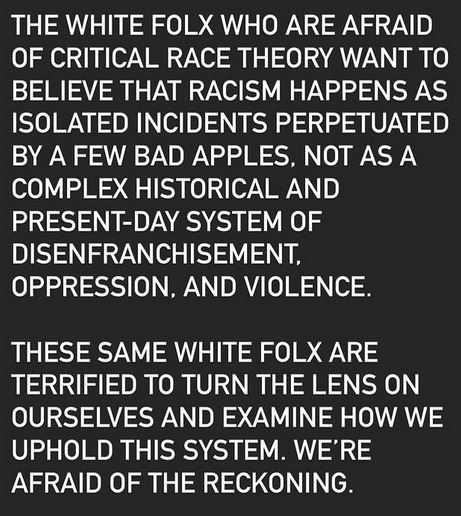 This isn’t fact, history or psychology, it’s extremist political ideology, and the dean is using her position to advance Critical Race Theory. Based on Slater’s personal website, she’s a classic race huckster. And a bigot—this isn’t hard: if she hates “whiteness,” and white students are imbued with whiteness, then she is, by her own admission, biased against the students she is supposed to shepherd as dean. It is irresponsible for Brandies to employ someone with such open bias against so many students. It is irresponsible for parents to continue to pay tuition to a school this foolish.

Slater is also a coward. She has made her Instagram account private after others, for some reason, didn’t respond positively to her rhetoric.

16 thoughts on “Morning Ethics Warm-Up, 5/29/2021…Down The Rabbit Hole! An Unethical Ghost, A Stupid Newsreader, And A White-Hating Dean Walk Into A Bar….”