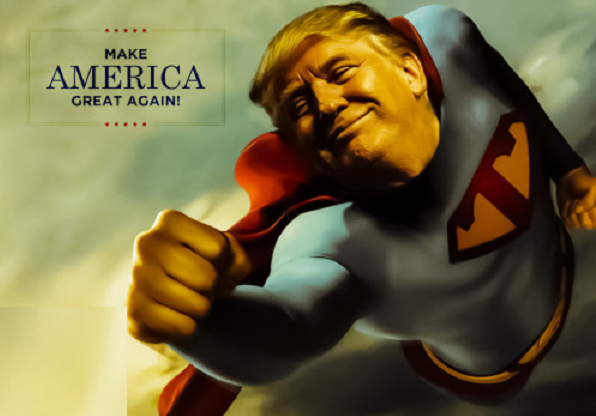 Just as Barack Obama’s despicable quote came to my attention shortly after a post directly relevant to it, James Hodgson’s comment on that post was perfectly timed as further exploration of my follow-up post, which I put up seconds before reading what James had written. It’s fate! Kismet! I couldn’t resist making his fortuitous observations relevant to two posts, one of which he hadn’t read yet, a Comment of the Day.

“his admirers…regard his exaggerations, careless misstatements, and counter-factual pronouncements as trivial compared to his willingness to say out loud what other politicians and elected officials will not.”

Certainly the Leftist media will never give Trump credit even for just saying what everybody already knows about polls and how they are used.

Like many conservatives who ultimately supported Trump in 2016 (and again in 2020), I did so not because he was my first (or even second) initial choice but because he was the only candidate who seemed to grasp the degree of popular discontent with the Left, its consistent march toward socialism, and their impatience with the GOP’s tepid response to these efforts.

He was the only candidate who, although not a hard-core conservative himself, understood conservatives’ continuing (and expanding) dissatisfaction with the establishment GOP for hijacking the “Tea Party” movement and quietly smothering it to death, and the rise of the neocons, who like the country-club RINOs aren’t trying to conserve anything. Conservatives were (and are) well and truly pissed about widespread federal misfeasance and overreach, and Trump assured conservatives that they were right to be pissed. Then he told them what he intended to do about it. He was as successful as could be expected after being opposed and vilified 24/7 for his entire term by the united forces of the Left.

Trump forced the Left to reveal their true nature, and drew their most extreme elements out of the shadows. The collapse of the vilification campaign against him revealed the corruption of the “deep state” in the DOJ, the Pentagon and the intelligence community. His presidency has set the stage for the GOP retaking Congress in 2022 and, hopefully, the White House in 2024. This should also result in a thorough housecleaning at the senior levels of federal civil service, but that remains to be seen.

Whether Trump’s “conservative populism” can translate into a larger resurgence of constitutional conservatism is also an unknown. It will depend to a great extent on (1) governors and state legislators getting their acts together and ensuring fair elections and resisting federal encroachment into their business, and (2) the current Senate holding off the Democrats’ efforts to (again) unconstitutionally usurp state authority to nationalize our election processes. Federal and state legislators as well as the governors, lieutenant governors and state attorneys general need to hear our opinions and positions on a regular basis. I know mine do.

I hear some Republicans quietly boosting a strategy of “Trump-ism without Trump,” but I currently see a dearth of alternative contenders who have established their “willingness to say out loud what other politicians and elected officials will not” with Trump’s effective flair and charisma. A candidate who could do that while avoiding Trump’s “exaggerations, careless misstatements, and counter-factual pronouncements,” with the skills to choose able and ethical advisors and Cabinet members would be their “dream ticket” in 2024. I’m waiting to see who that might be.

15 thoughts on “Comment Of The Day: “Ethical Quote Of The Week: Donald Trump””