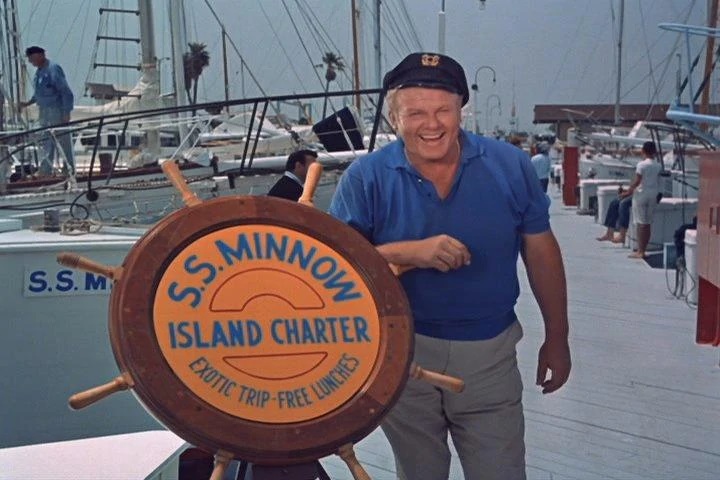 I promise, this tour takes a lot less than three hours…

1. Nah, Black Lives Matter isn’t a Marxist organization! Here was the public statement of BLM regarding the pro-democracy demonstrations in Cuba: 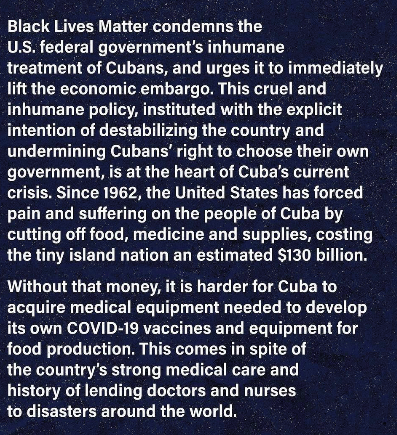 Yeah, all those Cubans waving U.S. flags and calling for “Freedom!” are blaming the U.S. for their miserable lives under Communism. “Great Stupid, thy name is Black Lives Matter!” Well, nickname anyway.

2. Ethics Quote of the Week: Sen. Marco Rubio. The Cuban-American Senator from Florida replied to this channeled Communist propaganda by tweeting, “Wait… [Cuba] had restrictions on importing food & medicine? How can that be? All week long the national media has been reporting it’s the US embargo restricting food & medicine to Cuba.” He added, “My office stands ready to help the leaders of the Black Lives Matter organization emigrate to [Cuba].”

3. This looks like fun: A new board game called “Virtue Signal” can be purchased here. Virtue Signal: The Game of Social Justice “is a card game parody of social justice activism. In Virtue Signal you play as one of several different social justice warriors. The object, simply, is to attract a coalition of NPC followers to your cause, whatever that is. The first player to 15 is the winner. Virtue Signal simulates the power struggles and one-upmanship that goes on between activist groups. The issues themselves are of little consequence, they are merely useful tools to get leverage over others.” Having once published my own board game that crashed because of the vicissitudes of moral luck, I wish the creators luck. Not only is it attractive,

…there are extensions to the game, like “The Deplorables” expansion that “adds over a hundred new cards … and allows you (finally) to grief other players as a disgusting internet troll.”

I’m going to buy a bunch as Christmas gifts!

4. The American Bar Association apparently runs Boston. I’m actually surprised this took so long. My home town of Boston, Mass, decided to jettison a merit-based, color-blind admission system for its top schools in favor of series of quotas. Under the new system, the applicant pool will be divided into eight groups based on the socioeconomic conditions of their neighborhoods. The admissions team will consider applicants within each group, admitting the top students in each tier in roughly equal numbers. It is a system of discrimination that attempts to hide behind complexity. The bottom line is that a black student from a family with the same financial resources as a white family or Asian-American family in the Boston area but placed in a different “group” will get into Boston Latin while their differently-hued competitors will not, even if the latter have better test scores. As the ABA will explain to the critics of the system, that’s inclusion, not exclusion.

The rationalization for this discrimination is that wealthier families can afford tutors and special courses to improve their kids’ test scores. (Note: I got into a special academic class, college and law school without taking any prep courses or considering one. My father thought they were a means of cheating.) It’s a bogus excuse. Boston could ban the use of such prep methods for the entrance exam (my favored solution) or provide funds to help economic disadvantaged families to afford them.

5. Let’s add all these deaths up, if we dare. The lockdown as the panicked response to the Wuhan virus apparently resulted in about 30,000 extra drug-related deaths in 2020 over the previous year. In evaluating the wisdom of the economy- and society-wrecking lockdown, these are among the deaths that need to be balanced against the pandemic statistics, along with the extra suicides, murders, deaths from delayed surgeries, nursing home deaths, and deaths at the hands of released prisoners, among other results, direct and indirect Then maybe we can calculate the compensatory cost of all the careers, lives, families, industries, businesses and communities ruined or wounded as American trembled in fear and isolation from a virus they were repeatedly lied to about, and that still was mostly a mortal threat to only the sick and elderly.

6. And finally, this cultural note: I first saw Quentin Tarantino’s “The Hateful Eight” when it came out in 2015, before everything started spinning out of control. I just watched it again in its four episode, streaming version. I liked it much better, for some reason, but I was also struck by what the existence of such a mean and ugly—but funny!—film portends.

Like “Django,” Tarantino’s other Old West riff, this is an anti-Western black satire. The classic Westerns celebrate American virtues and values, individualistim and sacrifice. Tarantino’s warped perversions of them celebrate moral decay and societal rot, and are the cinematic equivalent of projectile vomiting into the face of the nation with the message, “You had it coming.” Every tenet of “The Cowboy Code” is shattered; the pretense of human decency is mocked. There are no heroes, just villains of varying levels of villainy. The Western that began the trend of using the genre to insult America rather than inspire it, “The Wild Bunch,” is “It’s A Wonderful Life” by comparison. The movie was a box office success, and critics generally praised it. 50 years ago, it would have been regarded as obscene.

I also wonder what will be the fate of movies like this one in which the word “nigger” is used in proper historical context and to convey racial conflict. How can such films be shown when law professors are being run out of their positions by merely reading the word as a quote from a SCOTUS opinion?

30 thoughts on “Afternoon Ethics Excursions, 7/16/2021: Pandemic Consequences, Boston Bans Excellence, And What Do You Get When You Cross BLM With “The Great Stupid”?”