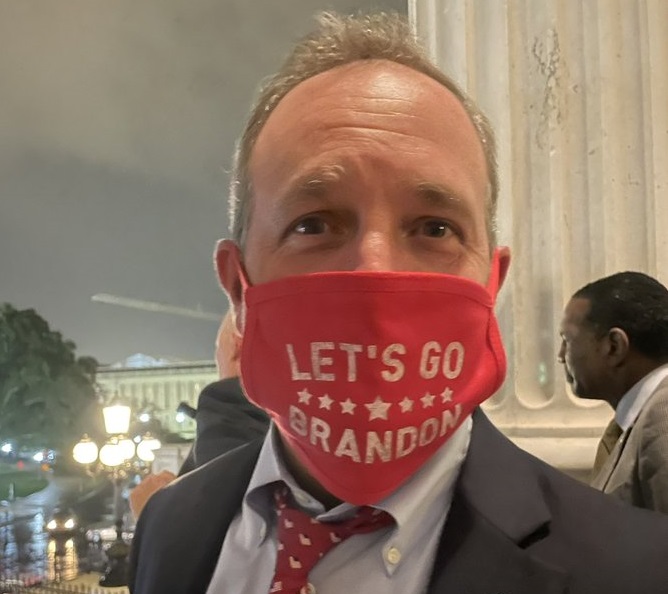 1 This isn’t funny, ethical, brave or helpful. He should be sanctioned, but House Democrats wouldn’t dare. They know what their members got away with.

2. If Duncan wants to say “Fuck Joe Biden” on the House floor, then let him come out and say it and accept the consequences. At least I can have a measure of respect for that, though not much. Adults snickering at the “Let’s Go Brandon” game remind me of those camp songs like “Shaving cream” or “Helen had a Steamboat” where it was supposed to be hilarious that you never actually said the naughty word that rhymed. The game was just barely tolerable among ten-year-olds, and we have members of Congress who act like this? Be proud, America.

3. The Ethics Alarms position (which cost it about 40% of its readers since 2017) that the office of the President must be accorded a basic level of respect and fairness by the public must apply regardless of who is in the White House, or our republic does not work. One reason I was so critical of the despicable treatment of President Trump across the culture was precisely for this reason: I knew Republicans and conservatives wouldn’t be able resist treating Biden as unethically as Trump was treated, and, if possible, worse.

4. Naturally, the conservative media is giddy with approval. Yeah, let’s tear down our vital institutions for laughs.

5. Not that the Left has a shred of justification for complaining after the kind of destructive behavior it encouraged and participated in. Thor Benson, who writes for many of the left-biased publications and websites, tweeted, “The party of petulant children.” I won’t even go into how ridiculously hypocritical that is. Anyone who doesn’t understand is too dim to participate in this blog.

36 thoughts on “Ethics Observations On Congressman Jeff Duncan (R-S.C.)’s Mask While On The House Floor”