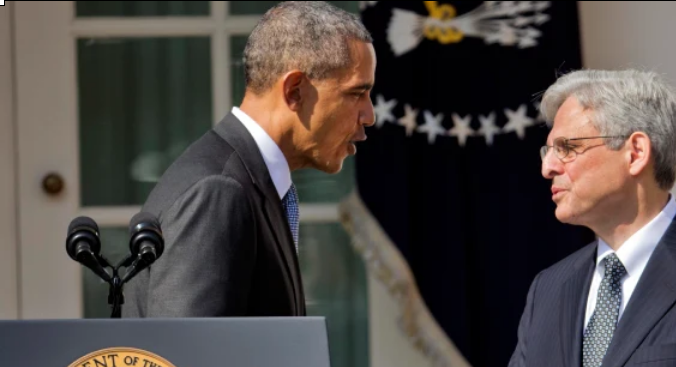 I’ve never done this before and may never do it again; nor am I lacking candidates for Comment of the Day among the recent posts here. However, this comment by Althouse reader “This Person” was so gloriously to the point that I couldn’t resist.

Ann is accepting comments again after a brief interruption following her ill-considered tantrum over people paying more attention to commenters than her, or something. The Comment of the Day is, as regular readers here will immediately see, about the Ethics Alarms Rationalization #64, “Yoo’s Rationalization,” or “It isn’t what it is.” This has become the operating principle of the Democratic Party as it has forsworn accountability among its leaders and embraced the Big Lie tactic as enthusiastically and destructively as…anybody in history.

What clinched the COTD prize for This Person was his perceptive focus on Barack Obama as the most forceful instigator of this now routine party reflex. (Do note that #64 is named after the Republican lawyer who argued that waterboarding wasn’t technically torture. Both parties have used Yoo’s Rationalization, but only Democrats (so far) have become addicted to it.)

“Garland apparently has no capacity for shame. Maybe that’s a good trait, I don’t know. The people who hate Deplorables probably are proud of him.

“At this point, it seems obvious that never admitting making a mistake is part of a deliberate strategy. Obama had no scandals. No one was punished for IRS targeting conservatives. Holder refused to testify on Fast and Furious. Afghanistan withdrawal was an unprecedented success. Shortages mean lower your expectations for your treadmills, plebes. The FBI didn’t let their obvious political animus affect their Russiagate actions, in what turned out to be one of the most damaging own goals in recent times.

“But they won’t admit it. Lying. Gaslighting. And if admitting the problem is the first step in solving it, we’re not even on step one to a solution.

“If your philosophy is to reduce the power of the government, the options are limited. In fact, I’m not sure I’ve seen a single plausible, let alone likely, solution that fits with that philosophy.

“Sure, take back the government by winning elections. Then… what. Govern like Coolidge and wait for the pendulum to swing back so they can pick up right where they left off persecuting conservatives with mostly impunity?

“We’re going to have to wake up and set aside our distaste for government intrusion. Point it at them and turn it up to 11. If we don’t make them understand how it feels to have the boot on their neck, they will never understand or admit that it’s a problem.