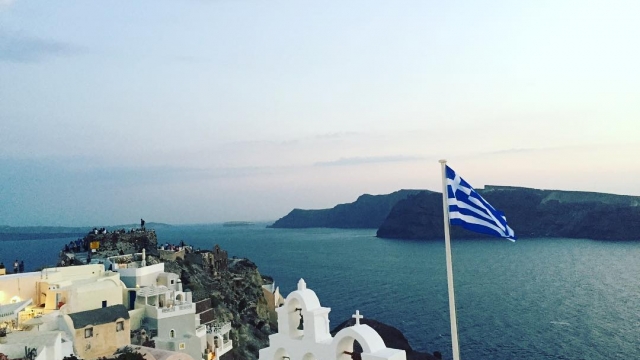 This story seems very Greek based on the attitudes and actions I observed through the years on the part of my mother and the large Greek side of my family. Greeks have a, shall we say, unique concept of ethics, which is interesting, given that ancient Greece was the home of all the earliest ethicists.

Mass fake vaccinations have been taking place in dozens of vaccination centers throughout the homeland, as doctors and nurses are accepting a standard bribe fee of 400 euros to get Wuhan virus vaccination cards but don’t want the real shot. They are getting water shot into them instead, or think they are. Mega TV  is reporting that many doctors are taking the money but secretly using the vaccine instead of water. This means that the vaccination cheats aren’t cheating, but only think they are. Meanwhile, the doctors and nurses rationalize that they have earned their 400 euros because they are keeping the public safe, preventing a fraud, and benefiting those bribing them even though they’ll never know it.

To summarize, the vaccine resisters are avoiding the government’s vaccine requirements by getting fake confirmation of immunity from doctors and nurses who are accepting bribes to provide fake vaccinations, using water instead of the vaccines. But many of them are really using the vaccines and pretending the shots are just water. They are accepting the bribes, but not really doing what they agreed to do. So the vaccine fakes think they are pulling a fast one, except their vaccine confirmation cards really are genuine; they just think they are fake. Meanwhile, the technically corrupt doctors and nurses are keeping their bribes.

Your Ethics Alarms Ethics Quiz this Sunday is…

What’s going on here? Who’s ethical, if anybody? Who’s unethical?