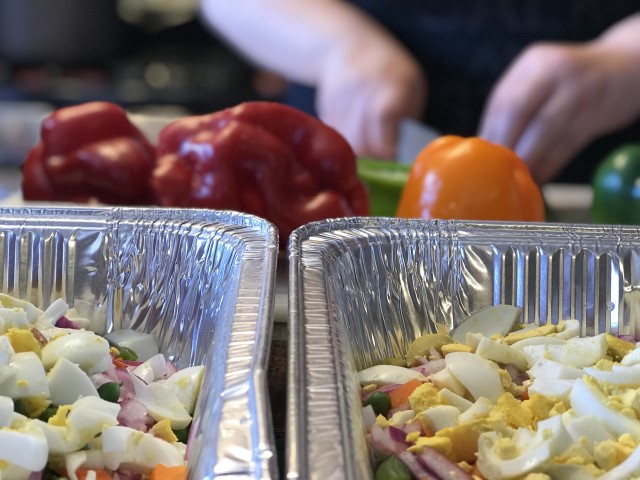 Have a wonderful, ethical Thanksgiving tomorrow, everyone!

1. Trials and tribulations: All three of the men involved in the vigilante murder of Ahmaud Arbery were found guilty of murder. Given the facts of the case, I don’t see how, and never could see how, any other result was possible even without the ever-present threat of rioting if even one of the men was acquitted. I also don’t understand why the defense lawyers couldn’t talk the men into pleading guilty. Maybe they tried. It is unethical for a lawyer to pressure a client into pleading guilty, so the “You can plead guilty or find yourself another lawyer” tactic is sanctionable.

For many, the trial took on even more weight after the acquittal last week of Kyle Rittenhouse. The White teenager successfully argued that he shot three people — killing two — in self-defense, after driving to Kenosha, Wis., to help protect businesses and property when protests over the police shooting of a Black man turned violent.

“Many” ignoramuses. perhaps? There is no legitimate comparison between the two cases, and anyone who claims there is has slapped a neon-bright “I don’t know what I’m talking about” sticker on his or her forehead.

2. More trials and tribulations. I don’t understand this one at all. Jurors found organizers of the “Unite the Right” rally in Charlottesville, Virginia in 2017 liable under state law for the injuries to counter protesters when the two groups clashed and a riot ensued The defendants were hit with more than $25 million in damages. The rally had a permit, the counter-protesters did not. The authorities did not adequately protect the “Unite the Right” marchers or do enough to keep the groups apart. A rogue demonstrator, James Fields, used his car to kill counterprotestor Heather Heyer, 32, and is serving a life sentence for the crime. Yet the group, which was marching legally, is somehow liable for what he did. As far as I can see, the jury’s decision was based on the theory that the organizers’ rhetoric around the march was “hate speech” and that they should have known that it would incite violence.

The organizers’ rhetoric around the march was protected political speech, and this case is punishing ideas and words that the jury doesn’t like. It’s a dangerous, terrible precedent resulting from a political show trial, and should be overturned on appeal. (Read Simple Justice’s commentary here.) [Pointer: johnberger2013]

3. Stop making me defend Kamala Harris! This is as contrived a “gotcha!” story from conservative media as I’ve ever seen. The Washington Free Beacon Headline: “EXCLUSIVE: Kamala Harris Bought $375 Pot on Paris Trip.” At first glance, I thought it said she had bought marijuana on the trip, which would have been audacious. No, she really bought a pot. “Amid economic turmoil and calls to buy local in the United States, Vice President Kamala Harris dropped nearly $400 for a single pot at a boutique shop in Paris… The vice president rounded out her purchase with various smaller accessories, such as a porcelain cocotte and egg dish, a copper cleaner, and various wooden spoons.”

There are so many legitimate reasons to criticize Harris; why waste everyone’s time of things like this?

4. Wait…could sanity be returning to show business? Gammy nominations went out to at least three persona non grata among the saintly woke: Marilyn Manson, Louis CK, and Dave Chappelle, pariahs all for various reasons. The Recording Academy’s CEO Harvey Mason Jr. explained that the Grammys does not regard personal history as relevant when determining eligibility for its awards. “We won’t restrict the people who can submit their material for consideration. We won’t look back at people’s history, we won’t look at their criminal record, we won’t look at anything other than the legality within our rules of, is this recording for this work eligible based on date and other criteria. If it is, they can submit for consideration,” Mason said. “What we will control is our stages, our shows, our events, our red carpets. We’ll take a look at anyone who is asking to be a part of that, asking to be in attendance, and we’ll make our decisions at that point. But we’re not going to be in the business of restricting people from submitting their work for our voters to decide on.”

In other words, Marilyn, Louis and Dave may not be invited to the party, but their might still be honored at it. I think that’s a fair distinction.

5. Leaping down a slippery slope. The New York City Council is about to approve a bill that allowing more than 800,000 non-citizens to vote in municipal elections if they have green cards or are otherwise residing in the United States legally The measure is expected to be approved in December by a veto-proof margin. It would not allow non-citizens to vote in federal or state elections. This is such a bad idea that Mayor de Blasio, who loves most terrible ideas if they are sufficiently progressive, opposes it. But several towns in Maryland and Vermont already give non-citizens municipal voting rights. Non-citizens vote in school board elections in San Francisco, and cities in California, Maine, Illinois and Massachusetts have similar legislation on the drawing board.

14 thoughts on “Ethics Snacks Between Making The Stuffing And The Traditional Cranberry Salad, 11/24/2021: Trials, Pots, Pariahs And Cheapening Citizenship”