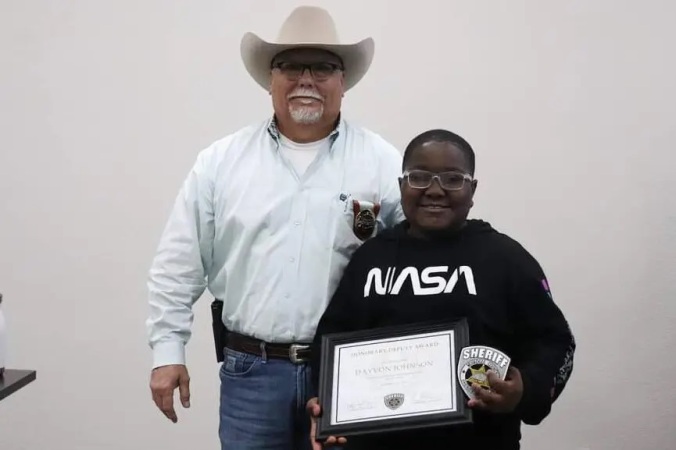 This story out of Muskeegee County, Oklahoma, seems too good to be true. I hope it is true. It is a measure of how much distrust the news media has engendered that such a story is impossible to accept without doubt today. Here, however, is the story we are being told.

Davyon Johnson, 11 years-old, was near the water fountain at his school on December 9 when he heard a seventh-grade boy gasp, “I’m choking! I’m choking!” The kid had used his mouth to open a water bottle and the cap had popped down his throat.  Davyon, who had learned  the Heimlich maneuver off of YouTube (his uncle is an emergency med tech, which Dayvon says he also aspires to be), began applying it to the older boy. On the third squeeze to the boy’s abdomen, the cap flew out.

Later that evening, when his mother was driving with Davyon on the way to an evening church service, the car passed a house that had some smoke billowing out of it. Ms. Johnson says that Davyon persuaded her to turn the vehicle around and check. They saw small fire near the back of the house, and cars outside that indicated that there might be people in the house who may not have been aware of the fire. Davyon’s mom honked her horn and called 911. Davyon got out of the car and knocked on the door.

Five people in the house stepped outside; they had not been aware of the fire. They ran, leaving an elderly woman with a walker struggling to leave the burning home on her own. (Nice.)  Davyon helped her along and led her to the truck that the rest had climbed into.

When he was 8 years old, Davyon said later, he watched his father enter a burning apartment complex to make sure everyone was safe.  Davyon’s father  died last summer.

The Muskogee Police Department and Muskogee County Sheriff’s Office presented Davyon with a certificate on December 15 in recognition of his big day of community service. According to media accounts, the boy claims to not understand why everyone is making such a big deal over him doing what he calls “the right thing.” ‘I don’t want everyone to pay attention to me. I kind of did what I was supposed to do,” he was quoted as telling a teacher.

Here’s the kicker, which depending on how cynical you have become, will either get you choked up or make you thing, “Oh, come on!” The New York Times reports that Davyon doesn’t tell people about his recent burst of heroism unless he’s asked, and even then relates a simple, straightforward account.

“But there was one person he did want to tell,” says the Times. “One morning this month, he put on his sneakers and gray hoodie and went to the cemetery to see his father. He squatted, picked at the dirt and started to tell the stories, beginning with the scene at the water fountain.”

Luckily, a newspaper photographer just happened to be passing by… 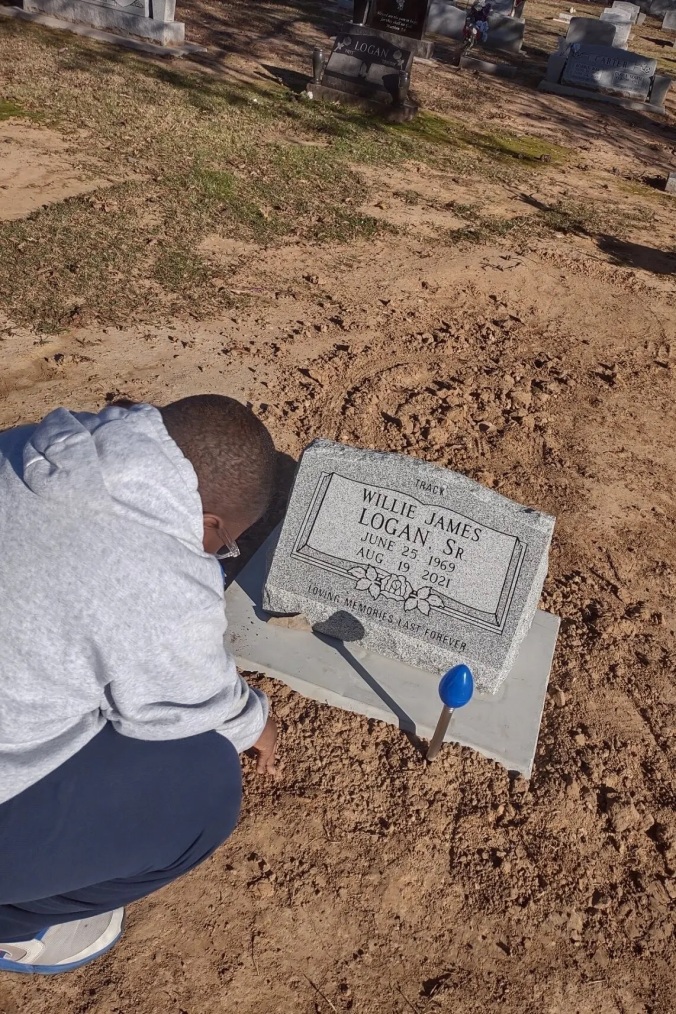