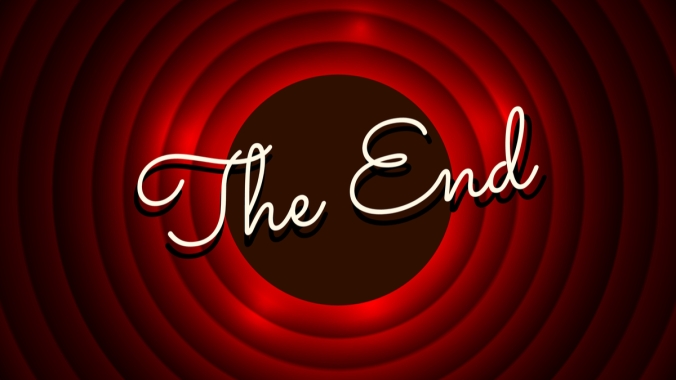 Back in 2016, when a smooth talking con-artist progressive President was paving the road for the mess we have now, Ethics Alarms posted a review of “Zootopia,” a clever and often very funny animated Disney movie that bombarded its audience with political correctness from beginning to end. The film was supposed to be an ode to harmony, as the fantasy city of Zootopia allowed all animals, predators and prey, to live together in bloodless, violence-free unity. The plot involved the villains attempting to gain power by creating fear of one group by the other. The clear parallel at the time was those bad conservatives promoting Islamophobia in their “War against Terror” and fear of other minorities, like illegal aliens..sorry, “migrants”. Some of the symbolism was amazingly blunt: an elephant running an ice cream parlor refused to serve a fox (one of those minority predators who couldn’t be trusted.) Elephant, get it?

Well, I’m stuck with a Disney Plus subscription for a while, having signed up to watch watch John, Paul, George and Ringo at work in 1969, so I decided to see “Zootopia” again. Its symbolism struck me completely differently six years later. For example, the police in the movie are unequivocally good guys: when was the last time the woke took that position? A line about how fear and dividing society into warring groups suspicious of each other in order for power-seeking totalitarians to seize control no longer seems like an indictment of the Right, but of the Left. The 2016 film was a warning about the danger of stereotyping: who is doing the stereotyping now?

1. Yeah, I know: polls. Still, about those totalitarians among us...A new poll from the Heartland Institute and Rasmussen Reports surveyed 1,016 U.S. “likely voters” on on January 5. The results?

48% of Democrats, according to the poll, believe that the government should fine and even imprison anyone who questions the Wuhan Virus vaccine’s value on social media, television, radio, or in publications.The poll found 14% of Republicans and 18% of independent voters also saying there should be criminal punishments for criticizing the vaccines, and I would have found that number horrifying if it came from Democrats. The fact that such a large proportion of so-called conservatives believe in punishing free speech is a shock. The 48% for Democrats is simply damning. Who are these people? How did they get this way?

2. “The Ethicist” brought back memories...In this week’s column, Kwame Anthony Appiah went to extreme lengths explaining to a questioner why he should donate a kidney to an older brother who needed it, even though the older brother had been a life-long jerk that the letter-writer had cut off contact with years before. The younger brother of one of my best and oldest friends was diagnosed with leukemia in his thirties, and only a bone marrow transplant could save his life. His older sister was a perfect match, but, astoundingly, she refused to undergo the procedure. My friend, whose marrow was not as good a match, donated instead, and fortunately, it worked: his brother was cured. I viewed the sister as a sociopath; I cannot imagine refusing to save someone’s life if I were in a unique position to do so. This is a pure Golden Rule call, and an easy one, regardless of how big a jerk the recipient relative was. That’s where “The Ethicist” ended up too, but it took him 623 words to get there.

3. The questions is: Why did this take so long? The Republican National Committee announced that it will require candidates to pledge to not participate in debates run by the Commission on Presidential Debates. The reason is the pervasive anti-GOP bias that has run through the debates and the choice of moderators for many election cycles. After Martha Raddatz allowed Joe Biden to interrupt and talk over Paul Ryan mercilessly in the 2012 VP debates, and Candy Crowley interjected to rescue President Obama from having his Benghazi spin exposed by Mitt Romney, I assumed the Republicans would draw a line in the sand a decade ago. I had concluded the debates would never be fair with the Commission in charge when it shrugged off conflict of interest objections to PBS’s Gwen Ifill, an open cheerleader for Barack Obama, serving as the moderator for the 2008 Vice-Presidential debate while her book about the inspiring achievement of Obama’s ascent to the Presidency was awaiting publication. Obama hadn’t been elected yet.

Gee ,why would anyone think Ifill might be biased?

4. How can this keep happening? The latest Democrat to flout the pandemic rules that her party so passionately wants the “little people” to obey is Sen. Kirsten Gillibrand. A restaurant owner in Latham, New York, posted a video of her “blowing past [the] manager” and ignoring “a really big sign requiring masks.” “The masks are a mandate from the Governor. As good citizens, agree or not, we must follow our leaders. Her guest is graciously wearing one. I guess Senator Gillibrand thinks that the Governor is wrong or she is special and above the rules,” the post noted. After so many Democratic officials have been embarrassed by engaging in such conduct, it is amazing that that these incidents are still occurring. “Protect yourself and help ease the strain on hospitals and health care workers. Get vaccinated and boosted,” the New York Senator tweeted this week before arousing the restaurant owner’s ire at her hypocrisy. Gilibrand later said that from now on she will try to “do better,” whatever that means.