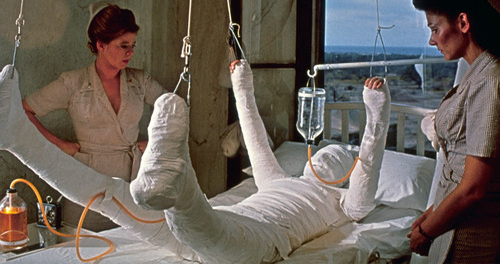 I really hate to do this, because there is a lot to write about, but I’m going to have to open up the blog to reader commentary early this week. I took a nasty fall in a (poorly lit, dangerous) hospital parking lot two days ago, and now have a bruise the approximate size of South Dakota in my sitting area, bowling ball-level swelling, and skinned fingers on both hands. In order of painfulness, I’d rank them sitting, bending over (I had to get my son to tie my shoes), getting into the car, lying down, walking and typing. Standing still isn’t too bad. Plus I’m commuting back and forth to that hospital.

I hope I can figure out a way to get out some posts—you would not believe how long this pathetic entry took and how many times I had to re-arrange the pillows.