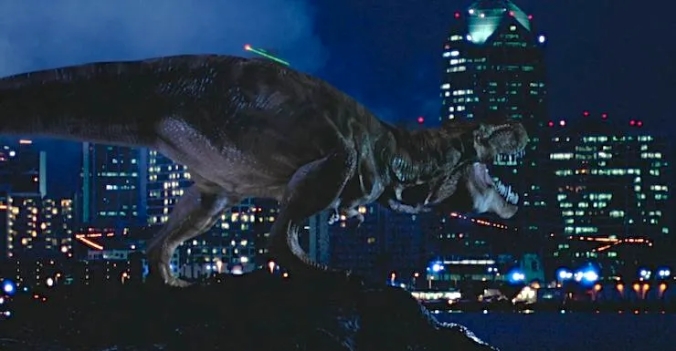 In “Jurassic Park II: The Lost World,” Dr. Ian Malcolm (Jeff Goldberg) tells John Hammond’s ambitious and foolish nephew, “Taking dinosaurs off this island is the worst idea in the long, sad history of bad ideas.” Indeed, a T-Rex does run amuck in San Diego later thanks to the irresponsible scheme, eating several people in the process.

Most Americans don’t know that the Speaker can be anyone—you, me—whether or not that individual is a member of House of Representatives. Every Speaker has been a member, however, for the obvious reason; bringing in an outsider is dangerous and an invitation to disaster. Making Trump Speaker would be infinitely worse. The chaos he would cause in beyond even my fertile imagination to consider. Any Republican that seriously suggests such a thing should be marked for shunning and political cancellation.

Here’s the scary thing: if Democrats want to destroy the Republican Party as surely as dropping them all in an acid bath, voting to give Trump the Speaker’s position would be the way to do it. Could they be that Machiavellian? Well, it’s the same party that spent millions winning primaries for the very same GOP “election deniers” they later declared to be clear and present dangers to democracy—and that cynical, hypocritical strategy worked.

I wouldn’t put it past them.

I wouldn’t put anything past them.

16 thoughts on “Worst Idea Ever: Donald Trump As Speaker Of The House”