I type this with scratches on my wrists. Let’s see: my Christmas tree lighting saga began yesterday when I discovered that almost half of the thousand plus lights  I tested and put away a year ago went dead for no apparent reason. A wild hunt to five stores revealed a run on multi-colored lights all over Alexandria, and the terrible news that the Old Town Alexandria landmark “The Christmas Attic” had closed its doors, so my hope of purchasing some unique colored lights as I have in the past was foiled, perhaps forever. Today, having eventually found some barely acceptable replacements for the dead strings, I discovered that my lovely 9 ft. Fasier fir was one of those perverse trees with dense branches growing sideways, Then the first string I hung, in the middle of the tree, stopped working after several more had covered it, and the hunt for the loose connection, ultimately successful, scarred my arms for life. I’m writing this post to calm down; I have several hours of pain and frustration ahead of me.

Mel Torme left all of that out of his song….

In the midst of all this, a Trump Deranged commenter whom I had passed through moderation called me a “Maga propaganda” channeling “hack” because I use the term Wuhan virus” to describe the destructive pathogen that originated in the Wuhan province in China. I have explained in detail why Ethics Alarms does this: the short justification is that I am nobody’s political correctness monkey, facts aren’t racist, and the Left’s campaign to eliminate Wuhan virus from the lexicon was in great part a feature of the ongoing effort to cast President Trump as a racist based on nothing at all.

I also, I hope you notice, refuse to capitalize the b in “black” (and the w in “white”) just because a white-guilt-predator activist committee somewhere decided that was a hoop good little antiracists had to jump through. This is exactly the same principle behind my refusal to let anyone dictate that I use their pronouns if I doubt their accuracy and the individual has done nothing to justify my trust and  good will.

1. Pete Gray, the one-armed outfielder, and Jim Abbott, the one handed pitcher, applaud (figuratively)…  Hansel Emmanuel,  a 6-foot-6 freshman guard on the  Northwestern State basketball team, dribbled between two defenders to deliver “a thunderous dunk” in a 91-73 win over Louisiana-Monroe. It was his first basket of the season. Emmanuel has only one arm. See? 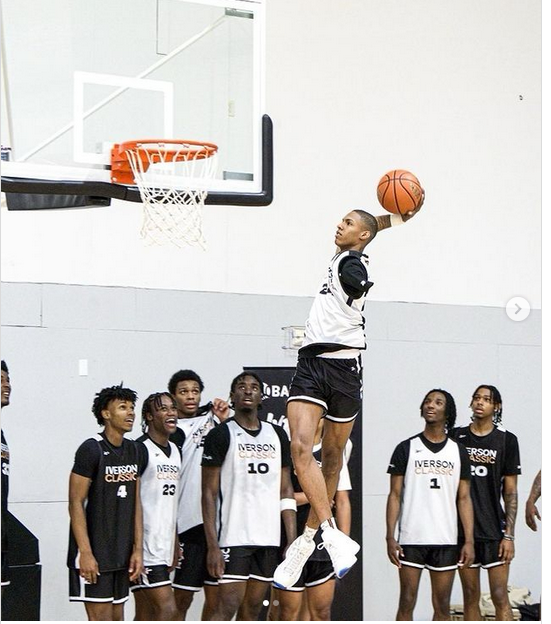 Emmanuel,  19,  lost his left arm just below his shoulder in a childhood accident. He ended the game scoring five points with two rebounds in eight minutes. After the game, Emmanuel said, “I know my family was proud. I had to keep working. You can’t give up.”

2. And speaking of white-guilt-predators, this apparently isn’t a joke. Two published race-hustlers, Regina Jackson and Saira Rao, charge to host dinners at expensive restaurants for eight white women, during which the harpies of color will berate and  demonize whites, American society, and of course the dinner attendees themselves, as a claimed remedy for toxic whiteness and white supremacy. Their hustle is called “Race2Dinner,” and anyone who pays for this service deserves what they get, in addition to fleeced. I wonder if  identifying as a white woman is sufficient to qualify? I bet it is. How I would love to recruit and accompany my most acid-tongued, witty, rhetorically-gifted female friends and relatives to fill a table and give these hateful grifters a dinner they’ll never forget. [Pointer: Victory Girls]

3. Oops, he did it again... Twitter CEO Elon Musk apparently suspended controversial Washington Post pundit Taylor Lorenz from Twitter on general principles, in another arbitrary act—he did it because he can—that does not help build trust in either his integrity or Twitter’s.

No question, Lorenz is horrible, but she also had been critical of Musk, in now-deleted tweets condemning his decision to release internal documents from former Twitter executives, aka. the “Twitter Files.” In episodes less personal to Musk in past months and years, she attacked a Post colleague as “absurd” over a tweet suggesting people shouldn’t be afraid to leave their homes due to Wuhan-phobia, doxxed the identity of popular Libs of TikTok account, she tried to  contact KellyAnne Conway’s  15-year-old daughter looking for negative information about her mother, and  falsely accused business tech entrepreneur Marc Andreessen of “using the r-slur,” which I assume is “retarded.” Among other things. But horrible people and bad journalists should have freedom of speech too.

4. OK, you see a hippopotamus start to swallow a young boy. Now what?  In Uganda, Chrispas Bagonza passed that advanced life competence test. On December 4, 2-year-old Iga Paul was playing near the shores of Lake Edward when a hippopotamus rushed out of the lake, grabbed him by his head and “swallowed half of his body.” Bagonza witnessed the attack and began throwing rocks at the hippo, which spat out the child   according to the Uganda Police Force. The  boy was rushed to a local clinic. He was later transferred to the a  hospital and has made a made a full recovery, at least physically. I wouldn’t want his nightmares.

How many of us, seeing something like that unfold, wouldn’t freeze in shock and horror?

5. As predicted, this is where the statue-toppling slippery slope leads…The Detroit school board voted to take Dr. Ben Carson’s name off  a Detroit public high school. Why? Carson would seem to be a perfect public figure to name a Detroit school after. He attended the Detroit Public School system. Raised be a single mother and in poverty early in life,  went o Yale University and became a famed neurosurgeon. Alex Coffey,  who worked as an advisor to Dr. Carson for four years, wrote, “He has impeccable morals, impeccable character,” said Coffey. “The students who are at that school, certainly he is somebody they can look up to, that they can try to emulate. He’s a great example of our country.”

Yes, but he supported and worked under a President of the United States that the school board members revile. Now they’ll probably rename the school after George Floyd. Now there’s a role model…

14 thoughts on “Mid-Annual Tree Lighting Ordeal Ethics Ornaments, 12/18/2022: A Slippery Slope, The Sound of One Hand Clapping, A Dinner For Schmucks, And A Hungry Hippo…”