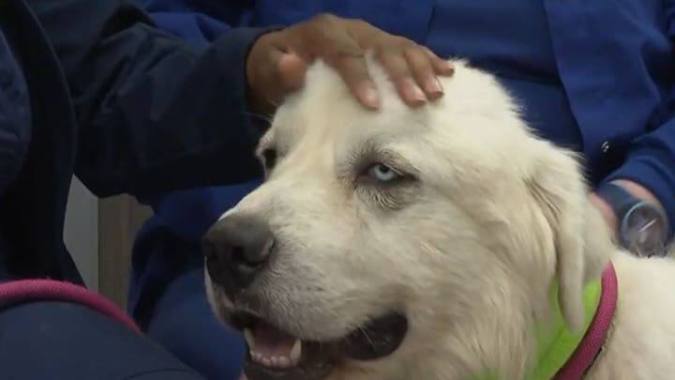 Having just posted about the mistreatment of cats, it is only fair to note some recent stories involving canine-human interactions.

1. At Gravelly Hill in Caterham, Surrey (that’s in England), a dog-walker was apparently attacked by the dogs she was caring for and mauled to death. There is some question how many dogs she was walking, but it may have been as many as nine. “Eight dogs have been detained” is how some news reports put it. Other reports say that none of the dogs involved were believed to be “dangerous breeds,” meaning none were pit bull breeds or looked like them (which is all a dog needs to be considered a pit bull: looking kind-of, sort-of like what someone thinks a pit bull looks like, meaning that my first Jack Russell which a silly twit started screaming about because she thought he was a pit bull was a pit bull).

Among the culprits were, police believe, a collie, a Leonberger, a cokapoo and two dachshunds. (I’m betting on the dachshunds as the ringleaders.) A Leonberger is a giant breed, typically weighing at least 150 pounds—I’d say a dog that big is potentially “dangerous.” In fact, any dog is dangerous if its in a pack.

Walking that many dogs, whether it was seven or nine, is irresponsible. It’s not fair to the dogs, and obviously perilous to the walker: I’m surprised there haven’t been more tragedies like this. The owners of the dogs are also implicated for entrusting their dogs to over-burdened caretakers.

2. In Georgia, Justin Gilstrap, 11, was dragged off his bike and into a ditch by three roaming pit bull-type dogs three days ago. The dogs ripped off one of the boy’s ears and most of his scalp, but he is expected to survive. The dogs’ owner, who was arrested, keeps seven dogs and told police that he lets them roam free during the day. Incredible. The three dogs responsible for the attack were destroyed, the usual consequences for dogs unfortunate enough to be owned by dog-abusing morons, and yes, pit bull breeds lead all others in being owned by such people, hence the frequencies of stories like this.

My dog is a friendly, gentle, puppyish pit bull mix, but he has always been excited by bicycles, scooters, skateboards—anything on wheels. I am trying to break him of this instinct, but it’s hard. I could see Spuds knocking down a cyclist if he got off his leash; add more, unleashed dogs to an incident, and anything could happen.

3. In Argentina, a pit bull attacked a 12-year-old boy who was walking home and nearly killed him. The boy’s father, Oscar Alberto Ernalz then went to the dog’s owner’s home and confronted the man. When the dog ran out of the owner’s house to attack the father, Emalz pulled out a butcher’s knife he had brought along for the purpose, stabbed the dog 10 times, and sliced the dog down its side, just to make sure it was dead.

Ernalz told reporters that he had warned authorities “to put this dog down because if they didn’t, I would…My decision and that of any parent would have been the same. You have to be a coward to play dumb and follow the legal process that doesn’t amount to anything.”

4. I neglected to report this story from last month, but it fits here. A Georgia herding dog protected his flock by fighting off a pack of coyotes, killing eight of them in a desperate battle lasting abut 30 minutes. Casper (that’s the good boy above) disappeared for two days after the ordeal, leaving pieces of his tail and bits of skin and flesh behind. Eventually he staggered back to John Wierwiller’s farm. The LifeLine Animal Project, an organization with a mission to end euthanasia of healthy animals, helped raise money for Casper’s medical bills, which topped $15,000.