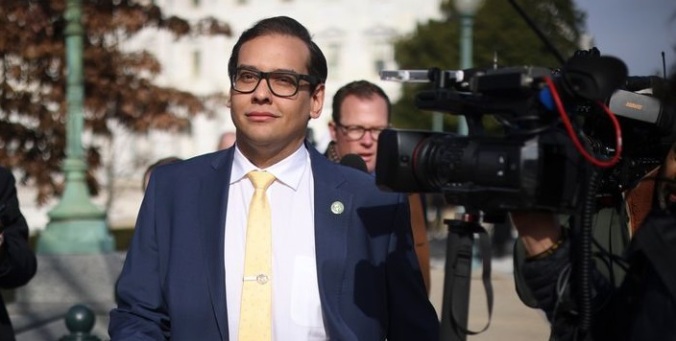 That the Republican have not yet forced Rep. George Santos to resign from office is an ethics disgrace, and one that the party cannot afford. Yeah, yeah, I know: the GOP has a very narrow edge in the House, and it’s crucial that the Democrats, who proven themselves unfit to govern over  the past six years (at least), not have control of both the White House and Congress. However, allowing a sociopath and compulsive liar like Santos to remain in Congress doesn’t even meet generous utilitarian standards. That means can’t be justified by any end. McCarthy brands himself as a weak and unprincipled leader by tolerating Santos. His party’s message becomes that it will embrace the scum of the universe it it allows them to hold power. Santos inspires more and, if possible even greater rotters to run for office. Nobody lied this much to get elected before because nobody thought they could get away with it. Now, it’s clear that voters are more gullible than ever. Having a villain like Santos in Congress makes Congress look bad. It makes democracy look bad.Congress’s legal inability to eject an elected member of Congress because he or she is an untrustworthy villain made sense because it seemed impossible that anyone as dishonest as Santos could get elected to the House or the Senate. The New York rep is the exception that will inevitably challenge any rule: he’s  the Ethics Incompleteness Principle come to horrible, throbbing life. Santos makes Bill Clinton seem like Honest Abe and Richard Nixon look like George Washington; he makes Rep. Schiff seem like Aristides the Just and John Edwards a twin of Sir Thomas More.  Nobody’s seen anything like this creep, at least not in government. New York Magazine purported to publish a complete compendium of Santos’s lies and “alleged lies,” and they missed a bunch. They didn’t include his likely participation in a Ponzi scheme, or Santos’s obvious lie that he has done nothing illegal or wrong. They did get this right: “As he has claimed, Santos is a 34-year-old Republican born in Queens who will represent New York’s wealthiest congressional district. Other than that, pretty much everything is under scrutiny.”

There are plenty of sociopaths in Congress and elected office around the country, but Santos has shown that he has no limits, no conscience, no lines he won’t cross. He’s dangerous, and capable of anything. McCarthy’s dodge won’t wash for a plague-infected fox in the chicken house like Santos: his own voters don’t want him representing them, and feel like wearing baskets over their heads…which they should.

So should McCarthy and his Republican colleagues if they don’t use every legal tool, tactic and strategy to force Santos to resign. They have to allow him to vote, but that’s all they have to do. He should be forced to sit with his face to the wall in the back of the chamber, and it should be an uncomfortable chair. As I’ve written here before, he should shunned. Nobody should say anything to him other than, “Resign. Now.” So far, McCarthy and his party have flunked this crucial integrity and leadership test (as usual). They have to do better.

17 thoughts on “No, Mr. Speaker, “Look, The Voter’s Decide” Is Not A Responsible Response Regarding Rep. Santos [Corrected]”