I hate this. I really do. 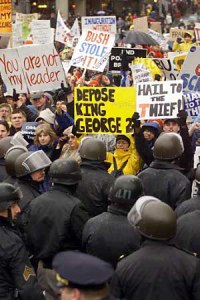 Boy, can you believe that Donald Trump suggesting that a Presidential election can be stolen? This guy is a monster!

I hate that the astoundingly biased and partisan news media and pundit class refuse to even make a fair pass at doing its job, forcing an ethics blog to place itself in the position of being accused of defending Donald Trump.

[Rueful but amused aside regarding the biased and partisan news media: Late Sunday evening,  Chris Cillizza, who authors the political blog for the Washington Post, tweeted: “Let me say for the billionth time: Reporters don’t root for a side. Period.” This was a manifestly absurd assertion, and made me wonder about Cillizza, who may not “root for a side,” but whose own left-leaning and pro-Clinton bias creeps into his work at regular intervals. But the gods of irony were ready: Monday morning the Center for Public Integrity released its 2016 campaign analysis that showed that U.S. journalists gave hundreds of thousands of dollars to  Clinton’s campaign. CPI identified 430 people as “journalists, reporters, news editors or television news anchors ­— as well as other donors known to be working in journalism.” 96 % gave money to Clinton, according to federal campaign finance filings. That’s 96. Ninety-six. NINETY-SIX. As in “all but 4%.” Got that? Are we clear? Those 430 journalists gave $382,000 to Clinton and $14,000 to GOP nominee Donald Trump. Fifty journalists  gave to Trump; 380 gave to Clinton. Many more members of the media almost certainly donated, and almost certainly in a similarly unbalanced split, but the law only obligates candidates to disclose the names of donors giving more than $200 in a single election cycle. In its report, CPI noted that even though many news organizations have policies against donating to politicians, those organizations’ reporters donated anyway. Poor, naive, Chris Cillizza, having proven that as a reporter, his confirmation bias prevents him from seeing what is all around him, at least had the integrity to follow up his previous tweet (“Period.”) by tweeting…

“Well this is super depressing. NO idea why any journalist would donate $ to politicians.”

Well why don’t you think about it, Chris? I’m sure it will come to you. But I digress...]

I know this is a political campaign and that hyperbole and loose facts are as American as apple pie. However, Barack Obama is President of the United States, and he, even more than most, must not actively seek to re-write history, especially since so many of his supporters have the historical perspective of mayflies. Therefore he must not be allowed to escape proper condemnation for these statements he made  in a campaign speech attacking Donald Trump. Yes, only condemnation will do, for his statements were dishonest, untrue, and constituted hypocrisy as its worst. Presidents should be better.

Obama had the gall to lecture Donald Trump with two head-exploding statements for anyone whose memory extends back before the Bush presidency, and one that should have triggered mass cranial eruptions from anyone conscious during the past 8 years: END_OF_DOCUMENT_TOKEN_TO_BE_REPLACED 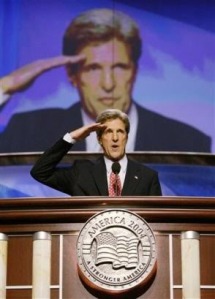 Washington Post Fact-checker Glenn Kessler finally couldn’t stand it anymore regarding Secretary of State John Kerry’s favorite lie, only trailing me by about nine years.  As he was participating as a stooge in President Obama’s improvised vaudeville act regarding his “red line” and Syrian chemical weapons (but then, as Americans, so are we all), Kerry said this in an interview on MSNBC, where he knows any transparent and self-serving lie by a Democrat will be accepted as revealed truth:

Now I, for one, am thankful when Kerry, who is not Irish (his heritage is  primarily Jewish) * and was elected Senator in Massachusetts using campaign posters with green shamrocks on them, reminds us all why he never became President. This was yet another re-phrasing of the deception he kept hammering during his 2004 campaign—you remember, the one with John Edwards as his running mate, because Kerry is also a magnificent judge of character?—he didn’t support President Bush’s invasion of Iraq.

Of course, he did, and emphatically too. Kessler, who is inclined to go easy on Democrats for the same kinds of deceptions he slams Republicans for (I measure the discrepancy at just short of two “Pinocchios”) decided to give Kerry a full blast with both barrels: END_OF_DOCUMENT_TOKEN_TO_BE_REPLACED 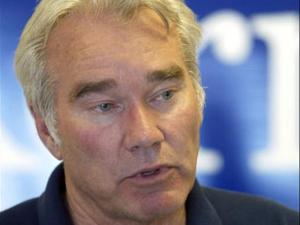 Quick---Who is this man, and why should his problems be news?

Guilt by association isn’t always an unethical suggestion. If all of your closest companions are members of the Mafia, I think it’s fair for me to question your values and taste in friends, if not to assume that you might leave a horse head in my bed. More often than not, however, guilt by association is unethically used for character assassination by applying the unfair presumption that an adversary’s associates’ misdeeds can reasonably be attributed to the adversary as well.

You will seldom see as pure and despicable an example of this than the current effort by some on the political Right to smear Sen. John Kerry based on recent revelations about Wade Sanders, like Kerry a Silver Star awardee, who introduced the Massachusetts Senator at the 2004 Democratic Convention.  Sanders knew Kerry when they both were Swiftboat commanders in Vietnam, and  when the Swiftboat Veterans for Truth questioned the legitimacy of Kerry’s record of heroism during that war in their infamous series of attack ads, Sanders led the counterattack. Now Wade Sanders is in Federal prison, serving a 37-month sentence for possessing child pornography, and the Navy Times reports that Secretary of the Navy has revoked Sanders’ Silver Star due to “subsequently determined facts and evidence surrounding both the incident for which the award was made and the processing of the award itself.”

What does any of this tell us about John Kerry? Absolutely nothing. END_OF_DOCUMENT_TOKEN_TO_BE_REPLACED 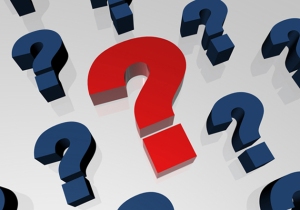 Yes, it's time for another ETHICS QUIZ!!!

Be careful! This one is tricky.

Jayson Blair, as most of you will remember, was a spectacular fraud in the New York Times newsroom, a star reporter who was sacked in 2003 after it was discovered that he had fabricated numerous stories

Dan Rather, in contrast, was a distinguished and respected reporter and CBS anchorman who  earned his accolades, but who was felled by a disgraceful episode in 2004 in which he conspired with a “60 Minutes” producer named Mary Mapes to use forged documents in support of a critical story about President Bush avoiding his duties when he was in the National Guard, which Rather presented on the air two months before the 2004 election. END_OF_DOCUMENT_TOKEN_TO_BE_REPLACED

[TV is full of reruns these days, and sometimes I am grateful for them, for it gives me a chance to see episodes of favorite shows I had missed for some reason or another. Back in early March, I posted the following essay about the origins of America’s current crisis of trust in our government, and how it might be cured by our elected leaders. Since then, the crisis has deepened, and as I was doing some routine site maintenance, I reread the post. It is still very timely (unfortunately), and since far fewer people were visiting Ethics Alarms in March, I decided to re-post it today, with just a few minor edits. I promise not to make this a habit. Still, trust is the reason why ethics is so important in America: if there is a single post of the more than 700 I have written here since October 2009  that I would like people to read, this is it.] END_OF_DOCUMENT_TOKEN_TO_BE_REPLACED

Both the Pentagon shooter and the Texas I.R.S. attacker were motivated by a virulent distrust of the U.S. government, the distrust mutating into desperation and violence with the assistance of personal problems and emotional instability. We would be foolish, however, to dismiss the two as mere “wingnuts,” the current term of choice to describe political extremists who have gone around the bend. They are a vivid warning of America’s future, for the media, partisan commentators, the two political parties and our elected officials are doing their worst to convert all of us into wingnuts, and the results could be even more disastrous than the fanciful horrors the Left and the Right tell us that the other has planned for us. END_OF_DOCUMENT_TOKEN_TO_BE_REPLACED