1. After the 2006 election, in which a Republican majority in the House and Senate became a well-deserved minority, the losing Republicans, in sharp contrast to their Democratic brethren after their losses in 2000 and 2004, were remarkably frank and gracious. I wrote on November 15, 2006…

When the Democrats were rejected at the polls in 2004, they and many of their supporters in the media declared that it was proof positive that the U.S. public was stupid, ignorant, and reckless. Many claimed that the election must have been rigged; others announced that the U.S. was a lost cause and that good people should consider moving to Canada. Some actually did.

The Republicans, who were resoundingly punished at the polls for everything from corruption to arrogance to incompetence, could not present a more dramatic contrast to their Democratic counterparts. They overwhelmingly placed responsibility for their losses squarely on their own mistakes and transgressions, where it belongs. They congratulated their victorious opponents. They avoided making legal challenges or suggesting that any elections were “stolen.” Defeated Republican Senator George Allen, whose race was close enough to demand a recount, did not. And no Republicans, as far as we know, have fled the country. They will be staying around to contribute to the process of democracy, because they respect both it and its results. In short, the Republicans have demonstrated the honorable and ethical was to lose.The deportment of the losers in a democracy is every bit as important as the behavior of the winners. As the Democrats attempt to teach their rivals something about how to govern when you win, let’s hope that they learned from the GOP’s lesson in how to behave when you get throttled. Some recent Canadian immigrants might think about it as well.

Will Democrats be model losers as well?

I have not authored the usual number of unethical campaign tactics indictments this time around. One reason is that their desperation while facing an almost certain GOP wipe-out has led Democratic Party candidates into far more questionable devices than the confident Republicans as the Blues have increasingly defaulted to race-baiting, Koch brothers attacks, scare-mongering on everything from guns to contraception, and the “war on women” chorus. Combine that with the popular integrity breach of  Democratic incumbants virtually pretending that they never heard of the Democratic President in the White House, and I was faced with giving more ammunition to those who accuse me of partisan bias. Looking at the poll projections, it appears that the worst offenders—Wendy Davis, Allison Grimes, Mark Udall, and Mary Landrieu among them—will get their just desserts from voters without additional alarms from me.

Speaking of desserts: this campaign tactic is worthy of note. A loyal Rhode Island reader inquires if I have any ethical problems with the campaign of Allen Fung, the Chinese-American GOP candidate in the closely contested Rhode Island governor’s race, delivering thousands of fortune cookies to Rhode Island Chinese restaurants that look like this when you open them

So your Ethics Alarms Pre-Election Ethics Quiz is the question asked of me:

Is there anything unethical about this?

END_OF_DOCUMENT_TOKEN_TO_BE_REPLACED 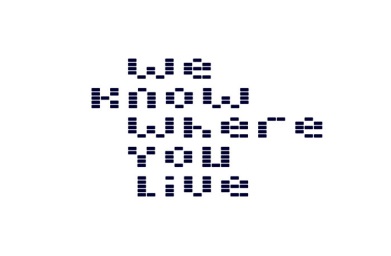 “Who you vote for is your secret. But whether or not you vote is public record. We will be reviewing voting records . . . to determine whether you joined your neighbors who voted in 2014….If you do not vote this year, we will be interested to hear why not.”

—-The New York Democratic Party in a final plea to registered Democrats.

True character and principle tend to reveal themselves in times of crisis.

How embarrassing for Democrats.

“In Georgia, state Democrats printed a flyer warning that the way to prevent “another Ferguson” is to vote. Arkansas residents meanwhile, received a mailer showing a man in a hands-up, don’t shoot position made infamous in the wake of Michael Brown’s killing. The mailer reads: “If we want to end senseless killings like Michael Brown in Ferguson, Missouri, we need to vote . . . It’s important to say that it shouldn’t have to be the threat of undermining civil rights that gets people to vote, but if it does, so much stronger the party is for it.”

—MSNBC talking head Alex Wagner, acknowledging the desperate, last-ditch effort by the Democratic Party to energize its African-American base by racial fear-mongering, and endorsing it in epic “the ends justify the means” fashion. 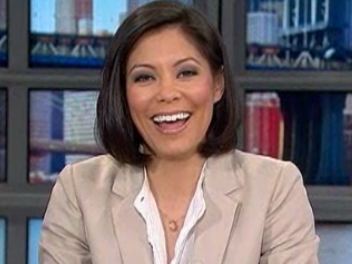 I remember my father announcing during the Nixon re-election campaign that the cynical GOP “Southern strategy” is which it catered to old-line Southern Democratic voters with direct appeals to racist myths and fears that he was changing his registered party affiliation from Republican to Independent, because he refused to belong to a party that would engage in such divisive and despicable tactics just to win elections. It is hard to imagine any conservative-leaning broadcaster, commenting on these scare-tactics at the time, both acknowledging them and pronouncing them regrettable but, all in all, good for the party. Yet this is exactly what Wagner did.

It exposes many things: the ethical deficit at MSNBC, progressive approval of the strategy of exacerbating racial discord and division in America, and the open, seven year-long strategy of Democrats resorting to race-baiting as the solution of last resort whenever the party’s performance and policies are subjected to fair criticism. The statement also exposes partisans like Wagner as ethics corruptors of all who hear them and are gullible enough to believe they speak the truth. Winning by lies and undermining racial comity in America makes nothing and nobody stronger. Even if such a tactic is successful in the short-term, it is devastating to democracy and the culture. No party that stoops to such gutter tactics is worthy of support by anyone who believes in basic ethical values.

The New York Times was finally revolted sufficiently by the conduct of its party of choice that it wrote about the recent spate of race-baiting campaign messages being used in close contests around the nation by the deservedly desperate Democrats: END_OF_DOCUMENT_TOKEN_TO_BE_REPLACED

This week, the Washington Post published a story on the results of a  study by the Cooperative Congressional Election Study (CCES). The study appears to show that more than 14%  of non-citizens were registered to vote in both the 2008 and 2010 elections, that  6.4 % of non-citizens voted in 2008, and 2.2%  of non-citizens voted in 2010. This, the study reasonably concluded, would be enough to change the results of some close elections, both then and, if the same kinds of numbers hold true, in the coming one.

Since the partisan fight over voter ID’s and various measures that make it easier to register to vote still rages, I assumed that this would be a big story. Hope springs eternal, and I am an idiot. Even though the source of the report was the Washington Post, a reliable liberal/progressive/Democrat-promoting mainstream media engine, the story was buried, or at least has been so far. Perusing the list of links to it on the web, I found fewer than 20; in contrast there were more than 500 links on Google to reports of the death of Jack Bruce, the bassist for Cream.  Moreover, the 20-ish links contained nothing but right-leaning and conservative blogs, networks and publications: Fox (of course)…Brietbart…the National Review…The Daily Caller…The Washington Times…The Examiner, a few more. ABC? CBS? NBC? MSNBC? (“Illegal immigrants? That’s  immigrants, you racist!”) NPR? CNN? The New York Times? USA Today? No, no, no, no, no, no, and no. (The Wall Street Journal hasn’t covered the study either.)

This is just the most recent example illustrating how miserably the national media does its job, and how its choice of stories is unconscionably warped by the political and ideological agendas of publishers, editors and reporters who abuse their positions and discard the duties of their profession and their country. END_OF_DOCUMENT_TOKEN_TO_BE_REPLACED