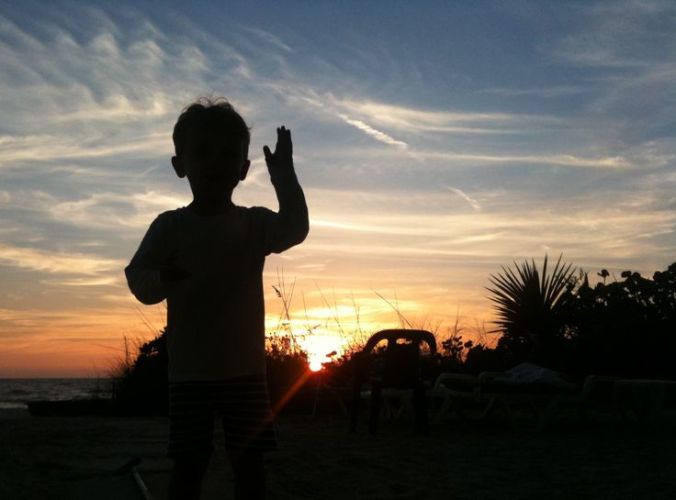 Ethics Alarms has been tracking the increasing political bias exhibited by Snopes, once the definitive “Urban Legends” web source to identify false stories on the internet, e-mail hoaxes and other pollution of public information. The website has made the disastrous decision to wade into political topics and to hire some new social justice warriors and wanna-be Democratic Party operatives to cover them, resulting in the site becoming a bad imitation of PolitiFact.

The disturbing trend really established itself this month, but it was in evidence earlier. For example, Snopes rushed to defend Hillary Clinton when the story of her defense of a child rapist was used to smear her. (Ethics Alarms explained, correctly, unlike Snopes, what was unethical about the attacks on Clinton—all defendants deserve a zealous defense, no matter what the charge, and a lawyer isn’t endorsing or supporting a client’s crimes by doing her professional duty.) The Snopes defense, in contrast, was dishonest and misleading. Quoth Snopes, via its primary left-biased reporter, Kim LaCapria.

WHAT’S TRUE: In 1975, young lawyer Hillary Rodham was appointed to represent a defendant charged with raping a 12-year-old girl. Clinton reluctantly took on the case, which ended with a plea bargain for the defendant.

Notice that the TRUE and FALSE sections don’t match the claim. That’s because Snopes is playing the logical fallacy game of moving the goalposts and using straw men. The claim, as stated by Snopes, is 100% true. END_OF_DOCUMENT_TOKEN_TO_BE_REPLACED

1. The unrestrained cheer-leading from the news media in contrast to its week-long sneer at the Republican is so shamelessly biased that American journalism risks crippling its ability to use its giant megaphone to sabotage Trump. They might at least pretend to be fair and objective. I get it: I find it horrifying that Trump is running too. The immediate and unrestrained effort to go stop him, however, is so openly unprofessional, and shows how far the news media’s ethics have deteriorated just since 2008.

2. We could see and hear, during the course of the convention, how Donald Trump’s boorishness and propensity for ad hominem attacks and personal insults have degraded both parties and political discourse generally. And to think, in 1988, Ann Richards was criticized for her George H.W. Bush attacks at the Democratic Convention, and her famous jibe that Bush was born with a “silver foot in his mouth.” The Democrats could have taken the high road, and would have benefited, as well as done the culture a favor. Nah.

3. The most unethical aspect of the convention was the party’s tacit embrace of Black Lives Matters, while the BLM protesters outside were directing white journalists  to “stand in the back” while covering its protests, around the country police officers were facing increasing abuse, and in Baltimore, Marilyn Mosby was graphically illustrating BLM’s attack on the rule of law.

Democrats deserve to pay a high price for this, and I am confident that they will.

4. I owe Senator Eugene McCarthy an apology. I was among the many young  supporters of the rebellious anti-war Democrat who felt betrayed when McCarthy refused to address his beaten troops at the 1968 Convention. He stayed in his Chicago hotel room, angry and resentful of how the party had steam-rolled him and his movement. I thought it was cowardly and selfish. Now, after thinking ill of Clean Gene  all these years, I realize he might have been right after all. Being gracious isn’t ethical when you are required to become a symbolic pawn  to the same dark, unethical forces that you have been telling your throngs to resist and battle despite long odds. If you pull a Cruz instead of a Sanders, you look like you are trying to torpedo your own party. Better, perhaps, to do what Gene did. His integrity told him that the best response was to neither to capitulate, nor be petulant, but just to retreat to fight another day.

Naturally, the Democratic Party’s allies in the media returned the hypocrisy many-fold. Maureen Dowd of the Times, who had pronounced Sheehan as someone with “absolute moral authority”—because having one’s son killed instantly makes you an authority on foreign affairs, at least when a Republican President is in office—was silent about Smith’s moral authority as she was attacked by critics, including the Washington Post, Chris Matthews, and a GQ writer who wrote that he wanted to “beat her to death.”

Foolishly, I took these attacks as  a hopeful sign that the Democrats and progressives were maturing ethically, and had rendered the proper ethics judgment that by prioritizing emotion over reason, it was unfair, misleading, exploitive and irresponsible to use grieving mothers this way. No, it wasn’t hypocrisy. It was ethical growth. Democrats, unlike Republicans, now knew this was a cheap and tawdry tactic, and they would no longer stoop so low.

Boy, am I gullible.

It was hypocrisy, and the Democrats wouldn’t stoop as low as Republicans, they would stoop much, much, much lower.

Among those who appeared on the Hillary Clinton coronation stage last night were members of Mothers of the Movement, an offshoot of Black Lives Matter. Though the message spoken by these women appeared to be about police brutality, unjustly killed black men and the need to ban guns, their commonality was only this: all of them were mothers of African Americans who died violently, and all of them blame whites, police, guns, the justice system or the United States of America, regardless of evidence, the findings of juries, and investigations. That is a fair description.

Let’s look at the women who appeared on stage: END_OF_DOCUMENT_TOKEN_TO_BE_REPLACED 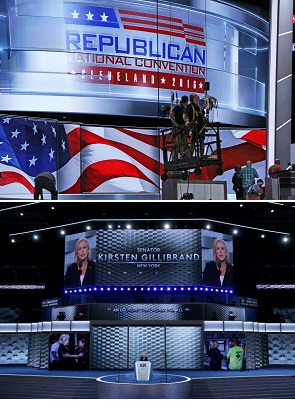 One of these things, is not like the others…

Opening night of the Democratic National Convention—that gathering of the historic institution created by Thomas Jefferson and Andrew Jackson to facilitate democracy by fulfilling the idealistic vision of the Founders, who bravely led the original colonies, represented by thirteen red and white stripes, to rise up against a hereditary monarchy and through courage, sacrifice and enterprise create the most successful and humanist nation ever seen on earth…you know, that Democratic National Convention?—showed no American flags on the stage, no red, white and blue symbolism, and an apparently flagless crowd.

Was the American flag actually banned from the convention? That can’t be…but it certainly looked like it.  The absence of any flags can’t be an accident, or unintentional.

In the eight years since Barack Obama was nominated…by the way, here is the scene of his second nomination, just four years ago… 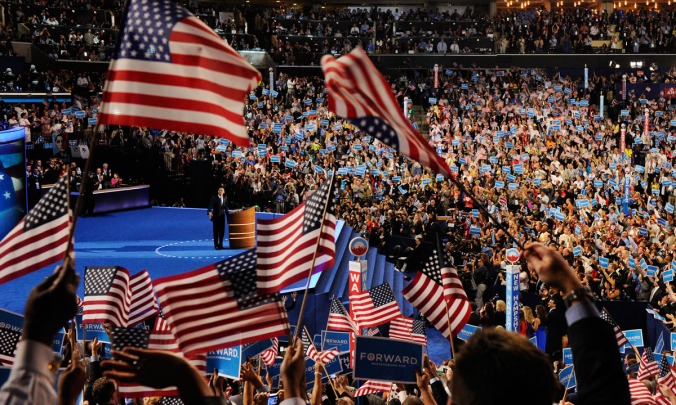 …the Democratic Party has morphed into an organization that is increasingly dependent on the pleasure and approval of anti-American groups. The supporters of illegal immigration, some of whom advocate returning the Southwest to Mexico; angry black liberation movement activists, who regard the United States as a racist nation and culture; radical internationalists, who believe the United States should not only behave like “other first world nations,” but allow itself to be governed by them; progressives whose view of the United States, nourished by indoctrination in the public schools and colleges dominated by far left faculties, is relentlessly negative; growing numbers of socialists, anti-capitalists, anti-law enforcement activists and fans of soft totalitarianism—-these are increasingly the voting blocs that the professional politicians who  run the Democratic Party feel they must pander to and satisfy. END_OF_DOCUMENT_TOKEN_TO_BE_REPLACED

Pop Quiz: Name all the ways this photo is appropriate to the post…

[A “Happy Days” reference seems felicitous, since last week saw series creator, writer and frequent director Garry Marshall head off to the Big Malt Shop In The Sky. In addition to having the good taste to be named Marshall, Gary’s myrth-inducing career in TV and movies as a producer, writer, director and actor (Marshall’s turn in “Lost on America” as the incredulous casino boss whom a desperate Albert Brooks tries to persuade to give back the life savings lost by Brooks’ wife in a mad gambling spree might be my favorite comic acting bit of all time) was long and productive, and the culture will miss him greatly. As will I. ]

Twenty-one Vermont Democrats have filed an official complaint with the party, protesting that the Democratic leadership ordered  the state party to replace Vermont Sen. Tim Ashe and party member Ken Dean with women, in the name of “gender balance” without adequate due process.

By all means, let’s make sure that gender discrimination in pursuit of the greater good and Progressive Nirvana is done with due process!

I think it’s cute that both political parties are losing their minds at the same time, don’t you? END_OF_DOCUMENT_TOKEN_TO_BE_REPLACED