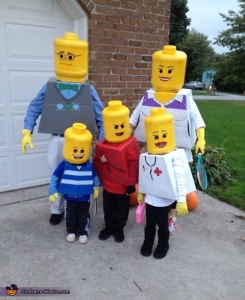 An upstate New York mother allowed her 10-year-old child to shop alone at the LEGO store as she shopped at a different store in the same mall. It appears that the LEGO store’s personnel called the mall’s security, and the child’s mother was arrested and charged with endangering the welfare of a child. The store does have a sign that states that children under the age of 12 must be accompanied by an adult.

Arresting the mother is obviously absurd over-kill. Obviously also, the LEGO store has a right to have whatever policy it chooses regarding unaccompanied children. However the question remains, and is the Ethics Alarms Ethics Quiz of the Day…

Is it irresponsible for a mother to allow her 10-year-old to shop alone if the mother is shopping in the same mall?

Related questions as you ponder: END_OF_DOCUMENT_TOKEN_TO_BE_REPLACED

Young Otto Warmbier  is back from North Korea, where he had been a prisoner since 2015. The a 22-year-old University of Virginia student was finally returned from the Communist dictatorship in a coma, suffering from “extensive loss of brain tissue in all regions of his brain.” Doctors believe he had sustained his catastrophic brain injury sometime before April 2016.

His heartbroken parents are condemning North Korea and praising the Trump administration, which finally obtained his release. Someone, however, needs to make the crucial point that Otto’s fate was directly due to his own recklessness and bad judgment in engaging in conduct that frequently results in disaster, as well as international tensions and needless cost to U.S. taxpayers.

Otto signed up for a five-day tour of North Korea with  Young Pioneer Tours,  a Chinese company that advertises “budget travel to destinations your mother would rather you stayed away from.” There is a good reason your mother—and your father, and the U.S. State Department—would rather you stayed away from North Korea. The place is a hell-hole run by a power-mad lunatic, and it is not safe. Nobody put a gun to Otto Warmbier’s head and kidnapped him: he decided on his own to defy his government’s warnings, recent history and the sense god gave puppies to deliberately place himself in harm’s way, knowing that many, many similarly misguided citizens have become prisoners, propaganda tools,  pawns or worse because they willfully placed themselves in similar peril as the people who decide to climb into tiger or lion enclosures at zoos.

Warmbier left on his “tour” in December , 2015. He would have had a chance to see “Bridge of Spies” by then: I wonder if he did. You will recall that the history-based plot involved am American student named Fred Pryor, who is one now a renowned comparative economists. Then, however, he was a graduate student in West Berlin who decided it would be a dandy idea to pass through the half-completed Berlin Wall in August, 1961 to attend a lecture and give a copy of his dissertation  to an East Berlin economics professor.  We know he’s a smart guy, but one would think that the fact that the East German government was in the process of sealing in its citizens as prisoners might have alerted him that this was not the time to go visiting.

Sure enough, Pryor was arrested, thrown in jail, and became a bargaining chip in the U-2/Gary Powers/Rudolph Abel negotiations. Had Otto Warmbier seen the film (which Pryor says misrepresents his part of the story), I would think he would  have been a bit more resistant to a sales pitch that said, “This is a great time to visit beautiful North Korea!” Indeed, being 22, presumably literate and of sound mind,  he should have had the knowledge and sense of self-preservation to resist that sales pitch even  if he had never seen any movie in his whole life. END_OF_DOCUMENT_TOKEN_TO_BE_REPLACED 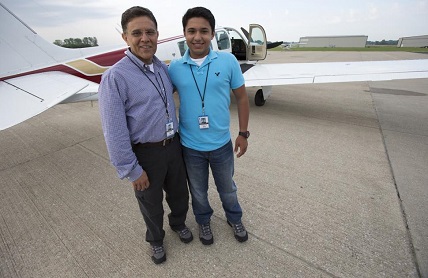 Pointing out the breach of ethics when parents endanger children by allowing, encouraging, pushing, or forcing them to risk their lives before they are old enough to comprehend what risking their life means has been a periodic theme on Ethics Alarms. There was 16-year old Abby Sunderland, who had to be rescued from an attempt to become the youngest person to sail around the world solo. Paul Romero sent his son Jordan, 13, out to be the youngest to climb Mount Everest. In April of this year, the Coast Guard had to rescue the sick one-year-old of Eric and Charlotte Kaufman, who brought the baby and their three-year old along as they tried to circumnavigate the globe in their yacht. (Never mind, they all had life jackets.). Less likely to be fatal but epic in its length was the ordeal “the Biking Vogels” put their twin sons through, as they were forced to live on bicycles for years while their parents lived out their low-tech “Easy Rider” fantasies, peddling across America.

As was bound to happen, another set of parents in this unethical club  have met with tragedy of their own engineering. Haris Suleman and his father, Babar Suleman, from Plainfield, Indiana, were attempting to fly around the world with the newly licensed  teen piloting their single-engine aircraft. The journey, to be completed in 30 days, would have set a record. Gotta set those records!  The Biking Vogels were determined to set a record too.

As the plane piloted by a 17-year-old novice pilot took off from an airport in Pago Pago in American Samoa, it suddenly lost power and crashed into the water. The boy is dead; the father’s body has yet to be found. END_OF_DOCUMENT_TOKEN_TO_BE_REPLACED 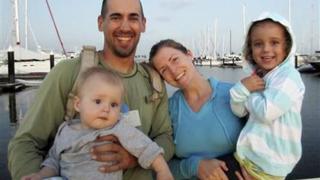 Last month, I wrote about the burglar who brought his infant offspring along with him on a job, which is to say, a burglary. It is fair to say, and thus I am saying, that San Diego parents Eric and Charlotte Kaufman, presumably known as “The Sailing Kaufmans” in honor of “The Biking Vogels,” make that burglar look like the Huxtables from “The Cosby Show.”

Oh, they are loving parents I’m sure, just like the doting professionals played by Bill Cosby and Felcia Rashad in the iconic sitcom. The problem is that they don’t have the sense bestowed by nature on the average adult lemur. Mom and Dad Kaufman brought their 1-year-old daughter Lyra and her 3-year-old sister, Cora along with them as they embarked in March on the great adventure of sailing across the Pacific as the first leg of a planned circumnavigation of the globe.