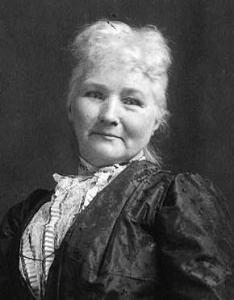 A headline is a declarative statement, and ethical headlines are factual—not teases, not bait and switches, not lies, not deceit, but factual. Misleading headlines have become increasingly common on the web (click-bait, you know), and if this one from Mother Jones is any indication, the election season is going to be ugly as well as confusing.

The headline is “Republicans Hate Planned Parenthood but Want to Put One of Its Backers on the $10 Bill,” and it is quite an achievement: almost every word is a lie or intentionally misleading.

As for the second part of the sentence, which states Republicans want to put one of Planned Parenthood’s “backers” on the ten dollar bill, it is even more inaccurate regarding Republicans. The article under the headline refers only to the CNN candidate’s debate, and only to three of the eleven Republicans on the stage. Since eight of the Republicans did NOT choose to place the “backer’s” face on the ten, using the article’s own deceitful employment of the term “Republicans,” the article could also be titled “Republicans Hate Planned Parenthood And Don’t Want to Put One of Its Backers on the $10 Bill.” That, of course, wouldn’t convey the impression that Republicans have no integrity, are hypocritical and ignorant, which was really the purpose of the headline and the article. A headline, however, that is less accurate than the opposite of the headline is a really misleading headline. Res ipsa loquitor! Fairer and more honest still would have been a version of the headline that read “Three Republicans Want to Put One of Planned Parenthood’s Backers On The $10 Bill,” but even that would be misleading.

Oh, I’ve just gotten started, for this is some terrible headline. END_OF_DOCUMENT_TOKEN_TO_BE_REPLACED

The Ethics Alarms KABOOM!—a special designation for ethics-related stories that make my head explode—has a new variation, thanks to Groupon: the repeating KABOOM!, triggered by two related KABOOMs in the same episode. My head has been exploding repeatedly since I learned about this late last night.

Hold on to your craniums, for here is a Groupon press release sent out earlier this week, the first of the KABOOM! twins:

Commemorate a man historically powerful enough to be on money with $10 towards $40 on a local purchase while they last!

CHICAGO, Feb 14, 2014 (BUSINESS WIRE) — Starting tomorrow, Groupon ( http://www.groupon.com ) (NASDAQ: GRPN) will be kicking off Presidents Day weekend by giving customers 10 dollars off 40 dollars when they purchase a deal for any local business. The $10 bill, as everyone knows, features President Alexander Hamilton — undeniably one of our greatest presidents and most widely recognized for establishing the country’s financial system.

Beginning Saturday, Feb. 15 at 9 am CST, shoppers will be able to redeem this offer by using the promo code “10OFF40LOCAL”, which isn’t very catchy, but neither was President Hamilton’s famous saying, “Nobody expects to trust his body overmuch after the age of fifty.”

President Hamilton is best known for the fiscal sensibilities that led him to author economic policies, establish a national bank and control taxes. Customers can honor our money-minded commander-in-chief and find deals by searching Groupon.com for local deals all through President’s Day weekend. Promo codes are limited, and more information can be found at: https://www.groupon.com/faq#faqs:content-269

The emphasis is mine, and I’m paying for every bit of it, let me tell you. My head is doing a terrific Dante’s Peak impression as I type this.

But that’s not all: here comes Groupon’s KABOOM! #2. Is the company embarassed? Chagrined? Are heads rolling? Oh, noooo! For when an enterprising American, one of the few who received a competent fourth grade education, was kind enough to alert Groupon to its unforgivable gaffe, this is what he received in return:

It would all be hilarious if it were not so ominous….and unethical. END_OF_DOCUMENT_TOKEN_TO_BE_REPLACED

Tell Alexander Hamilton how much fun incivility is...

That an ethics dolt like Rick Robinson has spent so much time advising those in the Halls of Power speaks volumes about why our government institutions are dysfunctional and corrupt. His biography says he even ran for Congress. With ethical values like his—weak, dubious, and confused—it is a miracle he wasn’t elected.

In an essay for Tucker Carlson’s conservative news site The Daily Caller, Robinson defends the uncivil rhetoric of Jimmy (““Let’s take these sons of bitches out …”) Hoffa Jr and Rep. Joe ( “You lie!”) Wilson on the historically false and ethically idiotic grounds that “America was built on a solid foundation of uncivil political discourse.” It is ethically idiotic because this is consequentialism (“Everything turned out all right, so it was the right thing to do”) and a rationalization (“They did it, so we can too!), and it is historically false because no nation, indeed no functioning organization of any kind, was built on incivility….especially this one. END_OF_DOCUMENT_TOKEN_TO_BE_REPLACED

Sen. Lindsey Graham (R-S.C.) delivered the following remarks as the Senate Judiciary Committee voted in favor of President Obama’s nomination of Elena Kagan to the Supreme Court. Obviously Ethics Alarms approves of Graham’s vote and reasoning, as it is consistent with what I believe is the most ethical, fair and responsible course for all Republican senators. His statement, however, is extraordinary in its appeal to the best instincts of ethical public servants, and rather than just a link (the text comes from The Hill), I think proper respect and admiration dictate a full presentation. It embodies fairness, civility, professionalism. respect and dignity, as well as the ideals of collaborative government. When he concluded, Democratic Sen. Dick Durbin said, “During the course of his statement, I reflected on some of the things that I have said and how I’ve voted in the past and thought that perhaps his statement suggested there was a better course for many of us to consider in the future.”  The chances of such a course actually being followed would have been vastly increased, of course, if some of Graham’s colleagues shared his courage and integrity. Still, it is a start.