I had a long list of topics I wanted to write about today, but I have been rendered mostly unproductive due to some malady or another. Luckily, and not for the first time, readers have come through with content at least as valuable as anything I could have generated. I already have backlog from the last two Open Forums, and some delayed Comment of the Day as well. I am very grateful.

This Comment of the Day is another from the frequently history-minded (and often pessimistic) Steve-O-in-NJ, and his subject is the bad ideas, an evergreen topic, focusing on the tweet above, which is more representative of the current drift of progressive thought (it one is generous enough to call it that). Only one previous post had the “bad ideas” tag: this one, on “fertility equality.” I bet there are a hundred more that should have it, like anything about making Kamala Harris Vice-President.

The U.S. and the world have hosted some pretty bad ideas over time.

The tulip bulb bubble, the ancient astronauts theory (remember “Chariots of the Gods?”), phrenology, New Coke, the XFL, and Boston selling Babe Ruth to the Yankees were some of the more benign ones. John Maxwell’s execution of the leaders of the Easter Rising, Mao’s Great Leap Forward, and the National Guard opening fire at Kent State were some of the ones that were not so harmless. The Reign of Terror, where the Committee on Public Safety sent who knows how many to the guillotine for any reason or no reason, Pol Pot’s Year Zero, in which towns, money, religion, and private property were abolished and execution by clubbing to death by a pick or a hoe, also for any reason or no reason,, Petrograd Order No. 1 (mostly now forgotten) which de facto stripped military officers of disciplinary authority, causing the Russian military to collapse like a deflated balloon in the face of renewed German offensives, and Hitler’s crackpot racial theories were examples of instant disasters.

END_OF_DOCUMENT_TOKEN_TO_BE_REPLACED

Few revolting developments on the political scene justify the last words in “Bridge Over The River Kwai” more than this:

However, if such crack-brained reasoning ever progressed to widespread public policy, the iconic end of another film classic would be a better diagnosis. Take it, Marlon:

Criticism of Nixon’s insane tweet will be brushed off by progressives and Democrats (who, if honest, would own it) on the grounds that Nixon, who ran for mayor of New York not too long ago (though it seems like eons) is an uber-woke socialist, and therefore not representative of “real” progressives. There are two problems with that dodge, however. Several Democrat-run cities are barely enforcing laws against shoplifting as it is, notably Great Stupid Central, San Francisco (or is GSC Portland? Or Seattle?), where, reports the New York Times, shoplifting is out of control because law enforcement isn’t controlling it:

“The mundane crime of shoplifting has spun out of control in San Francisco, forcing some chain stores to close. Walgreens said that thefts at its stores in San Francisco were four times the chain’s national average, and that it had closed 17 stores, largely because the scale of thefts had made business untenable.”

END_OF_DOCUMENT_TOKEN_TO_BE_REPLACED 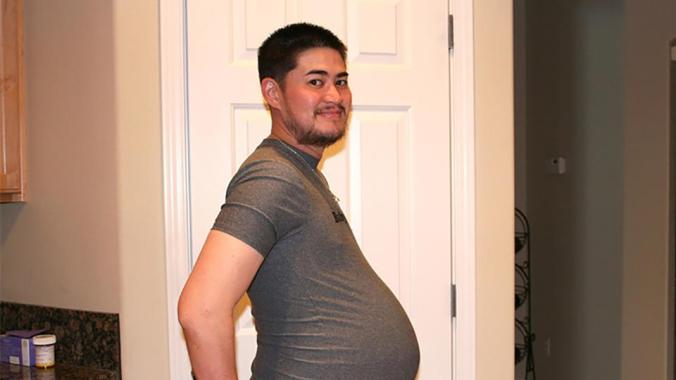 This ethics topic has been lying around on my office floor—literally—for more than a month now. I have not known what to do with it. The New York Times—it is for occasional articles like this that I subscribe to that habitually unethical paper—published an article in July headlined (in the print version) “The Right To A Baby?” It appeared in its “Thursday Styles” section, which specializes in elite trivia (the other piece on that section’s front page was about tattoo artist and dog groomers who make house calls).

Here is the first part of the article:

While plenty of New Yorkers have formed families by gestational surrogacy, they almost certainly worked with carriers living elsewhere. Because until early April, paying a surrogate to carry a pregnancy was illegal in New York state.

The change to the law, which happened quietly in the midst of the state’s effort to contain the coronavirus, capped a decade-long legislative battle and has laid the groundwork for a broader movement in pursuit of what some activists have termed “fertility equality.”

Still in its infancy, this movement envisions a future when the ability to create a family is no longer determined by one’s wealth, sexuality, gender or biology.

“This is about society extending equality to its final and logical conclusion,” said Ron Poole-Dayan, the founder and executive director of Men Having Babies, a New York nonprofit that helps gay men become fathers through surrogacy. “True equality doesn’t stop at marriage. It recognizes the barriers L.G.B.T.s face in forming families and proposes solutions to overcome these obstacles.”

The movement is led mostly by L.B.G.T.Q. people, but its potential to shift how fertility coverage is paid for could have an impact on straight couples who rely on surrogates too.

Mr. Poole-Dayan and others believe infertility should not be defined as a physical condition but a social one. They argue that people — gay, straight, single, married, male, female — are not infertile because their bodies refuse to cooperate with baby making.

Rather, their specific life circumstances, like being a man with a same-sex partner, have rendered them unable to conceive or carry a child to term without medical intervention. A category of “social infertility” would provide those biologically unable to form families with the legal and medical mechanisms to do so.

“We have this idea that infertility is about failing to become pregnant through intercourse, but this is a very hetero-centric viewpoint,” said Catherine Sakimura, the deputy director and family law director of the National Center for Lesbian Rights. “We must shift our thinking so that the need for assisted reproductive technologies is not a condition, but simply a fact.”

Fertility equality activists are asking, at a minimum, for insurance companies to cover reproductive procedures like sperm retrieval, egg donation and embryo creation for all prospective parents, including gay couples who use surrogates. Ideally, activists would also like to see insurance cover embryo transfers and surrogacy fees. This would include gay men who would transfer benefits directly to their surrogate….

That process is what ethics is. END_OF_DOCUMENT_TOKEN_TO_BE_REPLACED