“Our future is: Female. Intersectional. Powered by our belief in one another. And we’re just getting started.”

—Senator Kirsten Gillbrand, via tweet this week, calling out to her anti-male bigot supporters everywhere.

It is almost fun watching people twist themselves, language, common sense and decency to justify Gillibrand, Congress’s premier misandrist. As a U.S. Senator, she is pledged and ethically obligated to be working for the entire nation, not a single race, creed, ethnic group or, obviously, gender. The two “our”s and single we is not meant to represent all Americans, by common English construction. She is talking about women, and excluding men. In particular, by adding “intersectionality,” she is excluding white men above all.

It isn’t surprising to see Gillibrand proclaiming the increasingly popular anti-male bigotry that more and more public figures, all Democrats–coincidentally–are openly promoting. After all, she is the same sexist bigot who championed the destructive vendetta by “Mattress Girl” against a male Columbia student, even after he was exonerated. She is the same person who ran Al Franken out of the Senate. She is the same prejudiced hypocrite who declared that she believed Bret Kavanaugh’s accuser simply because he was a man and she was a woman. “I believe her,” Gillibrand said fatuously. “Her story is credible.” That’s a non-sequitur. The fact that a story is “credible” does not mean it should be believed without evidence. Credible means that a story is believable, but untrue stories are frequently believable. Kavanaugh’s defense was also credible, except to bigots, like Senator Hirono, who said she didn’t believe him because he is a conservative, and Gillibrand, who elevates women in status and trustworthiness over men.
END_OF_DOCUMENT_TOKEN_TO_BE_REPLACED 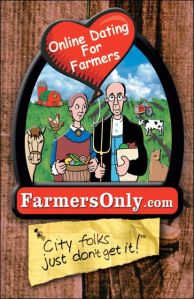 Shutup, in contrast, DOES get it, whatever it is…

A delightfully articulate and analytical reader with the intriguing name“Shutup” sent along today’s Comment of the Day, on the post on the Farmers Only.Com ads, which encourage the bigotry and divisiveness we are increasingly seeing in our country. In his trenchant commentary, reminiscent of Shaw or Mencken, he interestingly labels your humble host a “libtard,” and perhaps as a result, seems to misunderstand the purpose of an ethics blog. For Ethics Alarms never tells anyone what to do; it just explains what one’s ethics are when one does it, and why it may not be wise.

I also offer the comment, which is of the stripe that usually does not make it out of moderation, console disconsolate Hillary fans that the sightings of free range deplorables may be more than mere rumor after all.

We will not be hearing from him again.

And welcome to my world… END_OF_DOCUMENT_TOKEN_TO_BE_REPLACED

1. As we now know, Governor Brewer vetoed AZ SB1062, the so-called “religious freedom” bill that was widely (and accurately) interpreted as support for discrimination against gays. In the previous post, I suggested that her delay in doing so sent a message that was as hostile to gays as the law itself: if she felt the law was ethically wrong, then she should have and would have announced that she would not sign the bill long ago. Instead, she waited to see how much economic damage the law would do to the state, and then vetoed it, not because this was the right ting to do, but because it was the pragmatic thing to do. (As the satiric Borowitz Report put it, “The state of Arizona found itself in the middle of a conundrum today as it awoke to the awkward realization that gay people have money and buy stuff.”) USA Today noted that, to the contrary,”Some political insiders believe Brewer has allowed furor over the legislation to build to thwart social conservatives’ attempts to push a similar bill later.” I doubt it, but if so, Brewer allowed her state and her fellow Republicans to be represented nationally as homophobic for as long as possible to spare herself the inconvenience of vetoing a second bill.

2. Despite the extravagant debate over the bill, almost no commentators actually published the bill’s text in the commentary. The reason appears to be that since the bill is really an amendment of an existing law, it takes a modicum of intelligence to figure out what’s going on. Here it is (the original law is in black; the new text is in blue; what has been removed in the amended version is struck through): END_OF_DOCUMENT_TOKEN_TO_BE_REPLACED 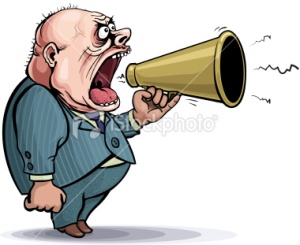 I don’t know what Arizona Republican legislators are running from now: they have accomplished their mission. They’ve made it abundantly clear that they don’t like or respect the rights of gays, bi-sexuals and transsexuals, and want to leave no question in the minds of anti-gay bigots (or good and gentle religious people  across the state who want to discriminate against gays because they thing doing so is “moral”) that the nationwide cultural shift to approval of gay marriage, a.k.a, equal rights under law, hasn’t changed this: Arizona Republicans back your dislike of these perverts’ sinful, corrupting lifestyle, whatever the law is.

The disingenuous and offensive argument being made by Republican supporters of the modifications of  an 1999 Arizona law called the Religious Freedom Restoration Act (RFRA) is, in essence, that Arizona businesses can already discriminate against gays, and so can those of lots of other states. This isn’t an anti-gay law! It’s a religious freedom law! Yes, and the Civil War was about States rights. The new bill’s clear motivation—Timing! Timing!— is to strengthen the hand of businesses, organizations, corporation and non-profits that object, allegedly or actually on genuine religious grounds, to serving, employing, or dealing with gays. More than that, however, the goal is to line up the legal, moral and ethical authority of the state behind those who want to treat gays in this fashion, whatever the reason, rather than behind the rights of the LBGT community to be treated like all other citizens. END_OF_DOCUMENT_TOKEN_TO_BE_REPLACED

Prince Andrew with one of his friend's victims in 2001

The ethics of friendship is complicated.

President Bush claimed to be friends with Vladimir Putin. F.D.R. once said that Josef Stalin was his friend. President Obama was famously friendly with dubious characters like Rev. Wright and William Ayres.

History is full of heroes and near-heroes who had infamous friends, though the extent of the often friendship is difficult to know. Sammy Davis, Jr. and Elvis were supposedly buddies with Richard Nixon. Bill and Hillary Clinton were close friends with Dick Morris. Wyatt Earp was a life-long friend of “Doc” Holliday; Andrew Jackson may have been friends with pirate Jean Lafitte, who helped him win the Battle of New Orleans. We simultaneously celebrate loyal friends, and yet we also judge people by the company they keep. Should we condemn individuals who have friends with serious character flaws or a history of unsavory acts? Or should we admire them for sticking with their friends when everyone else is turning against them? END_OF_DOCUMENT_TOKEN_TO_BE_REPLACED