This—the George Floyd Freakout, the indoctrination in schools and colleges, the submissive endorsement of the irredeemably dishonest, racist and Marxist Black Lives Matter and its fellow travelers, the Red Scare-reminiscent punishing and shunning of dissenters, the political and partisan enforcement of laws as journalists remain silently complicit—you know, this, has  begun to make me think I’m in another remake of “Invasion of the Body-Snatchers.” What never made any sense in any of the versions (the original, with Keven McCarthy and directed by Don Siegel of “Dirty Harry” fame was the best) is that aliens could take over the minds and bodies of millions of Americans across the country without anyone figuring it out, and without the news media warning the world with front page headlines and “how to stop the pod people” features. It  also seemed absurd that only McCarthy and his friends (or in the much grosser but less creepy re-make, Donald Sutherland and his friends) were the only humans who appeared to have the will and the gumption to try to resist the invasion.

I also have found myself pondering the end of “Three Days of the Condor,” when Robert Redford tells a horrified CIA official that he has passed on evidence of the agency’s lawless and murderous ways to the New York Times. Who or what can be trusted today to blow the whistles when it is the increasingly totalitarian Left moving to take over minds and destroy democracy? END_OF_DOCUMENT_TOKEN_TO_BE_REPLACED 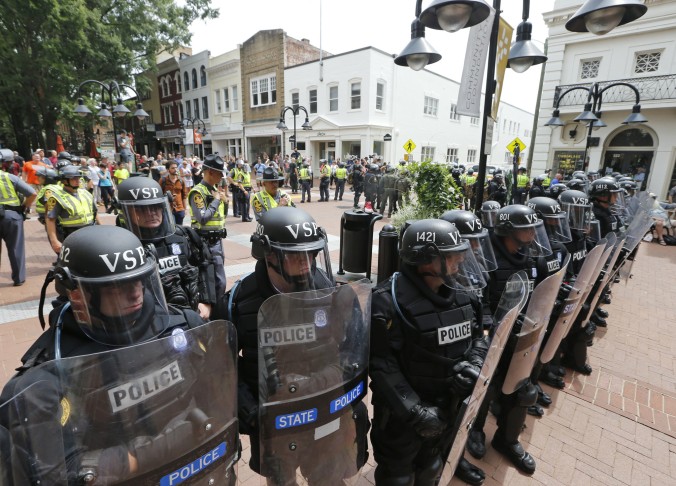 I’ve been spending the day pointing out the bias and hypocrisy of various Facebook friends who posted emotional, warped, virtue-signaling junk assuming they would be greeted with the sounds of a thousand well-trained seals clapping. I’m not sure why I bother: it gets close to the cartoon about the guy who tells his wife, “Someone is wrong on the internet!” I feel like the alternative is to  just let a brain virus run amuck. These once intelligent people just know the President is secretly a white supremacist. He’s obligated to specifically condemn the white nationalist group, because they were “emboldened” by his election. And, they say, their “side’s” violence is “less disgusting” than the violence of the bad people….because, though they don’t say this, the ends justify the means.

I think the reason I subject myself to the sneers and abuse—did you know I must be a Donald Trump supporter and a white nationalist?—is that the Left’s assault on free speech, which is the cornerstone of democracy,  has to be opposed, called out and condemned every single time, until they either embrace the Constitution, move to Canada, or haul us off to re-education camps. White supremacists aren’t a danger to the nation, because that kind of prejudice is antithetical to core American values, and no credible, respectable institutions and individuals support them, or ever will. Fascism of the Left is a real danger, because it is seductive and misleading, and it is infecting the most powerful and influential institutions we have. We saw it in Charlottesville. In a college town indoctrinated in the progressive cant that the wrong opinions don’t deserve to be heard because they constitute harm and violence by spoken word, the state and local government  combined to use violence to stifle political speech.

One of the best and most objective political, government and ethics websites around is City Journal; I really should cite it more often. Today Bob McManus posted an excellent essay which began with this… END_OF_DOCUMENT_TOKEN_TO_BE_REPLACED 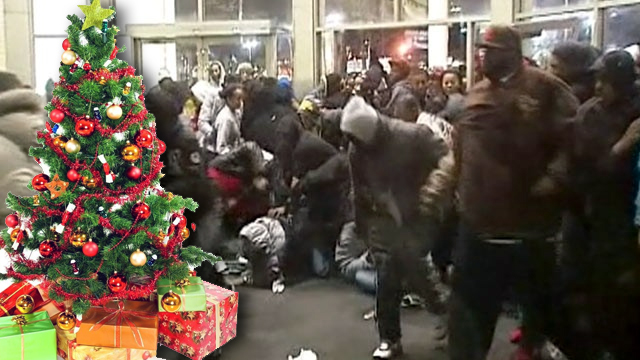 On the City Journal website, Heather Mac Donald of the Manhattan Institute writes in part,

Judging by video evidence, the participants in the violent mall brawls over the Christmas weekend were overwhelmingly black teens, though white teens were also involved. The media have assiduously ignored this fact, of course, as they have for previous violent flash mob episodes. That disproportion has significance for the next administration’s school-discipline policies, however. If Donald Trump wants to make schools safe again, he must rescind the Obama administration’s diktats regarding classroom discipline, which are based on a fantasy version of reality that is having serious real-world consequences.

The Obama Justice and Education Departments have strong-armed schools across the country to all but eliminate the suspension and expulsion of insubordinate students. The reason? Because black students are disciplined at higher rates than whites. According to Washington bureaucrats, such disproportionate suspensions can mean only one thing: teachers and administrators are racist. The Obama administration rejects the proposition that black students are more likely to assault teachers or fight with other students in class. The so-called “school to prison” pipeline is a function of bias, not of behavior, they say.

This week’s mall violence, which injured several police and security officers, is just the latest piece of evidence for how counterfactual that credo is.  A routine complaint in police-community meetings in minority areas is that large groups of teens are fighting on corners…The idea that such street behavior does not have a classroom counterpart is ludicrous. Black males between the ages of 14 and 17 commit homicide at ten times the rate of white and Hispanic males of the same age. The lack of socialization that produces such a vast disparity in murder rates, as well as less lethal street violence, inevitably will show up in classroom behavior….School officials in urban areas across the country set up security corridors manned by police officers at school dismissal times to avoid gang shootings. And yet, the Obama administration would have us believe that in the classroom, black students are no more likely to disrupt order than white students.

The entire essay is here. 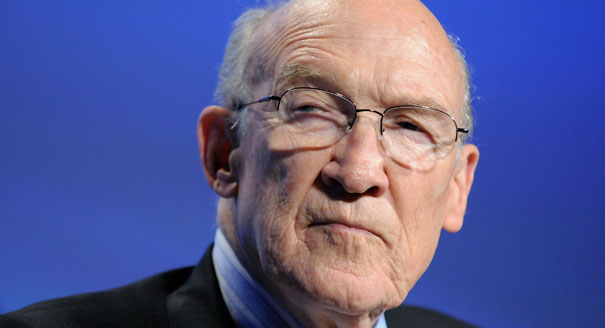 The Simpson Principle does not refer to Homer but Alan, the now-retired Republican Wyoming Senator who once sat next to me at a press conference announcing the Reagan administration amnesty for illegal immigrants. Conservatives hated amnesty back then, too, and Simpson was regarded as a conservative. When I found myself seated next to him at lunch (my Foundation for the Chamber had done a study on immigration reform), I took the opportunity to quiz him on why he took the lead in this issue. (Those Chamber events were fun: another time, I ended up alone at a table with Gene McCarthy.)

Simpson said, as I remember it, “Well, ideology is great, but eventually you have to use real measures to solve real problems. If you keep flogging ideology when you know it won’t work, you’re a fool. It’s dumb, it’s irresponsible, and it’s wrong.”

You will note that 1) Simpson’s plan didn’t work either, though it wasn’t the plan’s fault, 2) Conservatives still oppose what they call amnesty, and yet haven’t a single rational, practical recommendation for how to handle the 13 million illegal immigrants who have slipped into the country since that Eighties luncheon chat, and 3) both liberals and conservatives have been meeting Simpson’s definition of fool lately.

[Aside: I ran into Simpson at LaGuardia last year, introduced myself and thanked him for that wisdom. He remembered me, amazingly, but didn’t remember that comment. “I said that?” he said. “Wow. I was smart that day. Thanks for reminding me of it. I wish I had run into you a few years ago.”]

One of the primary fools who is running amuck these days is Mayor Bill de Blasio, who is determined to again try the lassez faire, look the other way, “compassionate,” kinder, gentler law enforcement policies of his former boss, the infamous Mayor David Dinkins. In the 1980ss, Dinkins continued the transformation of  New York City into a declining, filthy, crime-riddled hell, and only the long, painful, much-criticized introduction of the so-called “broken window” theory into the city’s management by Rudy Giuliani turned the crisis and the city’s fate around.

As chronicled by Myron Magnet on one of my favorite blogs, City Journal, de Blasio is determined to relive the Dinkins experiment, because it would be nice if that way of running a big city works. Already, the completely predictable results are in evidence.