[Yes, I know I dragged Clinton into the previous post, but it was about The King’s Pass. How could I not? Anyway, if you troubled by HRC’s recent predominance here, 1) Would you prefer Donald Trump? 2) Read this. Memorize it.]

A lot happened on The Hillary Cyber Highway this week. Here are links to stories you should know about, and brief comments by me:

1. Of course she did. A federal judge said unequivocally that Clinton’s handling of her official e-mails violated government policy. The State department also admitted that it allowed Clinton to use her own smartphone to send, receive and store official e-mails. I cannot begin to explain how reckless and irresponsible that is for both Clinton and State.

2. Because she’s a liar, you idiot!   This morning on MSNBC’s Morning Joe, poor co-host Mika Brzezinski, who shills for Democrats at every opportunity, couldn’t get her mind around a concept that uncorrupted observors realized many years ago.  “Her campaign staff have said that her use of a personal email account was consistent with her predecessors, and permissible under department policy at the time,” Brzezinski said. “Is it or isn’t it? Because they say it is, Hillary Clinton’s staff say it was permissible under department policy. Is that true? Why do they keep saying that?” Poor Mika. Tell me again why someone this dimwitted is permitted to host a public affairs program, even on MSNBC.
END_OF_DOCUMENT_TOKEN_TO_BE_REPLACED 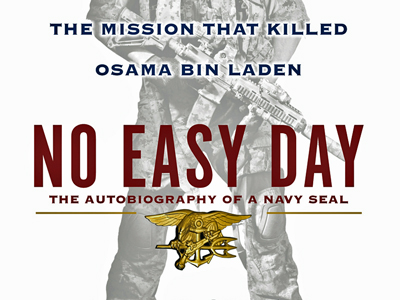 1.  Question: Has “Mark Owen,” the Navy SEAL from Team 6 who has written an account of the Osama bib Laden kill mission (real name: Matt Bissonnette), engaged in unethical conduct by doing so? END_OF_DOCUMENT_TOKEN_TO_BE_REPLACED