1. Integrity, Citizenship and Responsibility: President Obama should begin speaking, now, about the integrity of the democratic process, the duty of all Americans to respect the opinions of others, and the civic obligation to allow elections to be peaceful and fair. he should also stop sowing partisan animus, and seeking to divide the nation for the Democratic Party ‘s advantage.

2. Responsibility and Competence: The Republican Party should tell Donald Trump that he has disgraced the party’s values, that he will no longer be considered as a candidate, and that he can do his worst. (Just for fun, it should challenge Democrats to be equally responsible and disqualify Hillary Clinton for conspiring to foil the Freedom of Information Act, which is pretty obviously what the private server was all about.)

3.  Responsibility: The GOP should move the convention out of Cleveland. It may already be too late, but it needs to do this, and should have done so the second the Tamir Rice shooting occurred. Holding a national convention in that city is inviting violence. My recommendation: move it to Honolulu, so demonstrators will have to spend a fortune to get there, while placing it in Obama’s home state, bring the division he has sought and nourished into his back yard. END_OF_DOCUMENT_TOKEN_TO_BE_REPLACED

There are circumstances in which all ethical options have been eliminated by poor choices and bad luck. Henceforth Ethics Alarms will refer to this dilemma as ethics zugzwang, zugzwang being a chess term for the situation where a player must make a move, and any move will worsen his position.

By the time the killing of Tamir Rice got to the grand jury, it was ethics zugzwang. The grand jury’s decision not to charge the two officers involved is troubling, and a decision to charge would have also been troubling. To get anything out of this utter and fatal fiasco, a lot has to change, and we have to recognize what in order to make those changes occur. It won’t be easy. I think it may be impossible.

There is no way that the justice system can do its job objectively and well when every police shooting involving a black victim is instantly labelled racist and murder by vocal activists, pundits and and social media, with the implied threat of civil unrest. If an indictment is handed down as in theFreddie Gray matter in Baltimore, it appears as if mob passions are manipulating the system, and, in the Gray case, it was. Such a result, in turn, makes it more difficult for the next accused cop to get justice. It estranges the police force from the government entity it serves, and makes police wary and less likely to assume the risks associated with their vital and inherently dangerous  job.

These considerations create their own impetus making a failure to indict more likely. A city cannot afford to be seen as not supporting the police, even when they make a deadly mistake in judgment. District attorneys are on the same team as police, and automatically share their perspective; it is important that the police recognize that. The police receive the benefit of every doubt, and the deserve that. Yet a failure to indict, especially now that police shootings have become high profile matters that every blogger and pundit prejudges according to their own biases and agendas, will inevitably be used to indict the system instead. END_OF_DOCUMENT_TOKEN_TO_BE_REPLACED 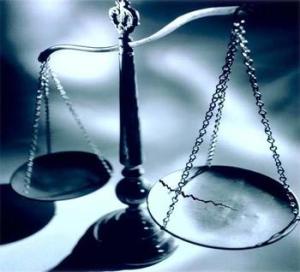 Oh, yeah, THIS is going to work…

Because they believe that law enforcement officials did not move fast enough to indict (or not) the officers involved in the tragic, mistaken shooting of Tamir Rice, community activists are going  to seek the indictment and arrest of the Cleveland police officers involved by using a little-known and eccentric Ohio law that permits citizens to go directly to a judge with affidavits to seek murder charges. We can only hope that the judge chosen for this end-around has the courage and integrity to reject the petition as the attack on due process that it is.  I would not want to bet the farm on that happening.

Twelve-year-old Tamir Rice’s death is one of the most horrible among the spate of police shootings that have caused local and national outrage in the past year. On November 22, 2014 two police officers, 26-year-old Timothy Loehmann and 46-year-old Frank Garmback, responded to a city park after receiving a police dispatch call about “a male sitting on a swing and pointing a gun at people.” A 911 caller had reported that an African American male was pointing “a pistol” at random people in the Cudell Recreation Center and that “he is probably” a juvenile .The caller also said the gun was “probably fake,” but was unable to tell whether the weapon was real or not because the orange barrel markings used to identify toy weapons had been removed. This information was never relayed to the officers. END_OF_DOCUMENT_TOKEN_TO_BE_REPLACED