A theme here at ethics alarms is that ethics, unlike morality, is fluid and dynamic. Society gains in ethical enlightenment over time with reflection and experience.

Since I have been severely limited in my activity of late, I found myself watching an episode of the classic sitcom “The Andy Griffith Show.” Many, indeed most, of the popular shows from the Fifties-Sixties era feel stilted and naive today, but not all of them: “The Andy Griffith Show” is one that holds up beautifully. Like many TV shows then (but few today), the continuing saga of Sheriff Andy Taylor’s challenges as a single dad and the center of sanity in a small town full of Southern eccentrics often focused on societal values and ethics lessons, though it never crossed into preachiness.

The episode I happened across, “One Punch Opie,” was about peer pressure and bullying. A new kid in town is bullying the other children to do things they shouldn’t, like raid Mr. Foley’s fruit and vegetable stands outside his store and steal apples and tomatoes. When Opie (the then-unbearably cute Ron Howard) refuses to follow the gang, the much larger kid threatens him. Opie ultimately confronts the boy who quickly proves that he is a coward, and backs down, ending his malign influence over the other boys.

The bullying theme was not what struck me about the episode, however. The new kid breaks a street lamp with an apple, and Sheriff Andy has Opie round up the other boys who witnessed the crime so he can have a chat with them. (The troublemaking new kid refuses to come along.) The boys all say they witnessed the act, but didn’t throw the fateful fruit. Andy tells them that he’ll let their error in judgment go this time, but the next time, he’ll tell their fathers. “And you know what that means,” Andy says. “It means you’ll get a whippin’!”

Yes, in 1962, a wise and reliably benign TV authority figure casually referenced corporal punishment—probably with a belt, no less, as Andy didn’t say “spanking”—- as a fact of childhood and responsible parenting. Nobody blinked. Sixty years later, such a statement would cause an uproar, and be considered an endorsement of child abuse. 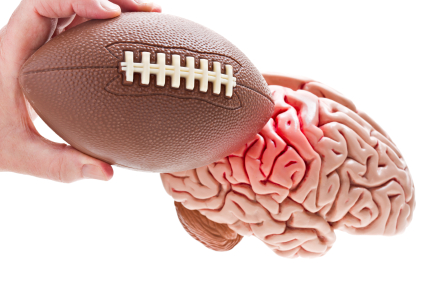 “A new study shows that almost one-third of NFL players will suffer long-term cognitive problems. Granted, that’s professionals, but obviously younger brains are at jeopardy on all gridirons. What mother or father can any longer willfully allow a son to play such a game with such odds? Verdict: Football is dangerous to your brain.”

—NPR Sports commentator Frank Deford, in his weekly commentary, this time focusing on the deteriorating reputation and public image of pro football, and how football fans, so far at least, don’t seem to care.

It’s dangerous to your brain in more ways than one.

The NFL Vikings, for example, having decided first that sitting out one game with pay was sufficient to punishment for their star running back who beat his four-year-old son black and blue, then reinstating him for the next game, apparently on the theory that it had thrown a bone to critics, then pulled him off the roster again following new reports of an old story, involving Adrian Peterson allegedly beating another toddler son. (Peterson spreads his seed far and wide and with great generosity and abandon, having an estimated seven or more children with an equal number of unmarried women. The NFL and NFL fans have never shown any disapproval of this irresponsibility conduct, of course.) Now, we have no evidence in this latest allegation beyond text messages in which Peterson admits giving the boy a “woopin,” which is presumably the same as a “whuppin.” Peterson’s lawyer says nothing happened, and indeed, no complaint was made and no charges were filed. So what does the Vikings’ move mean? Is the NFL team concluding from this ambiguous incident that what Patterson did to his other child (that is, one of his many other children) was worse than the horrific photos already showed they were? How much worse could his conduct be? Is it sending the message that all corporate punishment is wrong? Who the hell is the NFL, which allows its players to maim each other, to tell me that I’m a child abuser if I spank my son? Or are the Vikings simply proving, as the league itself did it when banned Ray Rice only after a video showed him doing what it had to know he had done when it suspended him earlier for only two games, that it has no clue what’s right and what’s wrong, what is acceptable violence and what is unacceptable, what the public will ignore and what is so bad that it shouldn’t matter whether the public will ignore it or not?

Football is as dangerous to your values as it is to your brain. END_OF_DOCUMENT_TOKEN_TO_BE_REPLACED

I am speaking and traveling today, so this will be necessarily and uncharacteristically succinct. I’ll return to many of these issues later.

Minnesota Vikings star running back Adrian Peterson turned himself in to Montgomery County, Texas, authorities early Saturday morning. He was booked into the Montgomery County jail at 1:06 a.m. CT and released at 1:35 a.m. CT after posting the $15,000 bond.

Peterson had been indicted by a grand jury on charges of reckless or negligent injury to a child and a warrant had been issued for his arrest. He flew back early Saturday morning to Minnesota, where he has been deactivated for the Vikings’ home game against the Patriots on Sunday.

This has ratcheted up the focus on NFL player violence in the wake of the still roiling Ray Rice domestic violence controversy. Many fans, as in the case of Rice, are protesting the team’s punishment of Peterson.

Spare the rod, and avoid a restraining order...

The societal approval pendulum has swung so far away from physically punishing children that a formal spanking risks an accusation of child abuse. The Hawaii Supreme Court, in the case of Hamilton ex rel. Lethem v. Lethem,  in which a retraining order was issued against a father accused of abusing his 15-year-old daughter, pronounced guidelines for determining what constitutes reasonable and moderate corporal punishment of a child by a parent, ruling that such punishment is reasonable (and a Constitutional right ) when..

This boggles the mind. An Irvine, California couple  suspected their 15-year-old son was smoking because they found a lighter in his clothes. Their solution? They hired Paul Kim, a man who is often delegated the task of disciplining the children of the couple’s fellow churchgoers.

He does not have a light touch.

The parents dropped the boy off at Kim’s home to be beaten.  The church enforcer repeatedly hit the child on his legs with a metal pole about an inch in diameter  a dozen times, causing severe bruising.  An adult at the boy’s school saw the bruises and called Irvine police, who informed San Bernardino County officials. They in turn arrested Kim, who faces a felony charge of willful cruelty to a child.  Investigators believe Kim has been used in this way by other families in the congregation, and asked for victims and witnesses to come forward.

Neither the name of the church nor the identity of the boy’s parents have been made public, but a few things can be determined with some certainty. To begin with, that’s one sick congregation. END_OF_DOCUMENT_TOKEN_TO_BE_REPLACED

So obsessed was I with the Tebow Super Bowl ad that I temporarily forgot that there usually are one or more product ads that inflame the culture wars.  Sure enough, this time there were two: Audi’s “Green Police” commercial, which has political implications but no ethical ones that I can see, and the Doritos ad, chosen by post-game polls as one of the best and most popular. That one did raise some ethical issues, recently collected by conservative columnist and radio host Dennis Prager.

The spot begins with an attractive woman greeting a date at the door, and asking him inside as she gets ready to leave. She has a young son, four or five years of age, who is snacking on a bowl of Doritos. We ( and the child) see the male date’s face express some combination of excitement, lust and pleasure at the sight of the woman’s comely derriere as she walks into her bedroom. He then sits on the sofa, smiles at the boy, attempts to make pleasantries, and starts to munch on a Dorito. The child sternly slaps the man across the face, and says to him, menacingly, “Put it back,” referring to afore-mentioned Dorito chip. “Keep your hands off my mama…keep your hands off my Doritos,” he continues to the shocked date, getting nose to nose with him in the process. All the actors in the spot are African Americans.

Television commercials can be culturally damaging and irresponsible if they appear to approve, encourage, or endorse wrongful behavior and attitudes. Was this such an ad? Prager thinks so. Let’s examine his objections individually: END_OF_DOCUMENT_TOKEN_TO_BE_REPLACED