At  Cleveland Middle School in Albuquerque, a persistent class clown, age 13, kept burping in class, followed by the usual titters from his classmates.

I was in class with one of these characters in the 8th grade, and I must admit, his burp was something: loud, long, low, and seemingly inexhaustible. He was yanked out of class, he was sent to detention, his parents were called, he was suspended, and eventually, without too much conflict, he learned to cut it out. (They never caught the guy who shouted “HOG!” in a raucous voice during study hall.) Apparently this method was beyond the abilities of the  Cleveland Middle School staff to execute.

The teacher, Ms. Mines-Hornbeck, called the police, who arrested and eventually cuffed the boy. Principal Susan LaBarge and Assistant Principal Ann Holmes  not only suspended him for the rest of the school year, but allowed the criminal justice process to proceed, with the boy being processed for the charge of  violating a New Mexico statute, N.M. Stat. Ann. § 30-20-13(D), that reads…

That’s right: arrest and criminal prosecution for burping in class.

None of the staff at the school, apparently, had an ethics alarm go off that induced them to point out that the year long suspension was an unethically harsh punishment, and the criminal charge was tantamount to child abuse. I remember that in the fourth grade at Parmenter School in Arlington, Mass, my friend Timmy Russell was moved to leap to his feet during a math lesson and do a ten second imitation of Elvis singing “Hound Dog.” Everyone laughed, including the teacher. Then, that burst of childish energy over, she went on with the lesson, because she was a confident professional.

In New Mexico, 2016, Timmy would have broken the law. END_OF_DOCUMENT_TOKEN_TO_BE_REPLACED 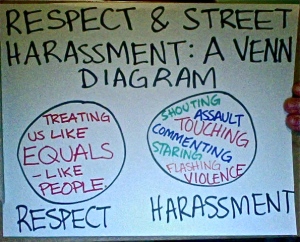 There is are good reasons why many women come to think of all men as potential predators.

Valerie Steighner authored a powerful essay titled “My 11-Year-Old Daughter Just Got Catcalled for the First Time and I Don’t Know How To Teach Her to Protect Herself From Predators.” Please read it. Here’s an excerpt:

She is 11 years old. She just graduated from elementary school and still plays with small plastic animals. And now along with vocab words, I have to teach her how to protect herself from disgusting men.

I told her that what that man did is called catcalling and catcalling is aggressive behavior and the best action is to ignore it. Usually, men that are willing to yell slurs about you and your body, if provoked, can be unpredictable and dangerous; it’s best to keep walking; don’t make eye contact and stand tall.

What also sucks is that the problem is a failure of ethics and civilization to move fast enough. Men are programmed to want sex and to procreate, and once upon a time in America the kind of conduct a disgusting 50-year old focused on the writer’s barely pubescent daughter was a cultural norm. In some places, it still is. Women had no other function but to find a man, have his children and make the home run smoothly, and not finding a man was, in some settings, a catastrophe. In the American West, a woman in her thirties who was uneducated and unmarried was very likely to end up a prostitute: it was the single largest occupation for unmarried women. When so many women are whores, men get in the habit of treating women as whores, and women who don’t want that fate will provide positive reinforcement to flirtations that are really harassment and disrespect. [You can find the many Ethics Alarms posts related to this topic here]

Old habits supported by hormones, traditions and bad role models—like, say, Jack Kennedy, Joe Biden and Donald Trump–will die hard or not die at all. In many ways, the culture still supports the ugly behavior Steighner’s daughter experienced. Many ways.  For example, in a current Geico commercial, the Gecko shows his trophy accompanied by that briefly popular song “Whoomp! There it is!,”  which is essentially street harassment in song form. You will also hear it in sporst stadiums. END_OF_DOCUMENT_TOKEN_TO_BE_REPLACED 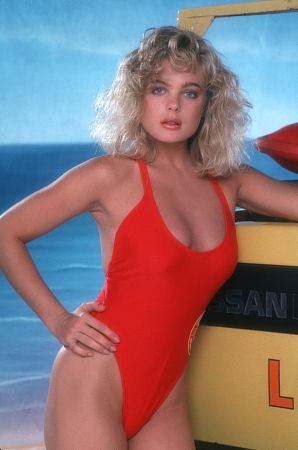 — and gives her a passionate smooch.

If Spielberg’s classic premiered today, this scene might be condemned as sexual assault by feminists, who would insist that Elliot should have been charged. Is that really fair? Rational? Sane?

At  Pikesville (Maryland) Middle School, a 13-year-old boy has been charged with second-degree assault for kissing a 14-year-old girl on a dare. Police were called to the scene by the school, undoubtedly influenced by the current sexual assault freak-out on college campuses. (The proper response of an ethical and well-led police force, by the way, would be “Don’t waste our time.”) END_OF_DOCUMENT_TOKEN_TO_BE_REPLACED