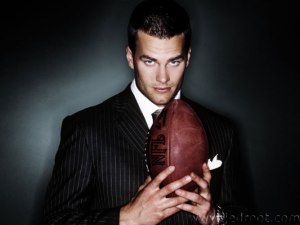 “Is this a deflated ball I see before me?”

“Inflategate”—-the developing NFL scandal about the New England Patriots’ under-inflated, more easily thrown footballs in the team’s last play-off win and perhaps others—is a big deal to 1) people who hate the Patriots; 2) football fans who care about whether their game has any integrity and 3) people like me, who think there is no justification for cheating, in sports, in business, or in life. Those who argue that it’s “much ado about nothing,” usually without being able to quote a line or explain a plot turn from the Shakespeare comedy they’re alluding to, do so because 1) they are Barry Bonds fans; 2) they don’t know the difference between a football and a plantain, and don’t care. except that they wouldn’t want to eat a football by mistake; 3) they are typical NFL football fans and want to “oh, pshaw!”  anything that reflects badly on the sport that gives their brutal lives meaning, 4) they are John Edwards, or 5) they are members of the New England Patriots organization, and perhaps were involved in the ball deflation.

Pats quarterback Tom Brady (that’s how you know I’m from Boston: I call the team the “Pats”) gave a highly unconvincing press conference yesterday in which he maintained that he would never notice that the tool of his trade that he has plied approximately since he exited the womb felt different than usual, and, like his coach, the brilliant and soulless Bill Belichick, has no idea how the team’s balls got deflated. The credibility of that claim was severely undermined for me by Brady’s use (“This isn’t ISIS…”) of my least favorite rationalization of them all on the Ethics Alarms compendium, the infuriating #22:

The Comparative Virtue Excuse: “There are worse things” : If “Everybody does it” is the Golden Rationalization, this is the bottom of the barrel. Yet amazingly, this excuse is popular in high places: witness the “Abu Ghraib was bad, but our soldiers would never cut off Nick Berg’s head” argument that was common during the height of the Iraq prisoner abuse scandal. It is true that for most ethical misconduct, there are indeed “worse things.” Lying to your boss in order to goof off at the golf course isn’t as bad as stealing a ham, and stealing a ham is nothing compared selling military secrets to North Korea. So what? We judge human conduct against ideals of good behavior that we aspire to, not by the bad behavior of others. We should each aspire to be the best human being that we can be, not to just avoid being the worst rotter anyone has ever met.

Behavior has to be assessed on its own terms, not according to some imaginary comparative scale. The fact that someone’s act is more or less ethical than yours has no effect on the ethical nature of your conduct. “There are worse things” is not an argument; it’s the desperate cry of someone who has run out of rationalizations.

(Or someone whose coach had the equipment guy deflate the footballs.)

Now comes blogger Windypundit to expand on my derision of Brady’s embrace of #22 from a different and useful perspective. Here is his Comment of the Day on the post, “Unethical Quote of the Month: Patriots Quarterback Tom Brady”:

In a way, Brady has a point, but it’s not what he thinks it is, and it doesn’t cut in his favor. In the grand scheme of things, nothing that happens on the field of play is very important. In fact, most of the rules of sports are arbitrary — the location of the free throw line, the number of bases the runners have to tag, the pressure in the football. The rules don’t have any higher meaning. And that’s precisely why there’s no excuse for not following them.

The big issues — when you can disconnect the life support, when a cop can shoot an unarmed person, when the President can order a drone strike — are full of complications and nuance. It’s hard to come up with a clear set of rules that will apply in every possible situation. You may think you have it all figured out, and then a scenario arises that you never thought of, and your simple set of rules, if followed blindly to the letter, would produce a terrible result. So maybe after you think through all the consequences, you decide that you’ve found a valid exception, and you change the rules. Or maybe, if the matter is important enough and you believe the rules are immoral, you break the rules as an act of conscience.

But I can’t see that happening much in sports. There is no greater good that could be used to justify breaking the rules. What terrible result could arise from blindly following the rules of football to the letter? A team loses a game? That might cost the team a bit of money, and I can see where crazed fans would get upset, but you know what? Nobody dies if the Patriots don’t make the playoff. This isn’t ISIS after all.

Tom Brady now joins the Ethics Alarms Rationalization Spouter’s Hall of Fame, which I just started. You just can’t embody Rationalization #22, Comparative Virtue, or “It’s not the worst thing” any better than this obnoxious attempt to minimize the significance of Deflategate.

That’s the way to teach the kids to be fair competitors and good citizens, Tom! And does a star athlete whose attitude regarding cheating in his profession amounts to this fill you with trust in his integrity, honesty, and sportsmanship?

It looks as if New England Patriots head coach Bill Belichick cheated…again. If the NFL cared about such mundane matters as integrity, fairness, honesty and ethics, it would take the kind of appropriate action any other organization is obligated to take when the evidence shows that a high-performing member of the organization is a rotten apple: throw him out, or at least discipline him and his team severely.

Will the NFL do this to the most successful play-off head coach in its history?