“Never apologize…It’s a sign of weakness!” is one of John Wayne’s many famous quotes from the characters he portrayed on film, though no one ever wrote a song about it like Buddy Holly did after he watched “The Searchers” and couldn’t get “That’ll be the day!” out of his head.

The line was given renewed life when NCIS leader Jethro Gibbs (Mark Harmon) repeatedly cited it to his team of investigators on the apparently immortal CBS procedural “NCIS,” as he taught them about life, their duties, and ethics. “Never  say you’re sorry…It’s a sign of weakness!” is #8 (on some lists, #6) among  36 “Gibbs’ Rules” that include “If it seems like someone is out to get you, they are” (#30) and “Never date a co-worker” (#14).

Once, not very long ago, I regularly referenced #8 in ethics seminars as one of Gibbs’ worst rules when I discussed “Dr. Z’s Rules,” social scientist Philip Zimbardo’s tips for girding oneself against corruption in the workplace. One of the points on that list is,

“Be willing to say “I was wrong,” “I made a mistake,” and “I’ve changed my mind.” Don’t fear honesty, or to accept the consequences of what is already done.“

I would tell my students that Gibbs and the Duke were wrong, that apologizing for wrongdoing is a sign of strength and integrity, signalling to all that you have the courage and humility to admit when you were wrong, and to move forward.

Then came the advent of social media bullying and Twitter lynch mobs, and I saw how I had underestimated the noodle-content of the  spines of politicians, celebrities, CEOs, and others… END_OF_DOCUMENT_TOKEN_TO_BE_REPLACED 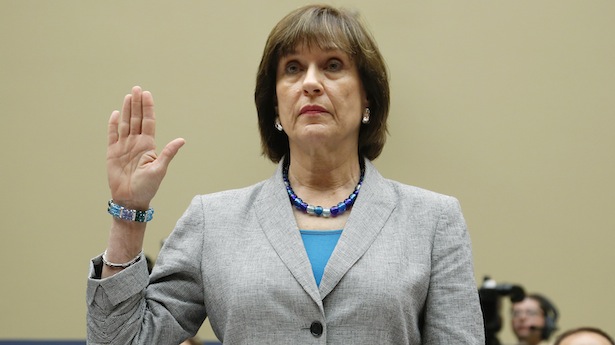 The Harvard Business Review has published an article describing what it learned from a survey of experts asked to describe the conditions they have observed in organizations later revealed to have serious ethics problems—the symptoms of an unethical organization ethics culture. Here are the five top signs, with the corresponding rationalizations from the Ethics Alarms list where appropriate, as well as related unethical patterns of thinking and relevant organizational ethics principles that are repeated constantly in training sessions by people like me, yet routinely ignored. The news media, meanwhile, often covers the incidents as if journalist have never heard of those principles.

I. Urgency and fear: Following corruption scandals, leaders tend to describe events in terms of pressure, necessity, and what the company needed to do to ”survive.” This perception of existential competitive threats can be used to justify the creation and maintenance of toxic incentives, and it will undermine any efforts to raise concerns.

Rationalization 28. The Revolutionary’s Excuse: “These are not ordinary times.”

An argument for those who embrace “the ends justify the means”—but only temporarily, mind you!—the Revolutionary’s excuse has as long and frightening a pedigree as any of the rationalizations here. Of course, there is no such thing as “ordinary times.” This rationalization suggests that standards of right and wrong can and should be suspended under “special” circumstances, always defined, naturally, by those who defy laws, rules, and societal values. Their circular logic results in their adversaries feeling justified in being equally unethical, since times in which the other side engages in dishonesty, cheating, cruelty, and more is, by definition, extraordinary.

The inevitable result is a downward spiral of conduct, until unethical behavior is the norm. Ironically, the rationalization that “these are not ordinary times” no longer is necessary at that point. Unethical conduct has become ordinary, the new normal. This is, it is fair to say, the current state of American politics.

Rationalization 31. The Troublesome Luxury: “Ethics is a luxury we can’t afford right now”

Ethics is never “a luxury.” It is slyly effective to describe it as such, however, and those who do so usually believe it—which means you should sleep with one eye open when they are around, watch your wallet, and never turn your back. Saying ethics is a luxury simply means that the speaker believes that one should be good and fair when it is easy and benefits him or her, but when problems loom and crises have to be faced, ethics are optional. This attitude is another calling card of Oliver Wendell Holmes’ “Bad Man,” the law abiding citizen who will cut your throat for his own benefit if he finds a legal loophole. In a true crisis, ethical values are often the only thing standing between us and catastrophic misconduct in the throes of desperation and panic; they aren’t luxuries, they are life-lines. When you hear yourself saying, “I’ll do anything to fix this! Anything!” it is a warning, and the ethics alarm needs to start ringing hard. Grab those ethical values, and hold on to them. They are the last thing you can afford to be without at such times.

II. Isolation: Groups and teams that are far from headquarters—either in geography, access to information, or both—are vulnerable. When a team that is isolated (by accident or design) comes under the direction of an authoritarian, competitive leader, an enterprise has created the baseline conditions for corruption. People are far more influenced by their immediate surroundings than by a code of conduct set at the top.

This is group-think, ignoring the tenets of Professor Zimbardo’s rules that he recommends to avoid the phenomenon:

“Avoid situations where you lose contact with your social support and informational networks, for the most powerful forces of social influence thrive then. You do not want all your reinforces to come from these new sources….Never allow yourself to be cut off emotionally from your familiar and trusted reference groups of family, friends, neighbors, co-workers…

END_OF_DOCUMENT_TOKEN_TO_BE_REPLACED

Get out while your ethics alarms still work, Rachel. They’re already breaking down.

I’m not interested in criticizing MSNBC for bias. It intends to be biased; serving as the far Left alternative to Fox News is its niche, and was a conscious business choice. What is interesting is observing MSNBC as a case study in how the pressures of a corrupt institutional culture eventually destroy the integrity and ethical judgment of essentially ethical people. From a point where it was merely left-leaning, MSNBC has gradually jettisoned any shred of objectivity, and most remnants of fairness. Much of the transformation was wrought by Keith Olbermann during his fiery tenure, but others have picked up the baton.

The most obviously corrupted have been Andrea Mitchell, Chris Matthews, and Rachel Maddow, all previously well-credentialed and with distinguished service as legitimate and respectable journalists. Under the spell of MSNBC, Matthews has devolved into an angry, race-baiting, smearing hack; the days of grilling Republicans and Democrats with equal fervor on “Hardball” have yielded to shrill, one-sided advocacy. Mitchell’s reporting has gradually abandoned any pretense of neutrality. The greatest tragedy here, however, is Maddow. She is young, smart, articulate and skilled. She doesn’t hide her progressive orientation, but once she appeared to be a rising star, a probing journalist with a point of view, but one committed to being professional and fair within that point of view.

Maddow has joined the MSNBC gun control push, but she has so much company there among the entire span of U.S. journalists that I can hardly blame her that on MSNBC. Misleading video editing has become a staple of her employers, however, as in the disgraceful Neil Heslin “heckling” story, and now Maddow appears to have embraced the technique when it suits her narrative. Last week, to add to the “gun control opponents are heartless and callous monsters” theme that is currently popular in the media, Maddow showed a video of Sen. John McCain at an Arizona town meeting, responding to a woman whose son was killed in the Aurora shooting asserting that assault weapons were responsible and ought to be banned. Maddow introduced the clip by saying,“this happened.” What was then seen and heard was McCain tersely answering the woman by saying she needed “straight talk,” and that the legislation she favored would never pass Congress. [See Maddow’s video here] END_OF_DOCUMENT_TOKEN_TO_BE_REPLACED