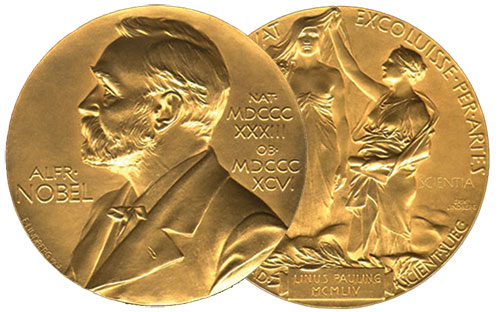 The ex-Secretary for the Nobel Prize Geir Lundestad admitted in a recent interview that President Barack Obama did not deserve the 2009 prize but was given  the award to strengthen Obama politically. This is, or should be, no surprise. However, the brazen admission is nauseating.

Not only were there real, deserving candidates for the prize. it is clear that they were passed over in a cynical effort to influence U.S. politics and policy. In his memoir entitled Secretary of Peace, Lundestad writes, “No Nobel Peace Prize ever elicited more attention than the 2009 prize to Barack Obama . . . Even many of Obama’s supporters believed that the prize was a mistake. In that sense the committee didn’t achieve what it had hoped for.”

By using Nobel’s honor this way, the committee devalued the award for all past and future recipients, no matter how deserving. Lundestad, meanwhile, shows that those who have controlled the most ethics oriented of major awards have no comprehension of ethics. His regrets about the award being given to an individual who had done nothing to earn it arise only from the fact that it didn’t work. Indeed it did not, as Obama drone-killed hundreds without due process, carried on illegal bombing in Libya, refused to act when Syria used chemical weapons, and generally practiced feckless, timid, principle-free politics in international affairs. That, however, was moral luck, and the argument is consequentialism. It would have been equally wrong to give the award to Obama if he had achieved real success in promoting world peace afterwards.

I want to be explicit that no one should hold Barack Obama responsible for this fiasco in any way. Awarding  the prize was unfair to him as well. Nor should he have allowed the honor to influence his decision-making at any time during his Presidency. There is no evidence that he did.

Once an award has been given based on politics and ideology rather than merit, it is no longer an award, but a lie. The Nobel Peace Prize is meaningless, not because it was awarded unethically once, but because there is no evidence that it won’t be again, the next time the Committee thinks they can manipulate a nation’s leadership and policies.

1. The campaign of Texas Democratic gubernatorial candidate Wendy Davis has issued an attack ad directly referencing gubernatorial rival Greg Abbott’s partial paralysis, and includes the image of an empty wheelchair. Davis could claim—and will, if she hasn’t already–that  the implication that his use of a wheelchair argues against his qualifications to be governor is inadvertent or imagined, except that her supporters were caught in a Project Veritas video mocking Abbott for his disability, and Davis has made gaffes relating to his handicap before, as when she said that he hadn’t “walked a day in her shoes.”

2. She is a member of a party with supporters in the media ready to pounce on any Republican who makes a similarly provocative reference to an opposing candidate’s race, religion, ethnicity, gender or “abled status.” The double standard is certainly a campaign boon to Democrats, but they have to take advantage of it a bit more subtly than this.

3. What is primarily wrong with the ad, however, isn’t the wheelchair, or the use of tactics that would called an appeal to bigotry if they were used by Republicans. It is that the arguments the ad seem to be making are stupid, unfair and wrong, and ones that Davis, who is a lawyer, must know are stupid and wrong, or she is stupid and wrong. END_OF_DOCUMENT_TOKEN_TO_BE_REPLACED 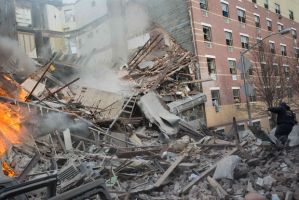 In an alternate universe, this missile strike prevented 9-11. It doesn’t matter.

Sky News host Paul Murray revealed a previously unreleased audio recording of Bill Clinton speaking to a group of Australian businessman in Melbourne (undoubtedly for an obscene fee, since the Clintons were poor as church mice back then, but I digress) on September 10, 2001.  Clinton’s fascinating answer to an audience question about terrorism has raised a lot of eyebrows:

Observations from an ethics perspective: END_OF_DOCUMENT_TOKEN_TO_BE_REPLACED

For your first Ethics Alarms Ethics Quiz of the New Year:

Consider these unethical politicians from Florida, Texas and California…

Explaining his proposed legislation SB808, dealing with “ghost guns” (that is, home-made weapons) at the California Capitol in Sacramento last week, de Leon held up such a firearm and said, “This right here has the ability with a .30-caliber clip to disperse with 30 bullets within half a second. Thirty magazine clip in half a second.”

This is genuine anti-gun gibberish that could not possibly be uttered with a straight face by anyone even slightly familiar with guns. There is no such thing as a “30-caliber clip;” he is referring to a 30-round magazine. (There is also no such thing as a “30 magazine clip.) “Caliber” refers the measurement of the width of a bullet or the internal diameter of a gun barrel, not what the magazine will hold. And the average rate of fire for a semi-automatic rifle, which is what he was holding, is about 120 rounds per minute, not 3,600 rounds per minute.

Why are legislators who don’t care enough about guns to educate themselves about what they are, how they work and what they are capable of doing, submitting legislation about guns? Because they just know guns are dangerous, and in their infantile, knee-jerk reasoning, that’s all they have to know. The rest is fakery: the legislator is pretending that he has sufficient expertise to be credible on the issue, when he is too lazy and arrogant to do the minimum study necessary to render him qualified to vote on gun regulations, much less author them.  This is the equivalent of a legislator who thinks babies are delivered by storks proposing abortion laws. END_OF_DOCUMENT_TOKEN_TO_BE_REPLACED 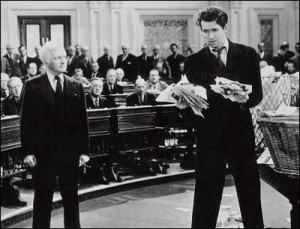 The sequel, “Mr. Smith Gets Stupid” was not a success.

Sen. Rand Paul proved to my satisfaction that he doesn’t have the intellectual chops to be a U.S. Senator with his foolish argument in 2010 that the 1964 Civil Rights Act was unconstitutional, while suggesting that he would have voted against it. (For the record, Paul’s been targeted on Ethics Alarms for various ethics transgressions five times since 2010. He is not our favorite Senator.) You can hide IQ inadequacies a long time on Capitol Hill—look at Joe Biden—but those missing points are telling at the moment, as Paul stages an embarrassing, silly, and wasteful filibuster in the old style, doing his best “Mr. Smith” impression to block the inevitable confirmation of John Brennan as CIA director.

Sen. Paul says he’ll talk until he drops or until the Obama administration states definitively that it doesn’t have the right to “kill an American on American soil.” Why is this such a high priority for Paul? Eric Holder answered his office’s query on the topic with this eminently reasonable response, which Paul has managed to completely misconstrue. Holder said in part, END_OF_DOCUMENT_TOKEN_TO_BE_REPLACED 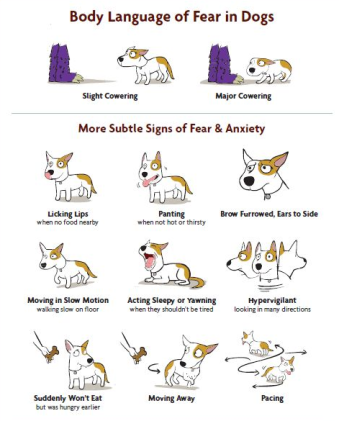 Is THIS the Administration’s secret weapon against terrorists?

The Washington Post launched a three-part series today about the U.S. drone strike program, in which terrorists abroad are targeted and assassinated from the sky. I’m not prepared to attempt an ethical analysis of this deadly tool against international terrorism, although I will acknowledge that my initial, gut level assessment is that the unique nature of terrorism requires adjustments in the ethics of national security and warfare, and drone killings seem to be a fair and reasonable adjustment.

Yet it is still killing. It is also controversial, with many human rights activists, international law specialists and ethicists vehemently condemning the tactic, especially when used against turn-coat Americans abroad without due process of law. Consequently, the Post’s revelation that the Administration’s “kill list” is called something else rings the ethics alarms.

“Over the past two years, the Obama administration has been secretly developing a new blueprint for pursuing terrorists, a next-generation targeting list called the “disposition matrix.” The matrix contains the names of terrorism suspects arrayed against an accounting of the resources being marshaled to track them down, including sealed indictments and clandestine operations. U.S. officials said the database is designed to go beyond existing kill lists, mapping plans for the “disposition” of suspects beyond the reach of American drones.” END_OF_DOCUMENT_TOKEN_TO_BE_REPLACED 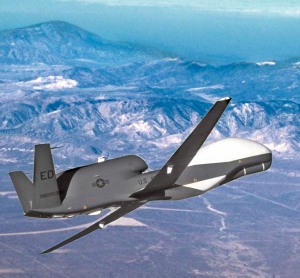 I am hardly a pacifist. Wars can be necessary, and I am usually supportive of American uses of military power abroad. Nor do I believe that civilians, of our nation or others, can claim ethical immunity from the perils of armed conflict. Wars are waged between peoples, not governments, and the people whose governments make war or provoke it are accountable. Citizens of warring countries cannot be fairly called “innocent,” unless they are actively opposing the war and working to bringing it to a peaceful end. I believe that Truman was right to drop the first atom bomb.

Still, for a nation to intentionally target civilians in warfare, or to recklessly endanger them for a questionable military purpose, is indefensible. For a nation to do so in another nation with which it is not at war is…murder. And this, it appears, is what the United States is doing in Pakistan. END_OF_DOCUMENT_TOKEN_TO_BE_REPLACED