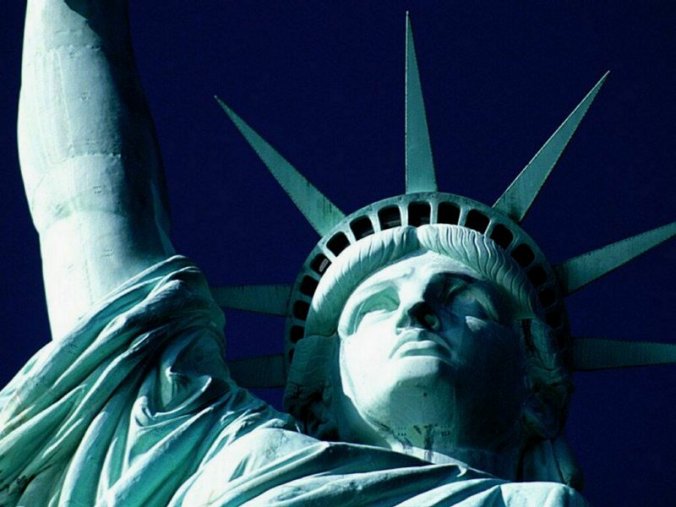 Friends and followers: Don’t let anyone get away with this. Using “The New Colossus,” the 1883 poem that appears on the Statue of Liberty as authority in any current debate over national policy is either fatuous, ignorant, dishonest, stupid, or a cynical effort to appeal to the emotions of those who have no grasp of history or logic.

There is are periodic outbreaks of silly Lazerus worship every now and then, and we’re in the middle of another one. Indignant memes showing Lady Liberty and some or all of Emma’s one hit poem are popping up all over social media. Anyone who posts one is either an ignoramus, a liar, or shamelessly trying to suck up to progressive friends who are dishonest and ignorant, hoping that nobody will notice. I notice, and so should you. Call them on it. Appealing to the words of “The New Colussus” is approximately as  valid as extolling the words of “Imagine,” “Jabberwocky,” or “Me So Horny.” Anyone who tries it should be mocked and shamed.

The Trump administration issued a final rule yesterday empowering federal officials to deny green cards to legal immigrants who have received certain public benefits or who are deemed likely to do so in the future. Good. This is sensible and responsible policy, and while polls are inaccurate and the public doesn’t understand what it says it approves or disapproves of much of the time, it is also policy about 3/4 of the public seems to agree with.

Of course, Democrats are calling it “racist,” since anything that the Trump administration does is racist. The negative stereotype of the immigrant who dashes to the welfare office the second he becomes a citizen has been around for decades…

but Americans don’t find the behavior funny, and should not. Expecting new Americans given the privilege of using our individual liberties to succeed to the extent their abilities, creativity and diligence will take them to be self-sufficient is completely reasonable and responsible. It also is 100% consistent with the expectations when Emma Lazarus wrote her poem. There was no welfare, public housing, food stamps or other public assistance waiting for those  tired,  poor,  huddled masses yearning to breathe free. There was just the air to breathe free, and the opportunity to succeed or fail. END_OF_DOCUMENT_TOKEN_TO_BE_REPLACED 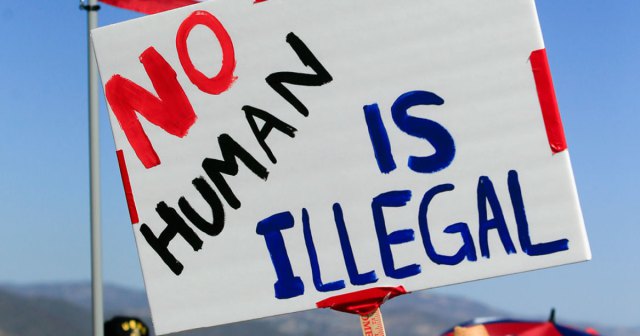 I decided that this one was too stupid for the poll…

I want to express my gratitude to veteran Ethics Alarms commenter and previous Commenter of the Year texagg04 for another of his epic contributions, this one following up on my poll asking readers to vote for the worst of 15 commonly used justifications for tolerating illegal immigrants. Rather than choose the worst—“stupidest,” in Tex’s parlance that I approve of in this matter—he ranked them from stupidest to least stupid, after commenting on each and explaining what each signifies.

The Most Stupid in his ranking is also the most sinister and the most important: “Opposing illegal immigration is racist/xenophobic.” The entire pro-illegal immigration movement has adopted the strategy of impugning opponents as racist or xenophobic  to both stifle legitimate debate while demonizing the rule of law and immigration restrictions.

The poll that ended the January 22 Ethics Alarms post about Jennifer Mendelsohn , who thinks that if you had a legal immigrant in your lineage you are a hypocrite to advocate enforcing immigration laws attracted 239 votes, and Ethics Alarms record (multiple choices were allowed). The final results with percentages of votes cast:

Here is texagg04′ s Comment of the Day on the poll included in Meet The Passionate Ethics Dunce Confronting Public Figures With Their Immigrant Histories As If It Proves Anything: END_OF_DOCUMENT_TOKEN_TO_BE_REPLACED

Baaaaad Morning for me, GOOD MORNING to you, I hope.

1.  The New York Times, I thought, has an unusually fair story on the two phantom Trump phone calls that roiled “the resistance” yesterday. The President had said that he had received “calls” from the President of Mexico and the Boy Scout leadership, the former to salute him for getting tough at the border and the other to praise his controversial remarks at the annual Jamboree. There were no such calls, as the Mexico and the BSA had strongly suggested, and the White House confirmed this yesterday. In its piece this morning, the Times included a germane quote from pre-politics Trump in his 1987 book “The Art of the Deal”:

“People want to believe that something is the biggest and the greatest and the most spectacular. I call it truthful hyperbole. It’s an innocent form of exaggeration — and a very effective form of promotion.”

Germane, except that we already know that he thinks this way—and I don’t think referring to a conversation (in the case of Mexico) or multiple members of the Boy Scouts leadership”praising his speech in person after he was done (“Nice job!” “Great speech!” “The boys really appreciated it!”) as phone calls qualifies as “hyperbole,” truthful or otherwise.

These are examples of the President’s well-established addiction to speaking in word clouds and approximations. He “saw” (well, maybe not literally) “thousands of Muslims” (Okay, maybe he didn’t see them, but they were there! ) celebrating the doom of the Twin Towers in New Jersey. He never supported the Iraq invasion (saying otherwise to Howard Stern doesn’t count). Now add the hundreds of others we either discussed here or that were flashpoints during the campaign. The President’s attitude toward these little and large imprecisions of language has been, apparently since childhood, “Whatever.” He really doesn’t think they matter, because to him the difference between, for example, “calls” and other communications doesn’t matter.

It’s a terrible habit. It undermines his credibility. It weakens his ability to persuade and lead. It makes him look foolish, careless and stupid, and shows a lack of discipline. It gives his intractable foes easy bullets to shoot at him. It’s also an established trait, at this point. This is, again, the Julie Principle. This is how he is, and both his supporters and detractors know it. What  is accomplished by treating each new example as a major scandal? “Well, you can’t just let him get away with it!” is the reply.

He doesn’t get away with it. It undermines his credibility. It weaken his ability to persuade and lead. It makes him look foolish,  careless and stupid, and shows a lack of discipline.

2. The Times seems to make a mild “everybody does it” excuse for the President, citing the examples of two Presidents the Times also hated, LBJ and Reagan, mostly Reagan. “It is hardly unprecedented for a president to use a story to inspire or motivate, or to embellish a yarn for the sake of punctuating a poignant message,” the Times says. Then it recounts this: END_OF_DOCUMENT_TOKEN_TO_BE_REPLACED