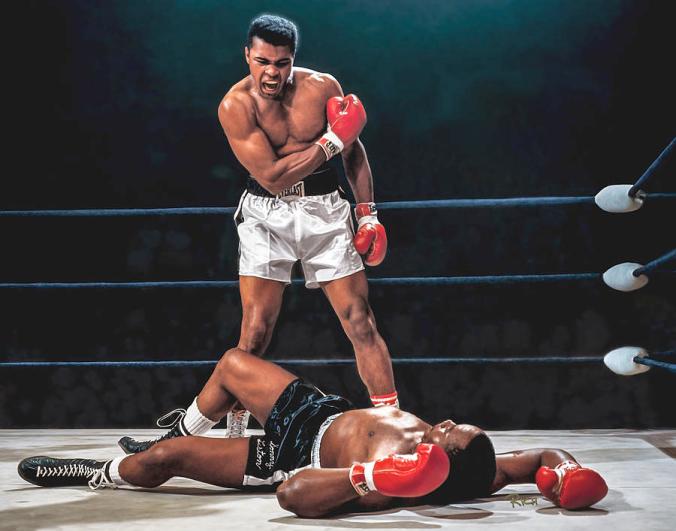 Notice of a correction: in the first version of this post, I mistakenly wrote that the famous photo above was  of the first Liston fight. It was not: this was the dramatic scene that ended the rematch. Thanks to Tim Levier for reminding me.

1. Cultural literacy thoughts: I wonder…how many Millennial Americans—or among the post-boomer generations—recognize the context of the photo above? On this date in 1964, a brash 22-year-old black boxer named Cassius Clay (1942-2016) pulled off one of the great upsets in sports history, defeating world heavyweight boxing champ Sonny Liston, an 8-to-1 favorite, in a seventh-round technical knockout. The now iconic photo above captured the dramatic finale of the 1965 rematch, ending the speculation that Clay’s victory over the previously frightening Liston had been a fluke.

Indeed, the 1964 fight was just the beginning of a remarkable story.

After his stunning victory, the sudden celebrity attended a victory to a private party at a Miami hotel. In attendance was Malcolm X, the outspoken leader of the rising African American Muslim group known as the Nation of Islam. Two days later, Cassius Clay announced he was joining the Nation of Islam, and renounced his “slave name”  to adopt  the Muslim name, Muhammad Ali. As Ali, he became one of the most influential social and political figures of his era, affecting civil rights, politics, public attitudes, language and culture…and sports, of course, as  professional boxing’s greatest champion. After successfully defending his title nine times, Ali surrendered it in 1967 after he refused induction into the U.S. Army on the grounds that he was a Muslim minister and thus  a conscientious objector. His stand against the Vietnam War galvanized national opposition to the war, especially among students and the young. In 1971,  the U.S. Supreme Court overturned Ali’s draft evasion conviction, and in 1974, he regained his heavyweight title in a match against George Foreman in Zaire, enshrining his phrase “rope-a-dope” in our lexicon. Eventually Ali became  the first boxer to win the heavyweight title three times. His post-retirement diagnosis  of pugilistic Parkinson’s syndrome and the sad spectacle of the once loquacious and witty athlete’s slow decline into near speechlessness and impaired motor functionscontributed to the collapse of boxing’s popularity. Ali was awarded the Presidential Medal of Freedom by Ronald Reagan, and lit the Olympic flame at the opening ceremonies of the1996  Summer Games in Atlanta, Georgia.

My mother, who like virtually everyone in her first generation Greek family was uncomfortable around blacks, once met Ali, who was seated next to her at a Harvard College function when she was Assistant Dean of Housing. She said later that he was the most charming, charismatic, beautiful man she had ever met in her life.

2. You can lead an idiot to child-proof packaging, but you can’t make him think. A study in the Journal of Pediatrics aimed at figuring out why there has been a steep rise in accidental poisonings of U.S. children according to CDC figures has come to a disturbing conclusion. Researchers analyzed nearly 4,500 calls to five U.S. poison centers in Arizona, Florida and Georgia over an eight month period in 2017. They found more than half of the prescription medicine poisonings occurred because parents and grandparents removed  pills and medicines from child-proof packaging to make them more easily accessible, to help the adults remember to take them, or more convenient for travel. END_OF_DOCUMENT_TOKEN_TO_BE_REPLACED 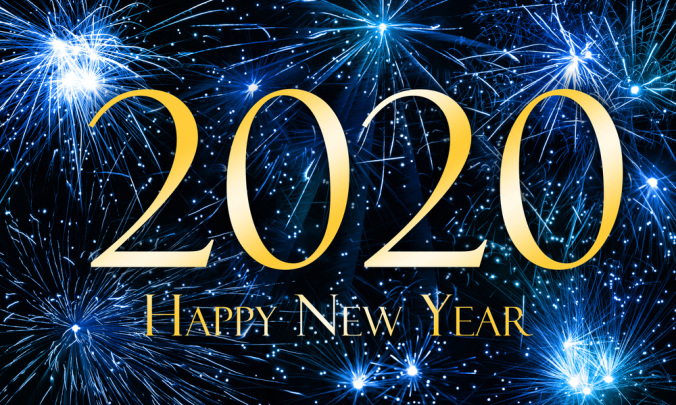 Let’s begin the new year with a Comment of the Day.

One of the important things I have learned since beginning this blog in 2009—in addition to the apparent fact that trying to elaborate on the topic of blackface and dark make-up in the arts will get one’s blog banned on Facebook and there is literally nothing one can do about it—is that the commenters enrich, define, and advance the mission of the blog beyond anything I could have anticipated.

Pennagain’s comment on the topic of the so-called “gig economy” and California’s efforts to smother it is an excellent example. (One of the joys of any Pennagain COTD is that I know I won’t have to check for typos, since Pennagain regularly checks MY posts for typos…). Behold the Comment of Day on the post, “Side hustle?” SIDE HUSTLE?”:

I hardly know where to start. It’s the so called “gigs” that people learn most from. It’s those with the widest experience who can not only make the most of their job (main gig), whatever it turns out to be, but who will accommodate to change, go with the flow and roll with the punches, get a kick out of learning new things from different people, be comfortable experimenting with ideas and opinions.

Retirement – grandpa M. was 54 when he found, as the British put it so accurately, to be “redundant” to his own business when one of his sons took it over. He’d been good at his job, learning the trade from his father and practicing it in one form or another since he was a child, bringing his expertise (and, necessarily, a wife) to the New World at the turn of the century. He had never done anything else in his life. Building and running his business was his whole world, full of customers, many of whom had become close friends. The job kept him active, on his feet, reaching, stooping, sorting, lifting, dealing with salesmen and stock deliveries. He appraised and bargained, bought and sold. He had fierce competition that excited him, and he enjoyed every minute of it.

On the day he (was) retired, he sat down in a red plush chair in his living room and spent nearly every day for the rest of his life sitting there, having nothing else to do. No interests, no radio—no hobbies, no friends, not even any acquaintances. He’d never bothered to get to know his neighbors or attend any social functions at his house of worship. He had nothing in common with his family (the son who inherited the business never came to visit; too busy at work). The second-generation Americans who came religiously to visit, at least one group each weekend, didn’t speak either his original or his business language, nor he theirs.

He died just after his 55th birthday. In the red chair. END_OF_DOCUMENT_TOKEN_TO_BE_REPLACED 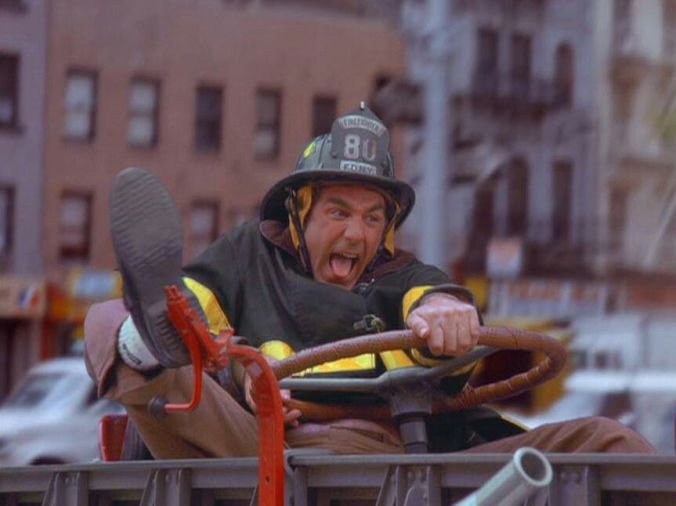 Apparently Democrats think this is me…

“The Side Hustle is Increasingly a Fact of American Life” says the New York Times,  and progressives want to restrict them.  Of course, being a versatile guy who can do a lot of things people will pay to have done, I resent the “hustle” term, which makes me sound like “Seinfeld'”s Kramer with a law degree….and that, making what people like me do sound cheesy and even a little bit shady, is the idea. Legislators and Presidential candidates—guess which party!– have expressed great concerns about the so-called “gig economy,’ arguing that it is proof of  unhealthy capitalism.  (Amusingly, this is exactly what Elizabeth Warren did when she was litigating appeals while serving as a Harvard law professor, but that’s different.) The data does not support the latest argument for controlling your life and mine, however.

Naturally, those who want to must be stifled for the greater good, and need to get with the program. California’s recently passed Assembly Bill 5 (AB5), set to take effect on January 1, 2020,  will make it illegal for contractors who reside in California to create more than 35 pieces of content in a year for a single company, unless the business hires them as an employee. END_OF_DOCUMENT_TOKEN_TO_BE_REPLACED