Stop picking on this guy. He vanished long ago.

I’m not even going to quote from the lower-than-low-blow kiss-and-tell article by Lucy Klebanow in in Salon titled “My awful date with Donald Trump: The real story of a nightmare evening with a callow but cash-less heir.” I couldn’t finish reading it, so quickly was it apparently that I, like you, didn’t need to start, so self-evidently unethical and inexcusable was its motive and topic.  There is nothing newsworthy within it, and while its unjustifiable incursion into the area of privacy that every human being, even celebrities, have a right to enjoy isn’t quite at the Hulk Hogan sex tape level, it is no less wrong.

This same, mean-spirited, essay could be written about me, or you, and definitely about Lucy Klebanow, by anyone who happened to have a one-time social encounter with us that didn’t show us at our best. What has Donald Trump done to exempt him from the basic human courtesy of keeping the details of such inevitable social disasters on the way to maturity and wisdom between the two participants? Nothing. Nothing, because nothing, not even Trump’s own indiscretions about others, can do this. The Golden Rule applies here like epoxy: we don’t do this disgusting thing, because nobody wants their own repulsed bad dates to do it to them. It’s a terrible thing to do. To anyone. Period. No exceptions. END_OF_DOCUMENT_TOKEN_TO_BE_REPLACED

To be fair, Donald Trump supporters and Trump himself are not the only ones who would transform the United States into a rude, boorish snakepit of jerks and narcissists.

There is Bryce Harper, for example, shown above in his minor league days blowing a kiss to a pitcher after a home run.  In a much discussed interview with ESPN, Harper decried the “unwritten rules” of Major League Baseball, which, among other things, disapprove of showboating, trash-talking, styling, and showing up  opposing players. Naturally, many sportswriters, whose IQ and ethical standards hover perilously close to those of the juvenile, none-too-swift Harper, are flocking to his side.

“It’s a tired sport because you can’t express yourself. You can’t do what people in other sports do,” Harper said in the interview. “I’m not saying baseball is . . . boring . . . but it’s the excitement of the young guys who are coming into the game now who have flair. If that’s Matt Harvey or Jacob deGrom or Manny Machado or Joc Pederson or Andrew McCutchen or Yasiel Puig — there’s so many guys now who are so much fun.”

Nobody’s against fun, of course, and there have been many players past and present whose unique flair was justly celebrated. Harper, not being a rhetoric master, probably mixed up the harmless with the toxic in his list unintentionally, but there’s no excuse for Pulitzer Prize-winning sportswriter Tom Boswell, other than the fact that intellectual dishonesty is his career calling card.

“From Willie Mays basket catches to Pete Rose sprinting to first on a walk to Dennis Eckersley fanning his finger-pistol at hitters he had struck out, baseball needs all the authentic extroverted individuality it can get, ” writes Boswell in his piece about Harper in the Washington Post. Ah yes, the device of the deceptive metaphor. Willie Mays used the basket catch because that’s the way he caught baseballs. Pete Rose ran to first on walks because he hustled.

The pistol routine Eckersley used (occasionally)? He was being a jerk. END_OF_DOCUMENT_TOKEN_TO_BE_REPLACED

[I’m on the road, and have a commentary on last night’s debate to file, but it’s hard doing it right in cabs and airports. This stupid tale, however, doesn’t take as much thought.]

Like the last post, this one begins in Minnesota. Something strange is going on up there. I didn’t write about this lawsuit  a year or so ago when it first came to my attention, but it is apparently still live. It is unbelievable, but also true.

PRIDE Institute Inc. of Eden Prairie is a non-profit agency that works with lesbian, gay and transgender clients, helping them deal with “mental health, substance abuse and sexual health” issues. As a special treat for its staff, the HR department hired a hypnotist as entertainment at a staff holiday party. The hypnotist, Freddie Justice, started his act  by telling the employees that he recognized it was a work event and that they didn’t have to worry about, for example, being hypnotized to “cluck like a chicken.”  His audience put at ease, Freddie entertained the group for nearly an hour and a half, hypnotizing volunteers and persuading them to do various silly things for the amusement of their colleagues.

Then the hypnotist asked the agency’s director of human resourcesor permission to conduct a final special demonstration.. With her permission, Justice selected three female volunteers, hypnotized them and told them they were going to experience an intense orgasm, like Meg Ryan’s fake version in “When Harry Met Sally.” All three did, spectacularly so, in front of their co-workers and the CEO of the agency. END_OF_DOCUMENT_TOKEN_TO_BE_REPLACED

I am in full sympathy with anyone who gets the creeps from Ted Cruz. The news media’s problem with Cruz, however, is also soaked with pure ideological bias. It doesn’t like his religiosity, nor his conservative fervor. If they turned one-fifth of the intensity of their anti-Cruz zeal on Hillary Clinton, maybe a few more of her more zombified followers  might finally feel some neurons firing.   (I don’t know if Trump shooting someone would dissuade his herd, but I have talked to Hillary supporters who would either refuse to believe it or claim it was set up by Republicans.)

Apparently Cruz’s kamikaze legislative tactics, mendacity and dirty tricks in his current campaign isn’t enough ammunition for those who want to derail his ambitions: now the news media is just looking for dirt, or manufacturing. Supposedly legitimate news organizations have scraped the bottom of the academic barrel to find lawyers who would argue that Cruz isn’t a natural born citizen, even though the same editors would have leapt out of their windows before seeking scholarly endorsement of Obama birther theories. Even non-political publications are doing it: Psychology Today just disgraced itself by publishing the ultimate pseudo-science junk piece from  a professor of neurology at George Washington University, Dr. Richard E. Cytowic, who explains in clinical terms why he, at least, finds Ted Cruz creepy. It is nothing but an ad hominem attack based on his opinion that Cruz is funny-looking, exactly as wrong as criticizing Obama’s ears, Hillary’s calves or Bernie’s wrinkles.

Ah, but Ted Cruz deserves this, you see, because he is conservative, Republican, genuinely rather than tactically religious—can’t have that—and one of the “Cuban guys.”

Piling on after the cheap shots taken at Cruz via Twitter by his jealous Hollywood jerk Princeton roommate, journalist Ellie Shechet decided to track down as many of Cruz’s college acquaintances as possible. allegedly to investigate a “rumor” of young Ted doing something disgusting, but really to see who would trash him. Here’s an example of her “investigative journalism”: END_OF_DOCUMENT_TOKEN_TO_BE_REPLACED 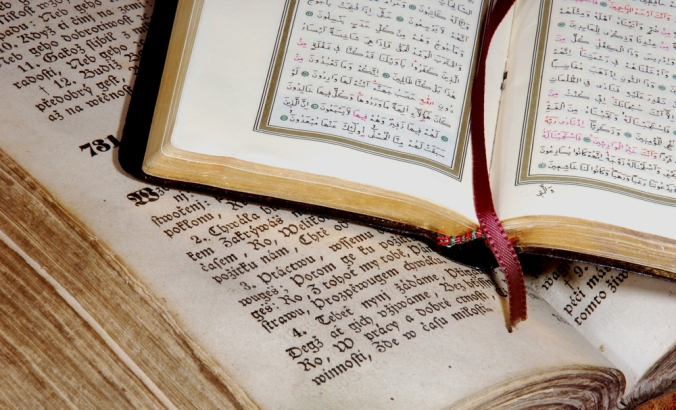 I think my favorite kinds of Ethics Alarms comment are those in which  commenters honestly, openly and sometimes painfully explore their conflicted feelings on  complicated ethics issues clouded by unresolved, and perhaps unresolvable, gray areas. This, by Ethics Alarms newcomer valentine0486, is such a comment.

The topic is the fair treatment of Muslims, in light of the formal tenets of their religion. Obviously, this is much on everyone’s mind now. An increasingly threatening form of terrorism is emanating from Islam. One end of the political and ideological spectrum holds that the entire religion and all of its adherents, including U.S. citizens, are inherently untrustworthy, and must be presumed to be dangerous. The other end, unfortunately the end resided in by the President (and Hillary Clinton, until the polls dictate otherwise), persists in denying that there is reason to regard Islam as any different from any other religion, and most absurdly, pretending that ISIS isn’t even Islamic. There must be a reasonable, safe, fair, American way between these two extremes, but what is it? This comment doesn’t solve the conundrum, but it opens the window a bit wider to air the inquiry.

Here is valentine0486’s Comment of the Day on the post, Ethics Quiz: The Fick Calls Loretta Lynch’s Bluff: END_OF_DOCUMENT_TOKEN_TO_BE_REPLACED

I realized, in reading the rationalizations being given by defenders of the decision of the New Jersey aunt of recent controversy to sue her young nephew for accidentally injuring her wrist when the boy was eight all boil down to a familiar rationalization repeated often in a classic film and its sequel. Somehow that rationalization missed inclusion on the Ethics Alarms Rationalizations list. (There are 60 rationalizations now, with some labeled as sub-categories.) After today, that will no longer be the case. Presenting…

Near the end of “The Godfather,” longtime Don Corleone loyalist Sal Tessio (played by the immortal Abe Vigoda) is caught attempting to ally with a rival family in an attempt to kill the new Don, Michael Corleone. As he is taken to the car for his final ride, Tessio turns to consiglieri Tom Hagen and says…

“Tell Mike it was only business. I always liked him.”

Ah. It wasn’t personal, you see, this attempted assassination. That makes it all right.

END_OF_DOCUMENT_TOKEN_TO_BE_REPLACED

Memories Pizza, you will recall, rushed to let everyone know that it supported Indiana’s short-lived “Let’s discriminate against gays” law, which Pope Francis would have approved of, apparently.  The poor, naive little establishment, which was about as likely to cater a gay wedding as a White House state dinner, became the immediate target of social justice warrior bullies, who nearly succeeded in running them out of business.

On September 25, 2015, comic Robin Trevino, a member of the gay theatrical ensemble GayCo, drove to Walkerton, Indiana, bought pizzas at  Memories Pizza, , and served Memories Pizza to all the guests at his September 26, 2015 same-sex wedding reception, then released a video to alert the world that Memories Pizza had unknowingly catered a gay wedding  after all.

Was it ethical to do this?