Commenter Glenn Logan argues that President Obama’s C- Ethics Grade in the post is too high. Here is his Comment of the Day, on the post “Ethics Carnage in Wisconsin: The Ethics Grades So Far.”

“I think that Obama is getting grade inflation here. Obama was elected to lead all Americans, not just unions.

“While Walker’s position and comments may be imperfect, and Obama is certainly within his rights to disagree, it is his duty to all Americans to at least take the other side into account. Presidents who are entirely partisan are poor presidents, and in this instance, a C- is unfairly high.

“Combine that with his pronouncement to Republicans after he was elected that “Elections have consequences, and I won,” and in my view, you have an ethics train wreck.  This is as two-faced and unfair as it is possible to be, and dispatching his political organization to inject an even more partisan impact into the problem and the best grade I could give him is a D-.” 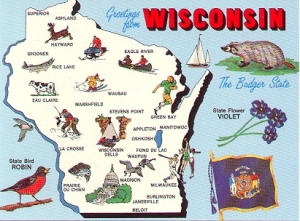 The story to date: Wisconsin’s Republican Gov. Scott Walker announced a budget-repair measure to address  looming budget deficits (in a state with a balanced budget mandate in its constitution) by requiring state employees to contribute a larger proportion of their pensions and health care plans, and  restricting their long-standing  collective bargaining rights. Wisconsin’s deficit is projected at $30 million for the remainder of the 2011, with a shortfall of $1.5 billion projected for next year. In response to Walker’s announcement and the near certainty of his plan being passed by the Republican dominated state legislature, 14 Democratic legislators fled the state to prevent a quorum and block a vote, teachers left their classes to protest in Madison, where they were joined by thousands of pro-union protesters, many of whom were organized and bused in by Organizing for America, a White House operated political group.

Let’s try to separate the ethics wheat from the chaff—amazingly, there is actually some wheat–and get an early line on the heroes, dunces, villains, and the rest as the Wisconsin budget battle threatens to become a full-fledged Ethics Train Wreck. END_OF_DOCUMENT_TOKEN_TO_BE_REPLACED