“Evil exists. Good people should fight evil. But government is often the wrong instrument to fight evil. The people doing sick and contemptible things to children in the name of “curing” homosexuality very likely feel as strongly as I do, and might — if they got their way — use government to achieve their ends. People who love liberty must fight with their heads, not just their hearts.”

—– Ken, the First Amendment besotted lawyer/blogger/libertarian/wit who reigns at Popehat, writing about his doubts regarding California’s ban of so-called “conversion therapy.”

I recommend that you read the whole post, and everything Ken writes, basically.

I’m somewhat less conflicted than Ken in my opposition to this legislation, and wrote about the ban earlier this year, here, and here.

Well, they did it.

If you think Jerry’s moonbeam has expired, you should see Linda…

The California Sate Legislature,  spurred on by State Senator Ted Lieu and with the approval of erstwhile “Governor Moonbeam” (nobody calls Jerry Brown this anymore since he went bald and gray, but he’ll always be that in my heart! ), has decreed that if you think your son or daughter may be confused about their sexuality, you’re out of luck, or you’d better move to a state that hasn’t made political correctness mandatory—which is to say, to this degree, anyway, any of the rest. It’s a truly sickening law, and the fact that none of the news reporting of it indicates that the reporters are properly nauseous scares the pants off of me.

I wrote about this despicable measure when it was still a twinkle in California’s jaundiced eye, and I’m not going to repeat myself—except to reiterate that my objections have nothing to do with believing that “gay conversion therapy”  is usually anything but a wishful and desperate brainwashing attempt by parents who are homophobic and whose religion teaches them that Satan just chose to give their son the Pervert Virus. Nonetheless, therapists talk, and this is a law that tells them what they can and can’t talk about. Ethics Foul I: abuse of power and violation of  Free Speech.  END_OF_DOCUMENT_TOKEN_TO_BE_REPLACED 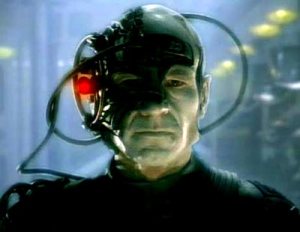 California knows what’s best for your maybe-gay child, not your child’s therapist. Resistance is futile…

California’s legislature is poised to pass legislation that would ban state doctors, counselors and therapists from offering sexual orientation change efforts (SOCE) treatment for minors, and parents from seeking them. The rationale is a tangle of research, opinion, politics, ideology and political correctness that makes distinguishing legitimate reasons from illegitimate ones impossible. The end result, however, is a law that tells counselors and therapists what is appropriate treatment regardless of their expertise and the wishes of parents, because, of course, the typically moderately IQ-endowed legislators know best, or rather the gay rights advocates who dictate to them do. Either way, this is a serious intrusion of government into the counseling profession, free speech, parental authority and individual freedom, and any competent elected official would see that the second such an over-reaching and presumptuous bill reached his or her desk. END_OF_DOCUMENT_TOKEN_TO_BE_REPLACED 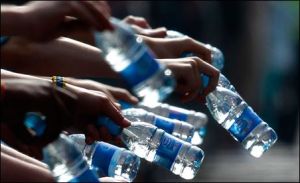 A surprising new report announces that the well-established health standard that we should all drink at least eight glasses a day is a myth, with no data to support it.  Moreover, the report says, drinking so much water may actually be harmful.  Meanwhile, widespread acceptance of water and hydration as a health benefit has led directly to the explosion in the use of bottled water, wasting money and creating an environmental crisis with so many discarded plastic containers.

I would hope that such news, and we get these kind of sudden “never mind!” stories with fair regularity, might convince some of the more insulting critics of global warming skeptics to temper their contempt.
The ideologues and conspiracy theorists who refuse to accept that the world is warming—though nobody really knows how much or how long—and that the effect is likely caused by mankind—though nobody can say with certainty that mankind can reverse or stop it—are rightly derided, up to a point. But those who question the astonishing certainty with which some climate change scientists, Al Gore, and a passel of pundits, columnists and bloggers who barely passed high school chemistry claim to know what the effects of global warming will be, even though doing so requires extensive estimates, extrapolations and assumptions, are being no more than prudent, considering how frequently far simpler scientific conclusions have proven to be flawed, exaggerated, or as may be in the case of  the eight glasses of water, just plain wrong. Prudence is especially appropriate when speculative science transmuted into doctrine calls for huge expenditures of scarce resources and the re-ordering of national priorities, effecting nations, commerce, businesses and lives. END_OF_DOCUMENT_TOKEN_TO_BE_REPLACED

When a writer posits an intriguing theory and then fails to support it credibly, there are only a few alternate conclusions the reader can reach. One is that it is a viable theory, but the advocate didn’t have the skills to explain it. Another is that it is a mistaken theory, and the advocate is wrong. A third is that the failure of the writer to make a case for his theory shows how wrong it is.

A recent article in The Guardian is in the last category, I suspect. It is an argument so inadequate and dominated by flaccid rationalizations  that it nearly disproves the proposition it is supposedly defending. The thesis: “Immortality isn’t unethical.” END_OF_DOCUMENT_TOKEN_TO_BE_REPLACED