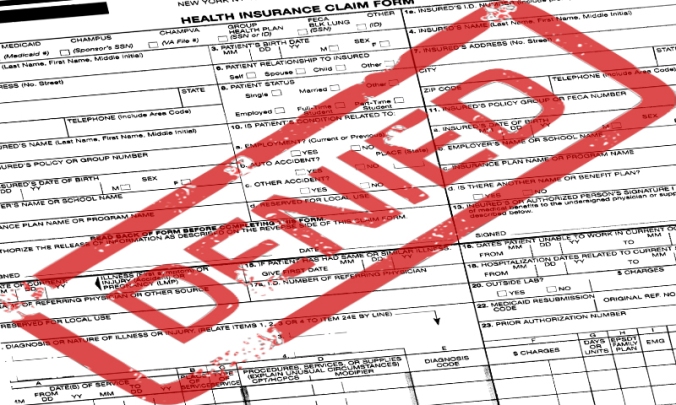 Here is a prime example of how the news media’s intentional or careless use of words warps public perception and policy.

Yesterday, the New York Times front page story about the GOP House’s health insurance bill noted in its second paragraph that the bill wouldn’t do enough to prevent “discrimination” by insurance companies against those with per-existing conditions. I have seen and heard that term, discrimination, used over and over again to describe the per-existing condition, and I apologize for not blowing the whistle on it long ago.

Using the term, which is usually used in other contexts to signal bigotry, bias and civil rights violations, is misleading and virtually defamatory. Insurance companies are businesses. They are not charities. They are not public resources. If an automobile company turns down an offer of half what a car costs it to make, it is not discriminating against that customer who made the offer. If a restaurant customer says to a waiter, “I have just four bucks, but I want you to bring me a dozen oysters, a steak, and a nice bottle of wine,” the establishment isn’t discriminating against the diner for sending him to McDonald’s.

Insureds with per-existing conditions want to pay premiums that are wildly inadequate for the coverage they know and the insurance company knows they are going to need. Insurance companies are portrayed as villains because they don’t eagerly accept customers who they know will cost them money, often a lot of money. That’s not discrimination. That’s common sense, basic business practice, fiscal reality,and responsible management. The news media and the under-cover socialists among us want to create the illusion that a company not wanting to accept customers who lose money rather than add to profits is a mark of corporate greed and cruelty, hence the use of “discrimination” as a falsely pejorative term, when the fair and honest word is “problem.” END_OF_DOCUMENT_TOKEN_TO_BE_REPLACED

“A fellow very friendly to the administration, a longtime supporter, cornered me at a holiday party recently to ask, with true perplexity: “How could any president put his entire reputation on the line with a program and not be on the phone every day pushing people and making sure it will work? Do you know of any president who wouldn’t do that?” I couldn’t think of one, and it’s the same question I’d been asking myself. The questioner had been the manager of a great institution, a high stakes 24/7 operation with a lot of moving parts. He knew Murphy’s law—if it can go wrong, it will. Managers—presidents—have to obsess, have to put the fear of God, as Mr. Obama says, into those below them in the line of authority. They don’t have to get down in the weeds every day but they have to know there are weeds, and that things get caught in them. It’s a leader’s job… to be skeptical that grand schemes will work as intended. You have to guide and goad and be careful. And this president wasn’t.” 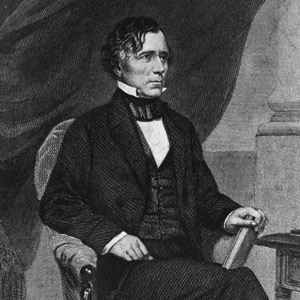 At least President Pierce had an excuse.

This is, of course, rank incompetence, but worse than that, it is arrogant, willful, shocking and frightening incompetence. It gives me no pleasure to say that I saw the signs of this years ago, for  years ago there was reason to be hopeful. Presidents learn, most of them, anyway. This one, without any experience to speak of in governing, management, leadership or even organizational process, not only hasn’t learned, but has never shown the slightest recognition that he has anything to learn. END_OF_DOCUMENT_TOKEN_TO_BE_REPLACED

The CBS legal drama “The Good Wife” has a good cast, well-scripted stories, and apparently a preference for misleading the American public on attorney ethics. Here’s the setting for its most recent set of gaffes: attorney Alicia Florrick (Julianna Margulies) and her supervising partner are battling an evil insurance company (you didn’t really think Hollywood would stay on the health care reform sidelines, did you? With a big vote coming up? ) that refuses to pay for in utero fetal surgery necessary to save an unborn baby from certain death. The insurance company’s attorney has a strong case, but offers a deal: it will pay for the surgery if Florrick’s firm will drop a class action lawsuit against the company. The partner, Will Gardner, refuses the offer: many other desperate members of the class need to make the insurance company pay for treatment, and besides, the law firm, which is in dire financial straits, needs the income that the class action might generate.

An ethical dilemma is a situation that requires us to choose between an ethical course and one that fulfills a non-ethical want or need, like getting a promotion, winning the love of our soul-mate, or improving our financial status. Choosing the ethical option often has negative consequences, but it is still the ethical option. Thus it is more than a little disheartening to read the advice columnist who calls himself “The Ethicist” supporting the unethical option—the one that rejects an ethical value in favor of self-interest. END_OF_DOCUMENT_TOKEN_TO_BE_REPLACED

From Reuters: CHICAGO – Cancer experts fear new U.S. breast imaging guidelines that recommend against routine screening mammograms for women in their 40s may have their roots in the current drive in Washington to reform healthcare…

The decision of the U.S. Preventative Services Task Force, an influential group that crafts guidelines for doctors, insurance companies and policymakers, to backtrack on decades of medical advice urging women to begin getting regular mammograms at the age of 40 has stirred debate and anger.  The most alarming aspect of the report, however, is that the new standards being put forth may reflect U.S. health care cost management considerations rather than proper concern for the health of U.S. women. END_OF_DOCUMENT_TOKEN_TO_BE_REPLACED