A Christmas Eve tragedy from 2014 has sparked another ethically provocative lawsuit.

James and Bethany Modisette were driving through Denton County, Texas, on the evening of December 24, 2014, when they had to stop their car due to a traffic incident ahead of them on the Interstate. Their children, Isabella, 8, and Moriah, 5, were in the back seat, Everyone in the vehicle had a seat belt fastened.

Meanwhile, Garrett Wilhelm, idiot, was chatting away on his phone using the FaceTime app, and didn’t notice that the traffic ahead of him was stopped. His car rear-ended the Modisettes’ vehicle at 65 mph. Little Moriah was killed.

Now the Modisettes have filed a lawsuit against Apple, the maker of the app and the iPhone it was used with, citing a “failure to install and implement the safer, alternative design … to ‘lock out’ the ability of drivers to utilize the FaceTime application.” In the suit, the parents claim the company didn’t warn FaceTime users like Wilhelm that “the product was likely to be dangerous when used or misused in a reasonably foreseeable manner.” END_OF_DOCUMENT_TOKEN_TO_BE_REPLACED

1.  I heard that National Anthem rendition on my car radio, and thought, “That can’t possibly be as off-key as it sounds, can it?” Then my various singer friends started howling on Facebook. I don’t know why debates are now treated like ball games, but there are thousands upon thousands of singers, male, female, and juvenile, who can sing the anthem well, and a lot better than Dina Carter did last night. There’s no excuse for getting someone who can’t stay on pitch.

2. Ben Carson prompted me to throw a magazine at the TV with his fatuous “we won’t solve America’s problems by trying to destroy each other.” It’s a competition, you fool. Someone should have shown you how ridiculous your wasteful candidacy was months ago, and you wouldn’t be clogging up the process now. If Donald Trump, a viper in the nursery, wasn’t ahead, Reagan’s admonition not to attack fellow Republicans might be a wise and ethical practice. Now, it is the equivalent of pacifism during World War II.

3. That was weak, incompetent moderating by Wolf Blitzer and Dana Bash, allowing Trump to speak over Rubio and Cruz who were doing a good job pointing up his hypocrisy and corruption. As usual, Trump’s rebuttals weren’t rebuttals at all but distracting attacks, pitched to the gullible.

4.  Trump had one brilliant, perfect, Presidential and appropriately tough response to ex-Mexican President Vicente Fox who swore Mexico would never pay for Trump’s “fucking wall.” (We have heard increasing vulgarity from media figures like Chris Matthews, President Obama and others, and now the breakdown in official civility has crossed our borders. Yes, I blame Donald Trump, and as he grandstanded about the “disgusting” word used, someone should have had the wit to note that he has personally lowered the standards of leadership discourse more than any figure since the Nixon tapes were released.) Trump’s response: “The wall just got 10 feet taller!” 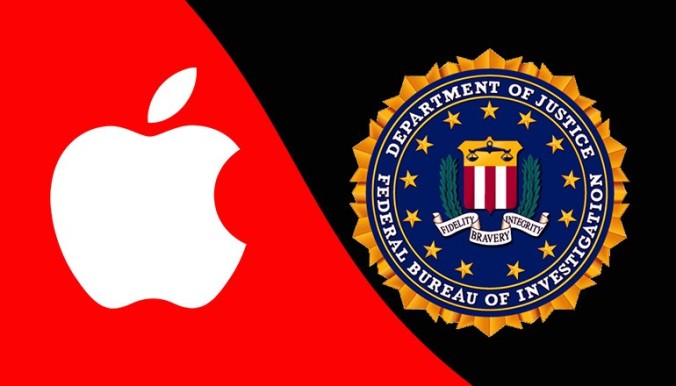 If, in some future nightmare scenario come true, the FBI needs to break the encryption on a private i-phone to find the secret code to defuse the Doomsday Machine  President Donald Trump set up after his mind finally snapped and he thought he was the Stay-Puft Marshmallow Man, I assume that Apple won’t stand on principle and will do what needs to be done to save the world. The current dilemma, however, is not that dire.

Although President Obama announced last year that he had decided not to pursue legislation requiring tech companies to give law enforcement access to users’ encrypted data, he proved once again that if you don’t like Obama’s promises, just wait a minute.  For last week, the FBI persuaded a judge to order Apple to create software that would help federal investigators crack into the iPhone 5C that terrorist Syed Rizwan Farook was using before he and his wife slaughtered guests at his company Christmas party in San Bernardino last December. Apple has vowed to defy the order. 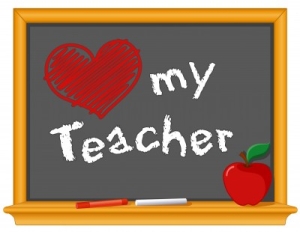 …especially with her new boobs….

Amazingly, this is the first bona fide sighting this year of the Naked Teacher Principle, an Ethics Alarms standard, and it is, as Hazel used to say, “a doozy.” (Yes, I will continue to try to educate younger readers in the finer points of Sixties pop culture no matter how obscure the reference is. Look up Ted Key, Shirley Booth, Don DeFore, and The Saturday Evening Post, my children…)

Since it has been so long, here is the NTP:

The Naked Teacher Principle: The Principle states that a secondary school teacher or administrator (or other role model for children) who allows pictures of himself or herself to be widely publicized, as on the web, showing the teacher naked or engaging in sexually provocative poses, cannot complain when he or she is dismissed by the school as a result. The original formulation of the NTP can be found here. It has had many tweaks and variations since, which can be found here.

Now hold on to your hats, public school fans. Here is the recent story that it governs: END_OF_DOCUMENT_TOKEN_TO_BE_REPLACED

The Naked Teacher’s Curse: What she wants the students to see (L); What they THINK they see (R)

So-called revenge websites are run by the scum of the earth. These cyber-offal of the internet, among their other cruel activities, post unauthorized photos of women and men in embarrassing, often naked or otherwise provocative poses, submitted by jilted lovers, assorted enemies, and vicious rivals. Then the site extorts money from the victims shown in the photos, or the photos remain up for all to see.

The existence of such sites ought to convince any rational person that allowing anyone to take digital photographs involving his or her naked body or sexual proclivities is a about as prudent as hiding active land mines in the back yard. If said rational person is a teacher, then allowing this crosses the line from unwise to certifiably insane, with gradients pointing toward a straitjacket and a padded cells according to the ages of the students. This is because, you see, the Naked Teacher Principle does not take into consideration why the teacher’s nude and luscious bod is suddenly a feast for prying young eyes and stimulus for newly minted libidos. It doesn’t matter, to the school, the students or their parents. What matters is that the photos exist, they got out, and he or she will never be looked at or thought about the same way again. END_OF_DOCUMENT_TOKEN_TO_BE_REPLACED

Me, I was always taught not to taunt angry dogs, or aggravate bullies who have good left hooks, or make faces at teachers who were mad at me for not turning in my homework. Thus I think the National Rifle Association may have been, if not foolish, needlessly provocative by choosing this moment in time to tweak its intractable and largely unhinged opposition by releasing a new smart phone app for iPhones and iPads, a 3D shooting range game.

Nevertheless, there is nothing unethical about it. This is a classic example of the ick factor at work. (The ick factor is the common phenomenon in which conduct that is unusual,strange, new, surprising or shocking are seen by many as unethical, when in fact they are just unusual, strange,new, surprising or shocking.) END_OF_DOCUMENT_TOKEN_TO_BE_REPLACED

This story just can’t be true as reported—can it? Please, please, let it be a hoax!— but every source confirms it, so I am awarding an early Ethics Alarms 2012 Award for the Unethical Disciplinary Decision of the Year to the addled, ethically-inert and incompetent administrators of the Highland Middle School of Anderson, Indiana. I am doing this now, instead of late December, when the rest of the awards are handed out, because no school, anywhere, could make a more unjust and outright stupid disciplinary ruling, this year, or any year.

By the way, this horrifying tale is a rare “Naked Teacher Principle”-“No-Tolerance”  policy hybrid. And what do you get when you cross these two? Jaw-dropping, blood-pressure-spiking incompetence! Imagine: END_OF_DOCUMENT_TOKEN_TO_BE_REPLACED

Wired reports that IBM has banned Siri, iPhone’s voice-activated digital assistant, its headquarters network. Employees trying to use John Malkovich’s new friend will be foiled. Why? IBM CIO Jeanette Horan told MIT’s Technology Review that the company worries that conversations with Siri might be stored somewhere. And indeed they are. Siri relays everything she hears to an Apple data center in Maiden, North Carolina. What happens to it then is anybody’s guess. END_OF_DOCUMENT_TOKEN_TO_BE_REPLACED

At least in New York. 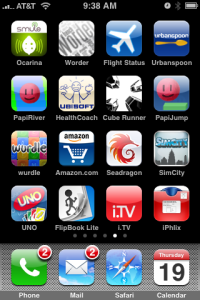 The New York bar has launched a Mobile Ethics App that allows judges, lawyers and law students to access legal ethics advice from their smartphones.

The State Bar has made its catalog of more than 900 legal ethics opinions,available on an app for iPhones, Android phones and BlackBerrys, as well as iPads, through their respective app marketplaces. “Ethics questions can arise in many different contexts. The NYSBA Mobile Ethics App will allow judges, lawyers and others to access the opinions of the Association’s Professional Ethics Committee on the spot from the convenience of their mobile devices,” said Association President Vincent E. Doyle III of Buffalo (Connors & Vilardo). “The State Bar is pleased to provide this service to its members and the legal community.”

This is a terrific idea, and it is to be hoped that other bar associations follow suit.

Now if someone will  develop an app for government ethics…

[Thanks to Robert Ambrogi for the news]

UPDATE: Shortly after this was posted, I learned that another bar association has an app for ethics: the Alabama Bar, which launched the first organized code of professional responsibility that was adopted by the American Bar Association in 1908.

Count Ethics Alarms with those who hope Gawker and its affiliated gadget site Gizmodo get as many books thrown at them as possible if the iPhone theft case gets to court.

As is always the case with Gawker, a completely ethics-free operation that has snickered about its participation in other outrages—such as its “Gawker Stalker” feature allowing people to alert the world to the exact location of any celebrity who is out, you know, trying to live—the sites management is crowing about doing wrong. “Yes, we’re proud practitioners of checkbook journalism,” tweeted Nick Denton, founder of Gawker Media. “Anything for the story!” Anything including fencing stolen goods, it seems. Nicely, the law often has a way of making unethical people wish they were more ethical, and this should be an example of that.

If you have somehow missed the story all the gadget geeks are tweeting about, Gawker released a scoop photo spread on Apple’s yet-to-be-released iPhone after an Apple engineer stupidly, carelessly and unethically left a prototype that he was entrusted with in a bar. It was found by someone who understood its value and who it belonged to, and who also had no more scruples than, well, Gawker. That meant that this California law applied… END_OF_DOCUMENT_TOKEN_TO_BE_REPLACED